Striking while the Eternium is hot (oh man, should have included an Eternium related card now that I think of it...)
https://www.drivethrurpg.com/product/26 ... ile-Empire 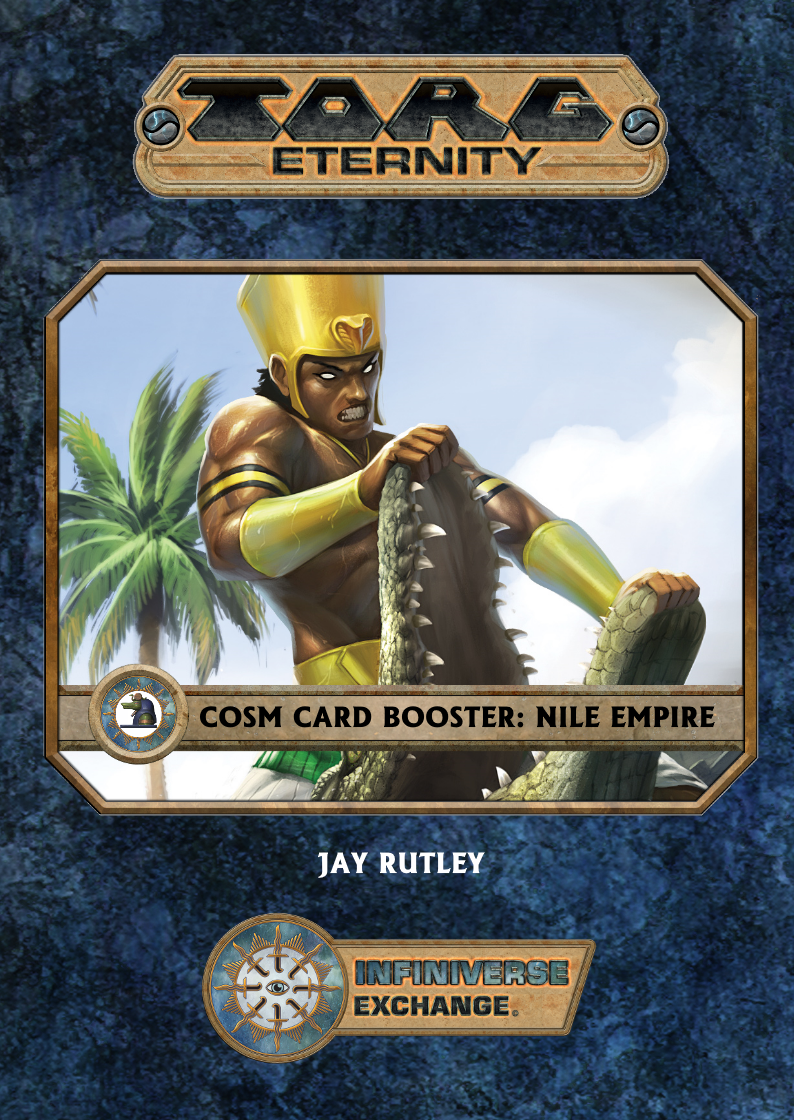 An infinite amount of realities means there are always more possibilities for your Storm Knights to harness! Add 10 new Cosm Cards for use in the Nile Empire in Torg Eternity!

New cards such as KA-BOOM!! or By the Power of Ra! will allow your players to perform additional feats of danger and daring during the dramatic combats the Nile Empire is known for, while cards such as War Weary and Sandstorm emphasize the dangers inherent in this alien reality and the effects of the ongoing horrible war.

Also included are different play-style suggestions on how to incorporate these Cosm Cards into your campaign as well as detailed descriptions and GM tips on how to adjudicate each card.

Individual cards are detailed in the pdf with tips on using it and well as in a compressed PNG file for printing or incorporating into a virtual tabletop environment. Also included is an additional bonus Suddenly... card so you can have multiples in your deck.
Top

I really like the Power of Ra card. It makes sense with such a high Spirit axiom.
Top

Much like the other Boosters I've done I have gone back and made some changes to this one after more playtesting and experience. Everyone who has already purchased it has access to the redone versions automatically, and if you don't - well now that Nile Sarcophagi have arrived what better time is there to try it out?


Other cards have had their wording changed for clarity and have upgraded resolution to better see the art. 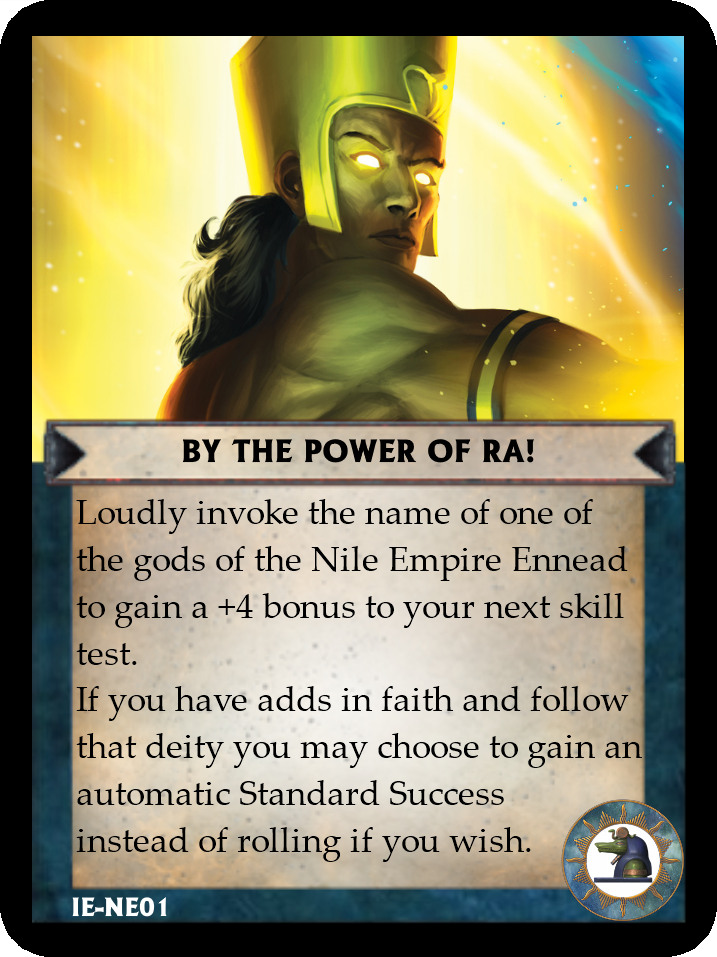 Apologies if this is a FAQ answered in the product itself, but is there a way to obtain these via DriveThruCards so that I can use them without having to sleeve everything?
Our group's Torg Eternity wiki page
Top

pkitty wrote:Apologies if this is a FAQ answered in the product itself, but is there a way to obtain these via DriveThruCards so that I can use them without having to sleeve everything?

Huh. Until now I didn't even know there was a Drivethrucards. I'm pretty sure the Infiniverse Exchange only exists on DriveThruRPG though.
Top

I think it would since DTC is part of DTRPG, but will ask.
Our group's Torg Eternity wiki page
Top

pkitty wrote:I think it would since DTC is part of DTRPG, but will ask.

Technically the Infiniverse Exchange license doesn't protect printing...and we apparently are not going to give express permission for it...if someone is willing to print them for personal use we're not going to stop you.
Deanna Gilbert
Torg Eternity designer
Ulisses North America
Top
Post Reply
8 posts • Page 1 of 1