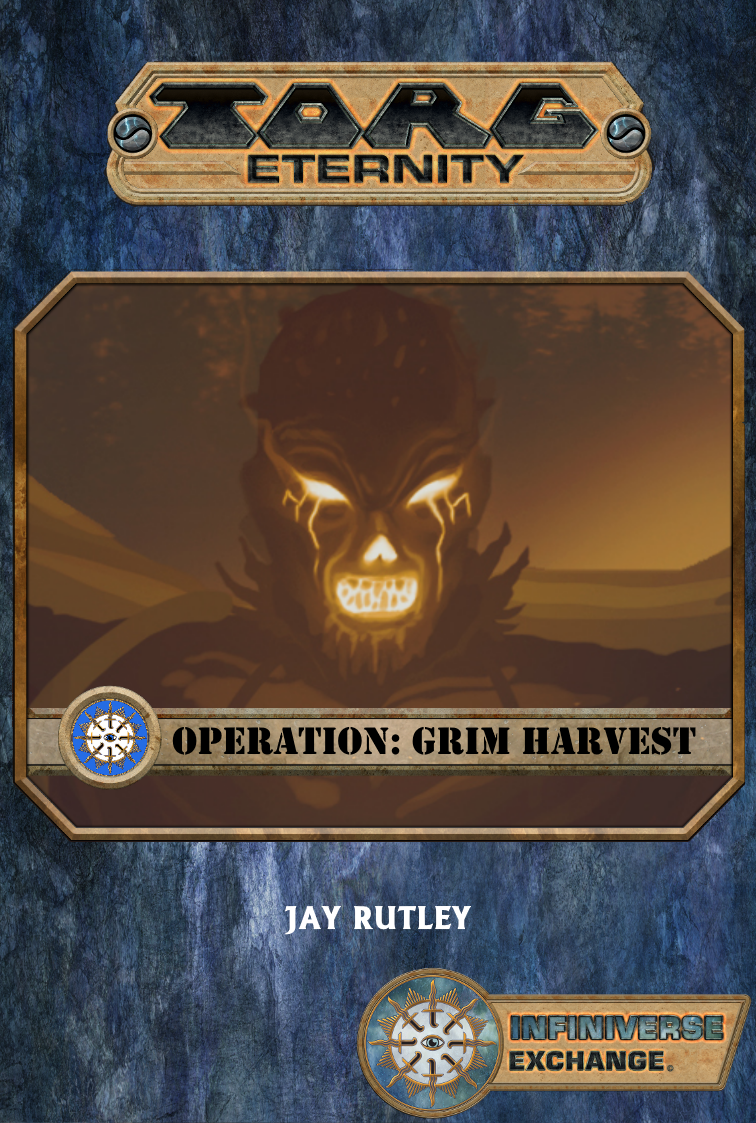 With Reality Raiders invading our reality from without, sometimes Core Earth can forgot about the threats from within. In the American small town of Holly Hill, just miles from the border of the Living Land agents of the militant faction STORMBREAK work towards a secret goal that could change the face of the war.

This single Act Alpha Clearance adventure can be played in a single night and is great for those nights when the GM just doesn't have anything else planned. Surveillance and Combat will most likely by required - though there are still things to do for social characters as well.

Included is a chapter on running the adventure for Beta Clearance characters as well as well as three maps for use with virtual tabletops or that can simply be printed out to give players an idea of where they are.

Can your Storm Knights stop the newest terrible weapon from being unleashed - Gospog of Core Earth!?

So this adventure was based on something I ran my group through. I've always thought there was a lot of focus on the invading realms and not enough on Core Earth - being the "Action Movie Reality" and everything. I ran this like last summer, but finally got around to making it pretty enough to actually be worth putting on the Infiniverse. Let me know what you think!
Top
Post Reply
1 post • Page 1 of 1