We demoed both the duel mode and the adventure mode for this game. Many people who played with us are very excited to back this Kickstarter, especially the people who got to experience our adventure events. Because of the production backups that happen around Spiel, we have decided to delay this campaign by just a couple of weeks. It will now be starting right at the beginning of September, with a fulfillment target of early December. We’ll have it in your hands for the winter holidays!

In our in-depth planning meeting, we also finalized our list of stretch goals and add-ons. We are very excited about these, and we think you will be too! There are quite a few new cards and special accessories to unlock, so keep an eye out for that Kickstarter! 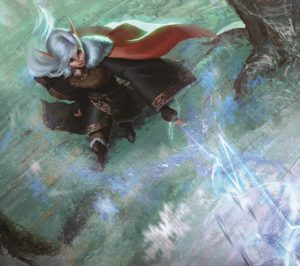 Although we didn’t have a playable demo, George Vasilakos’s beautiful displays caught the attention of many passersby. The new terrain pieces from Reaper helped as well.

We met a number of people who had supported us last year, and we are hoping to offer a Kickstarter that is even bigger and better this year! We appreciate your patience, and we want to reward it with even more goodies! Expect to see that Kickstarter in late September or early October. 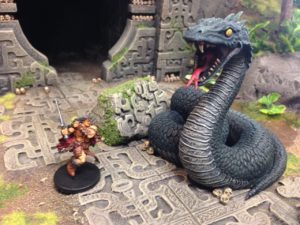 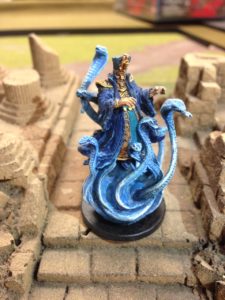 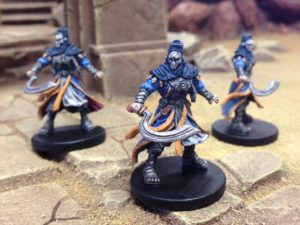 Our most finished product line received a fantastic reception at Gen Con! Everyone was very impressed at how the products looked, and many new fans were very interested in both the mechanics and the world. We were thrilled to talk with all the new Dark Eye converts who are heading back to start running the game in their local stores and groups!

We also got to show off the German editions of some of the things that are coming down the line. There were a number of questions about our release schedule, soI will be trying to put a rough list together over the next week or so. What I can tell you is that the Almanac and the Bestiary are fairly high priorities after Revelations from Heaven, but we also have a number of other adventures and accessories that should be coming soon as well. Keep an eye here for more detail!

I talked about this a bit in the previous update, so check that out if you’re interested in the new edition of Torg!

For all our product lines, I will also add that if you are interested in talking about them or asking questions I haven’t covered here, please head over to our forums! I have created product-specific categories for each line (Torg is coming soon), so feel free to start the conversation. Thank you to all our fans, and we hope that you’ll keep coming back here for all our upcoming announcements!