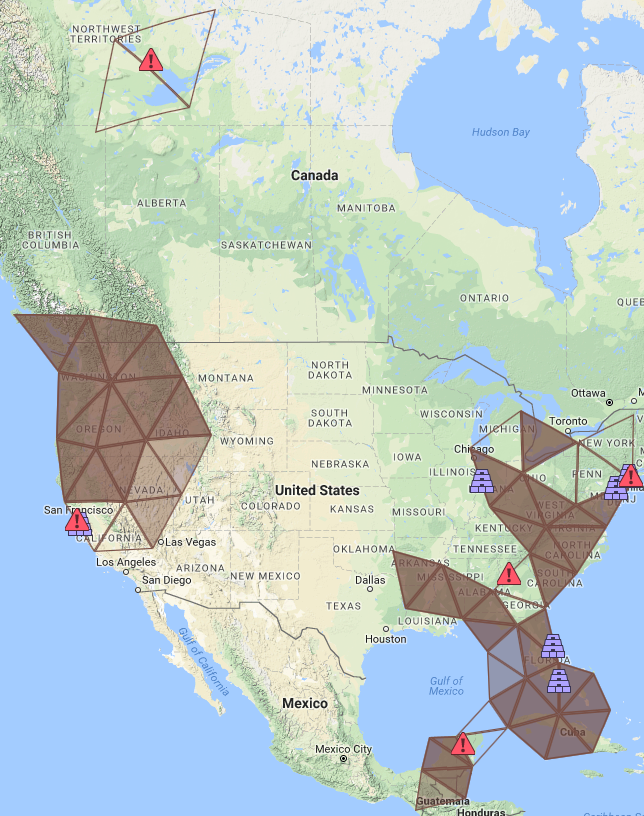 Now that the Torg Eternity Kickstarter products are off to the printers, it’s time to take a look forward to the next Kickstarter—The Living Land! The primitive reality that invaded North America is the focus of the first cosm sourcebook and “super adventure” for Torg Eternity.

Just a general note before we begin. The products being previewed are still in development, so there may be some changes before we release the final product.

The Torg Eternity core book describes the world as it stands at the end of the third month of the war. Each of the cosm sourcebooks will detail what happens over the following nine months. The High Lords have been busy, but the Delphi Council has slowly recovered and is staunching the tide.

Kaah expanded the territory under his control on both coasts of the United States, but he has not made an earnest push to join the Eastern and Western Lands. Instead, the High Lord expanded south, first into Florida and then to Cuba, joining up with his territory on the Yucatan Peninsula.

Still, for as much territory Baruk Kaah holds, he expected to control much more, and his expansion slowed considerably in the last few months. In fact, he lost territory as a group of renegade Stormers pulled a stela near Nashville, causing multiple zones to fail. Unfortunately, the zones hadn’t been seeded with stories and as Core Earth’s reality rushed in, millions of people perished, vanishing into “what ifs.”

More recently, a Delphi Council Storm Knights properly prepared a zone covering southern Missouri and destroyed the stela there, showing to the world that the heroes of Earth truly could fight back and retake territory lost to the invaders.

Many hardpoints have cropped up as well, including in some areas that had previously been entirely under the control of the Living Land, such as New York City. However, not everything has gone Earth’s way. Baruk Kaah, demonstrating the incredible spiritual power at his command, led a huge congregation of edeinos and caused a massive earthquake which utterly destroyed the hardpoint of Seattle, killing countless refugees as well as causing great damage in the ruins of Portland and Vancouver, British Columbia.

The Rise of Rek Stalek

As if pesky Storm Knights weren’t enough, Baruk Kaah has another thorn in his side. Thrakmoss is gaining followers and turning them from worshiping Lanala, but instead Rek Stalek, the edeinos god of death. Thrakmoss commands the Whitespear Clan and now hordes of undead dinosaurs stalk the jungles of the upper Midwest.

Over the next several weeks we’ll be highlighting different parts of the upcoming products for the Living Land, including Perks, miracles, creatures, and even a mysterious domed world—a land below the surface.