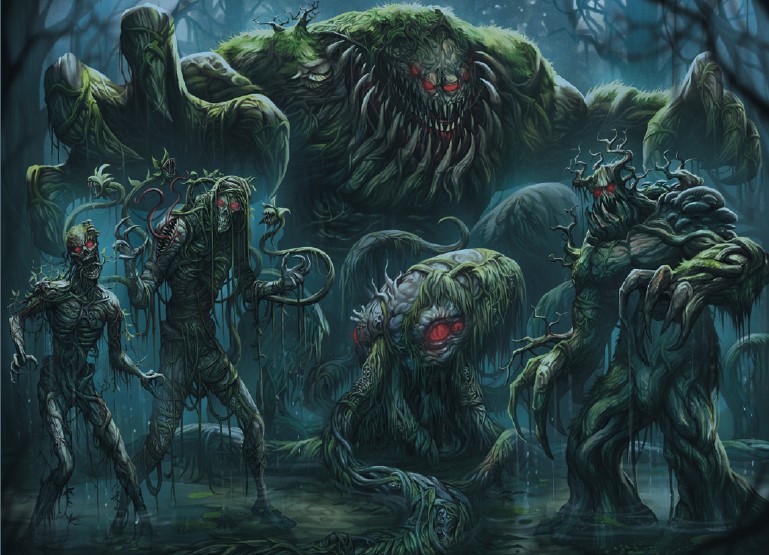 This week we’re taking a look at the foes and threats Storm Knights face when exploring the Living Land.

First up are the iconic creatures of the Living Land: dinosaurs. Now, we fully admit, the Living Land’s dinosaurs aren’t necessarily scientifically accurate, but instead are more like the state of the knowledge of prehistoric creatures in the 1980s. Velociraptors are bigger than they’re supposed to be. They, along with tyrannosaurs are entirely covered with scales rather than having any feathers, and this category of threat also includes creatures that technically aren’t dinosaurs at all, like pterodactyls.

However, you’ll find the classics including Ankylosaurus and Brontosaurus (it’s a thing again!), as well as a favorite from Original Torg, the Borr Aka:

A few undead dinosaurs, found mostly in the upper Midwest (for now) are included in the threats section. We previewed the Z-Rex previously, and other examples include the ghoulasaurus and skeleraptors.

The Living Land Threat chapter greatly expands the variety of edeinos that can oppose (or aid) the Storm Knights’ battles. These include a sample edeinos priest, examples of warriors from each of the main clans, and the champions of those clans (who are Beta level foes). One of those is Spearhand, the mute champion of the Whitespear clan: 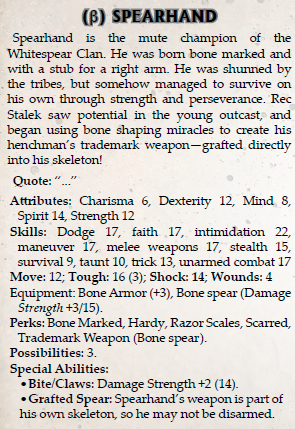 Not all the creatures in the Living Land are from Takta Kerr, some of them are ‘home grown’ on Core Earth, including cryptids like the Sasquatch and Chupacabra, and humans like the Cartel Enforcer and Losangrados Priest (think Aztecs!). 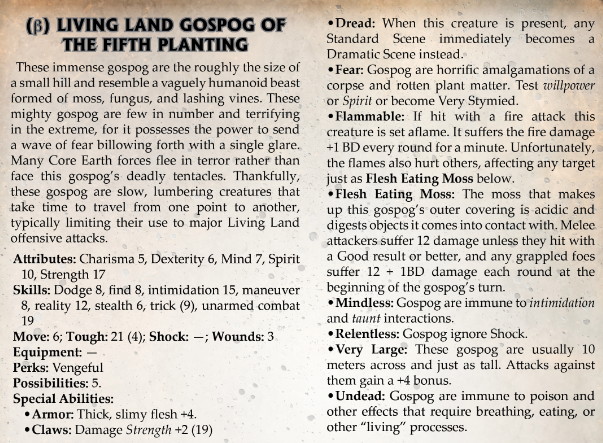