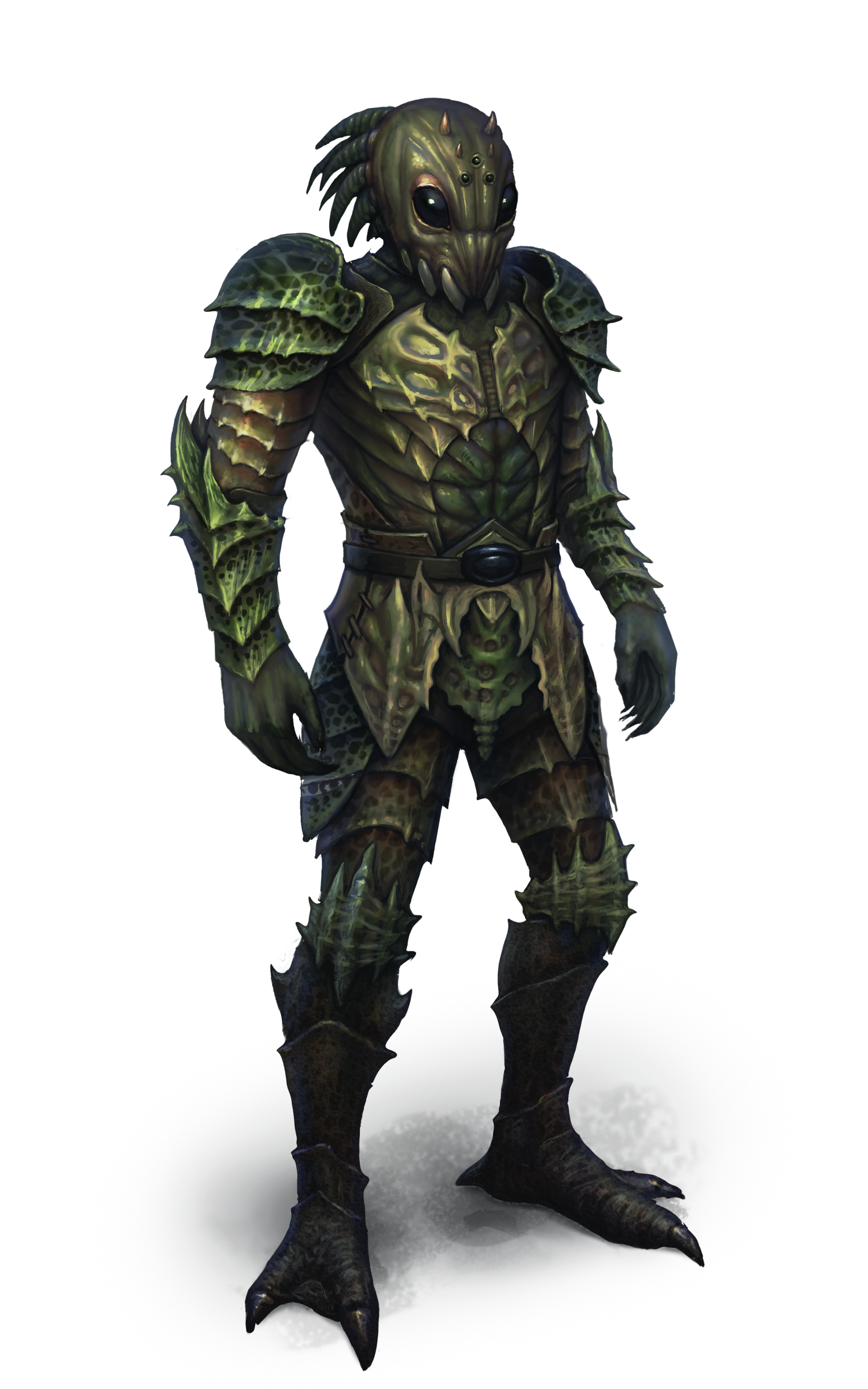 This week we have some good stuff. Literally.

Even though the Living Land is a low Technology realm, that doesn’t mean you don’t find “stuff” there. Much of these items are available for barter with friendly edeinos tribes, and some is provided by the Delphi Council, including their ubiquitous Survival Kit. Some general gear includes Gara Juice Lotion, a plant based sunblock, Deeproot, which allows the person chewing it to use it to breathe, even underwater (with a bit of help from Lanala), and Tribal Markings: 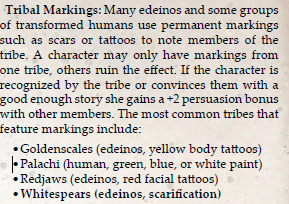 The armor and weapons that edeinos use are primitive, but effective. Some, like the Hrockt-shoot Shield and Boneforged Spear are considered Rare items unless you’re a worshiper of Lanala or Rek Stalek, respectively. Others, like a Kesta Hive, are like insect-based grenade-like weapons.

Some examples of sacred items in the Living Land sourcebook include Bonerazor, a vicious weapon that causes Strength +5 damage, and makes faith tests Favored (but you’ll have to take it from the current owner, Thrakmoss!) and the War Shell, which provides +5 Full Body Armor, is Max Dex 10 and Min Str 12: 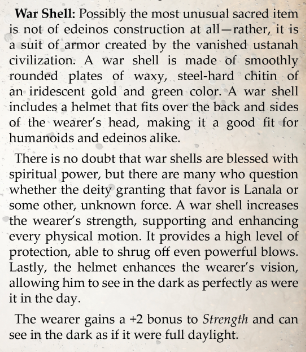 A variety of mounts and vehicles that are found in the Living Land (albeit some are brought in from outside) are detailed, including Monster Trucks, Giant Wasps, and even a Triceratops or Velociraptor. If you need to know how fast a Hadrosaur can move with you on it, now you’ll know.

Oh, and we’ve got horses too.

One of the unique kinds of gear found in the Living Land are poisons. These are not easy to acquire, and can be literally deadly. Venom from Giant Wasps and Emperor Cobras are listed, among others, including the dangerous Night Root:

A character can coat a melee or thrown weapon with a dose of poison and it lasts for a scene. But accidents happen, and on a Mishap when attacking with the weapon, the character suffers from the effect of the poison.