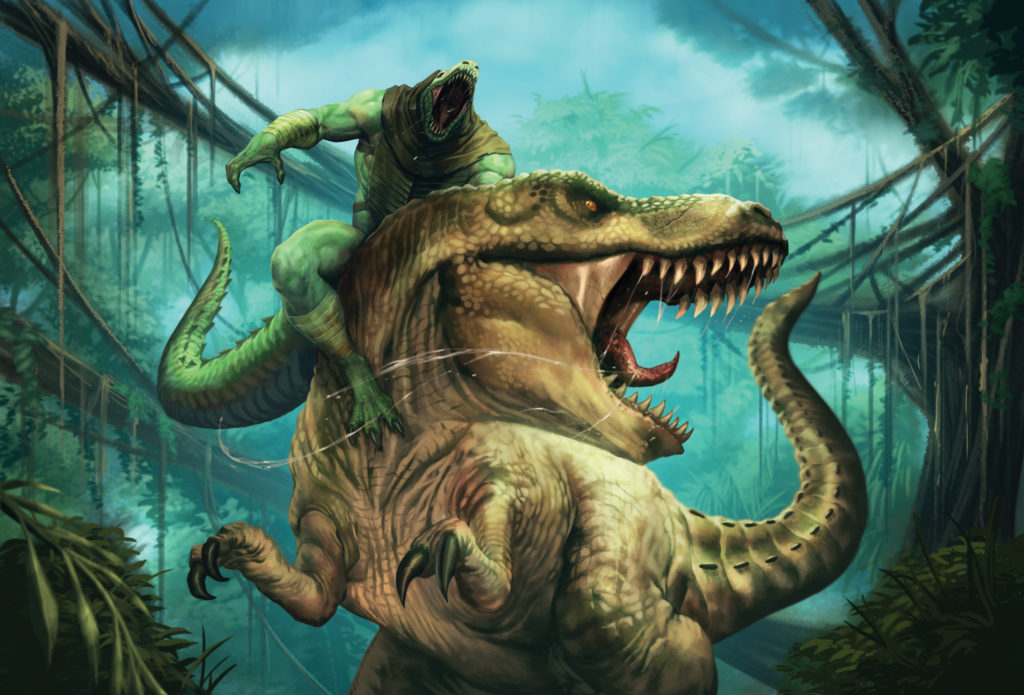 We’ve talked previously about how reality works in the world of Torg Eternity, but how does the invasion itself progress, and how do the Storm Knights fight back? Some of the details are different from Original Torg, largely in order to replicate the fiction within the rules.

An invading reality is bound by a network of stelae, whose appearance varies according to the nature of that reality. Stelae form triangular zones with sides no longer than 500 km (or about 300 miles). Each stela can only connect with six others. This network of stelae holds the invaded reality at bay and intercepts Possibility Energy that the invaded reality sends to its denizens trapped in enemy territory.

The High Lord starts the invasion by dropping a maelstrom bridge, connecting his reality to Core Earth. When the maelstrom bridge lands, it sends an ‘axiom wash’ out to the stelae boundary, and this transforms the land and about a third of the  local population. The zone containing the maelstrom bridge starts as a Dominant Zone but quickly becomes a Pure Zone. Outlying zones start as Mixed, but during the initial invasion, the High Lord may choose to flip zones to Dominant by expending Possibility Energy.

The transformation of the land is rapid. Non-living objects transform in less than a day in a Pure Zone, and a week in a Dominant Zone. Living creatures take much longer (at the same rate as in Original Torg).

The invading High Lord expands his territory by activating new stelae. Each new zone starts off as Mixed. Sometimes these zones are left to flip to Dominant naturally over a 3-6 month period. Often, the High Lord sends in an amount of denziens of his reality (this number is left undefined but is in the thousands). Once the critical amount is reached, the High Lord can use his Darkness Device to flip the zone to Dominant, which results in an axiom wash much like an initial invasion. 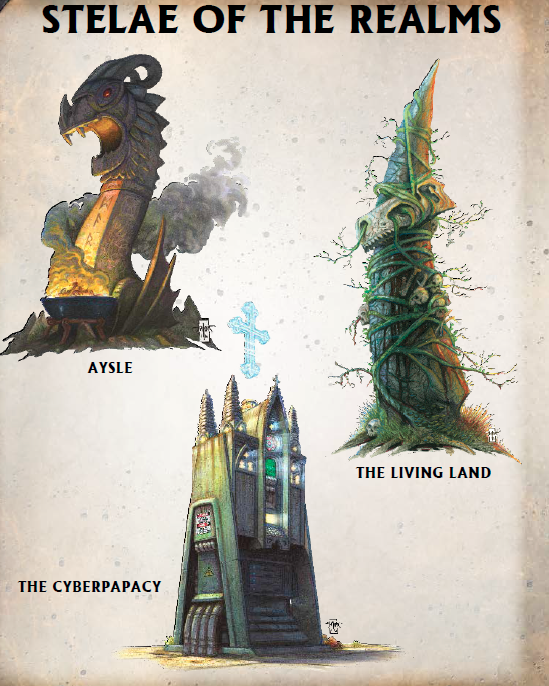 Storm Knights are critical to defeating the High Lords, not only by interfering with their plans but by actually destroying stelae and taking back territory. They achieve this by performing incredible feats of heroism, represented by playing a Glory card. This Destiny card can only be played when someone takes an action and rolls a result of 60 or higher, and when played, the Storm Knights gain the following benefits:

Once a Glory result has been achieved stelae can be ripped up (once they’re found) via a Dramatic Skill Resolution task. However, they must be quick about it! The Darkness Device will detect the assault and send reinforcements via dimthread. Once the stelae is destroyed, the zone collapses and Core Earth’s reality returns. An axiom wash does not occur with this transition, though the reality storms that form can still transform those caught within them.

Although Torg Eternity doesn’t focus strongly on actually ripping up the stelae, we do provide some support in case your players want to emphasize that aspect. One example is  the Storyteller Perk, which Core Earth Storm Knights can select. By telling stories about the events that led to the Glory result, the storyteller can get a pool of one to three Possibilities that anyone who heard the story can use, even if they’re Ords!

Eternity Shards are the ‘artifacts’ of Torg Eternity—items infused with the Possibilities of reality itself. Each Eternity Shard belongs to a particular cosm and represents the stories, legends, hopes, and dreams of the denizens of that cosm. All Eternity Shards have a blue/red color scheme somewhere within them no matter the material of which they’re made. Eternity Shards store Possibilities that Storm Knights can tap, but only for the Shard’s purpose.

Here’s an example of an Eternity Shard from Tharkold: 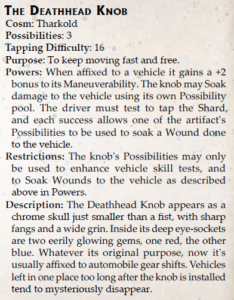 We’ve only lightly touched the ways that Storm Knights will take the fight against the High Lords. If you have any questions, just head on over to our forums and ask away.