The Drama deck was arguably the most innovative game mechanic introduced in Torg and it was a no-brainer that Torg Eternity would have it too. However, production values are held to a much higher standard now, so we decided to split the Drama deck into two: one GM facing and still called the Drama Deck, the other player facing and called the Destiny Deck. Currently there are over 90 Destiny Deck cards and around 40 Drama Deck cards. The cards are standard sized and full color.

Each player gets four Destiny cards at the start of the game, which he or she can play at any time as long as the Scene isn’t in combat or Dramatic Skill Resolution. Once that happens, the players can only play cards from their “Action Pool.” Players build their Action Pool each round by putting down one of their Destiny Cards at the end of their turn.

Each Destiny Card lists some sort of advantage: 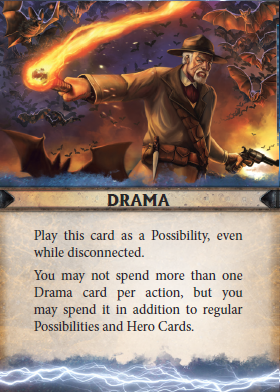 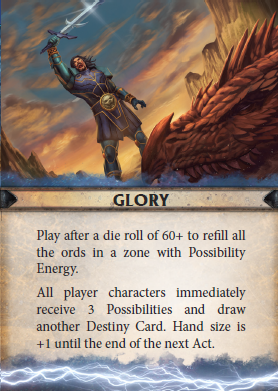 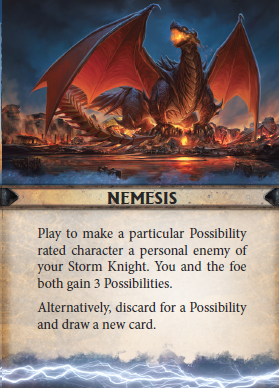 Players can trade Destiny Cards with each other one-for-one, and in fact, this is often necessary when fighting particularly powerful foes.

As before, players can draw additional cards from the Destiny Deck in combat or Dramatic Skill Resolution by successfully performing Approved Actions (such as taunting an opponent) which are indicated on the Drama Deck cards.

Veterans will see that the Drama Deck cards look similar to Original Torg, other than the addition of some great artwork that shows off the amazing cosms and a core set of iconic heroes.

It works the same, too.The GM flips a card from the deck each round of combat or Dramatic Skill Resolution. That card indicates which side (Heroes or Villains) gets initiative in the round, and whether or not they get an advantage or disadvantage of some kind.

Advantages include Flurry, Inspiration, and Up (though Up advantages are more rare than in Original Torg). Disadvantages include Confused, Fatigued, Setback, Stymied, and Surge (which forces everyone on the afflicted side to check for passive contradictions).

Each card also lists one or two Approved Actions and a set of letters for Dramatic Skill Resolution. 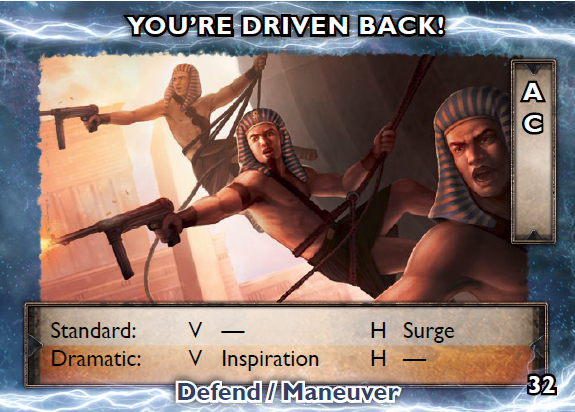 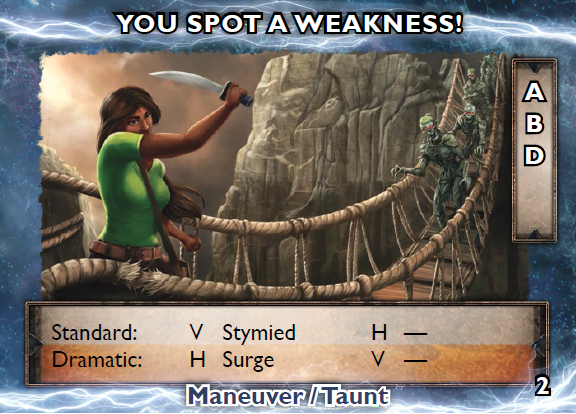 One of my personal favorite new mechanics is the addition of the Cosm Decks. These decks, with about 10 cards for each cosm, are the spiritual successor to the ‘cosm specific’ Drama Deck cards in Original Torg like The Will of Lanala! The problem with those cards was that they were few in number and shuffled in with all the other Drama Deck cards, so may rarely have been seen, and often in a cosm with which they weren’t associated.

At the beginning of each Act, each player gets one Cosm card from the group’s current reality. If the player still had one from the previous Act, she loses it.

The player can choose whether or when to play the card, but once it’s played she’s out until the beginning of the next Act (with a couple of exceptions). All of the Cosm Cards highlight features of the cosm, either directly applying one of the World Laws, or just playing to one of the cosm’s tropes. Many of the Cosm Cards result in drawbacks for the heroes, but there’s always some sort of benefit they receive in return, usually Possibilities.

Cosm Cards are, in fact, the main way that players can control how many Possibilities they get during an adventure.

If for some reason the scene shifts from one cosm to another within an Act, those who still have Cosm Cards discard and then draw new ones from the new Cosm Deck. 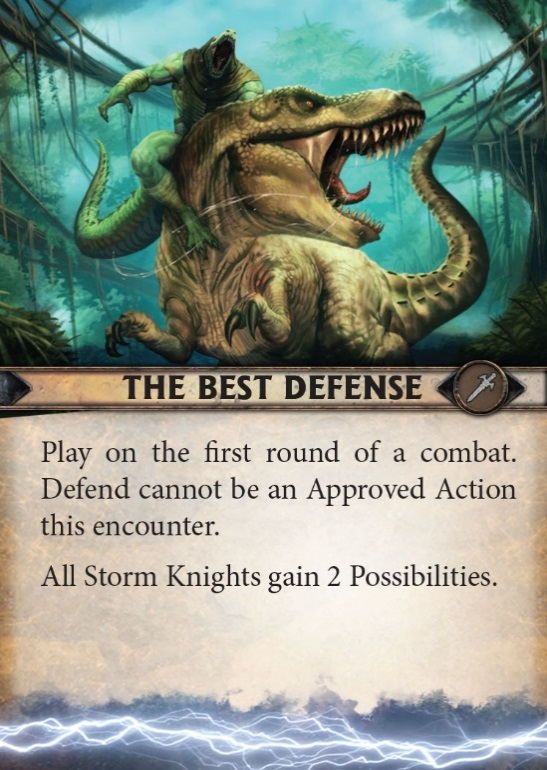