Earlier this week we introduced you to a couple members of the zombie crew of the Ship of Lost Souls. But the ship is not all bad – it’s also filled with fabulous treasure! Except there’s a bit of catch. Most of the treasure on this haunted ship is horribly cursed…

Cursed treasures in Ship of Lost Souls are available as the heroes work through the main adventure. You have a chance to acquire them in the first chapter and hold onto them throughout the rest of the adventure. They can be very helpful if you break the curse, but first you have to do that. Let’s take a look at the Jeweled Bracelet first: 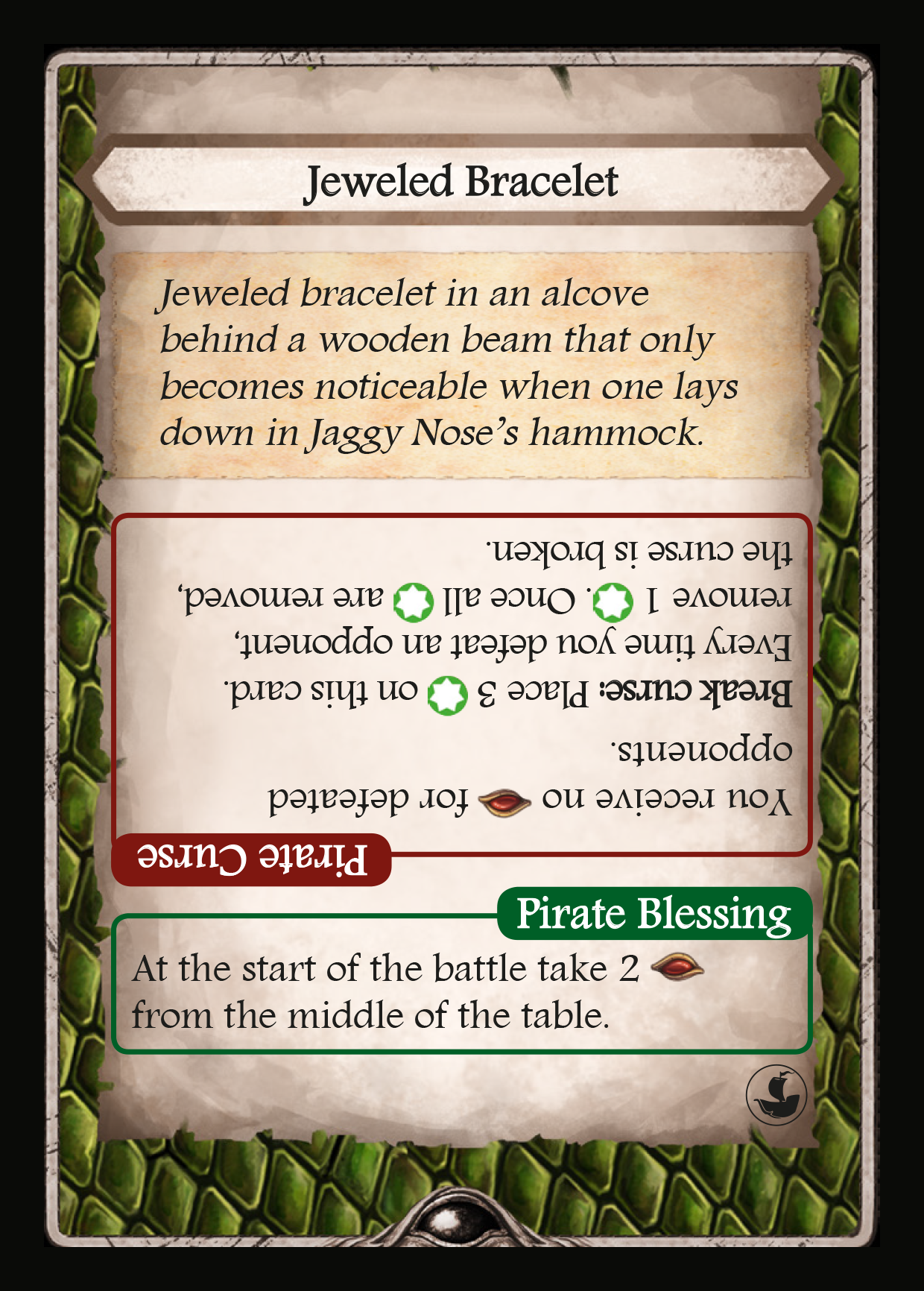 As you can see, the card has both a blessing and a curse. When you pick up a treasure, you flip it over and show the “Pirate Curse” side up. In this case (for those of you who are not skilled at reading upside-down), the curse prevents you from receiving the usual Fate Point reward for defeating an opponent.

To break that curse, you’ll need to defeat three opponents. As you defeat them, you will remove the Adventure Counters from this card. When they are all finished, you may then flip the card to the “Pirate Blessing” side. The blessed version of the bracelet then allows you to take two Fate Points at the beginning of combat, so you’ll want to break that curse as early as you can in your adventure. 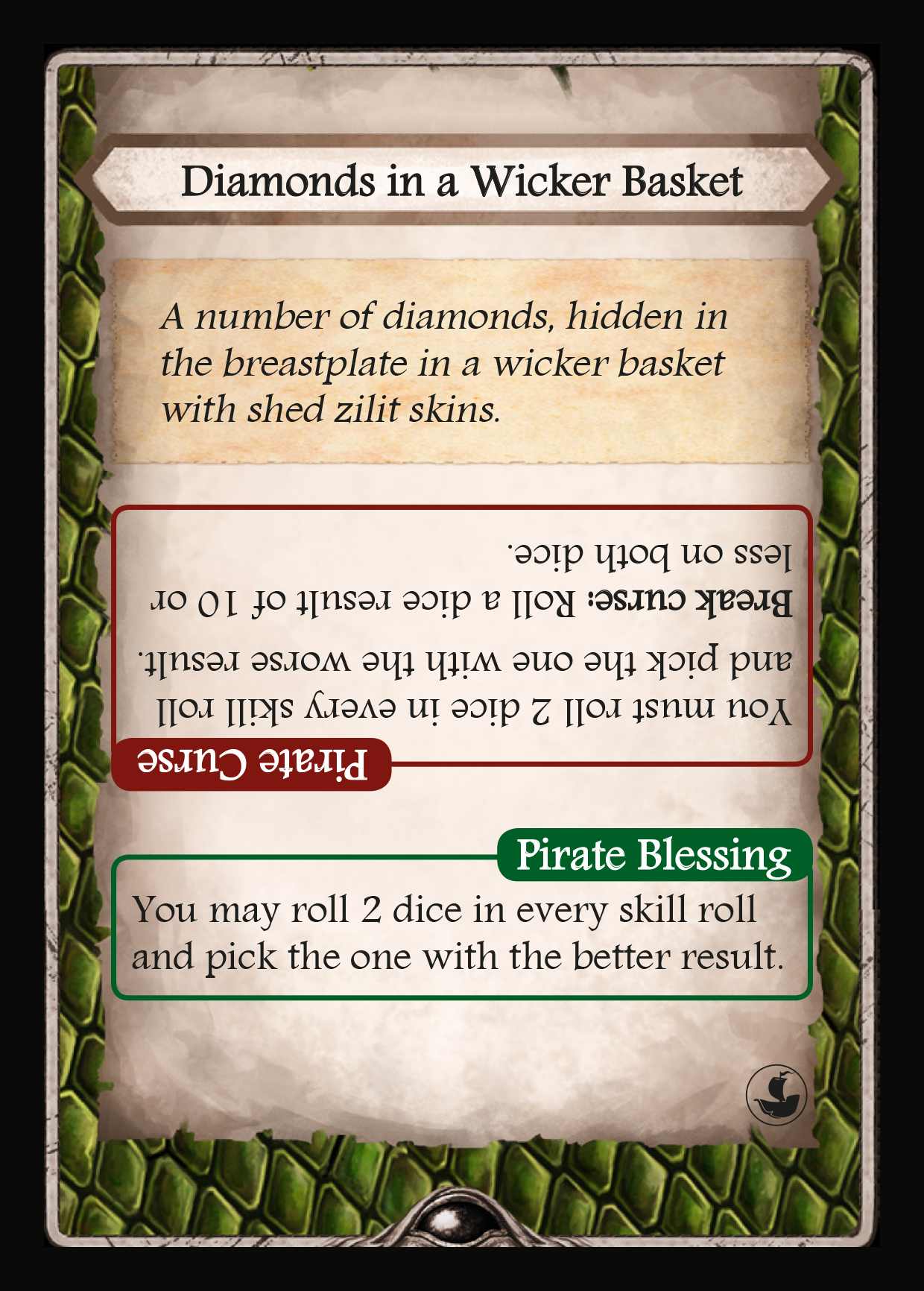 Some curses are a little more random. The Diamonds in a Wicker Basket curse might never break. It forces you to roll twice for skill rolls and take the worse result, and it only breaks if you roll badly on both dice. But if you do break it, the blessing can be very useful.

There are quite a few cursed treasures in Ship of Lost Souls with a wide range of curses and blessings. Get them all through the Aventuria Kickstarter!