There are a number of new rules in the two expansions that have been release for Aventuria, Forest of No Return and Ship of Lost Souls. In our next few previews, we’ll be looking at some of the cards that introduce those new mechanics.

Forest of No Return includes quite a few henchmen with the “Animal” keyword. One of the things you’ll notice is that this keyword has subcategories. So while it is possible for an adventure to allow for all animals, it is much more likely that they will specify certain types of animal, like “Forest” or (in Ship of Lost Souls) “Sea.”

Many animals are otherwise similar to the henchmen you’ll find in the Aventuria base set. But some have a new keyword: “Swarm.” 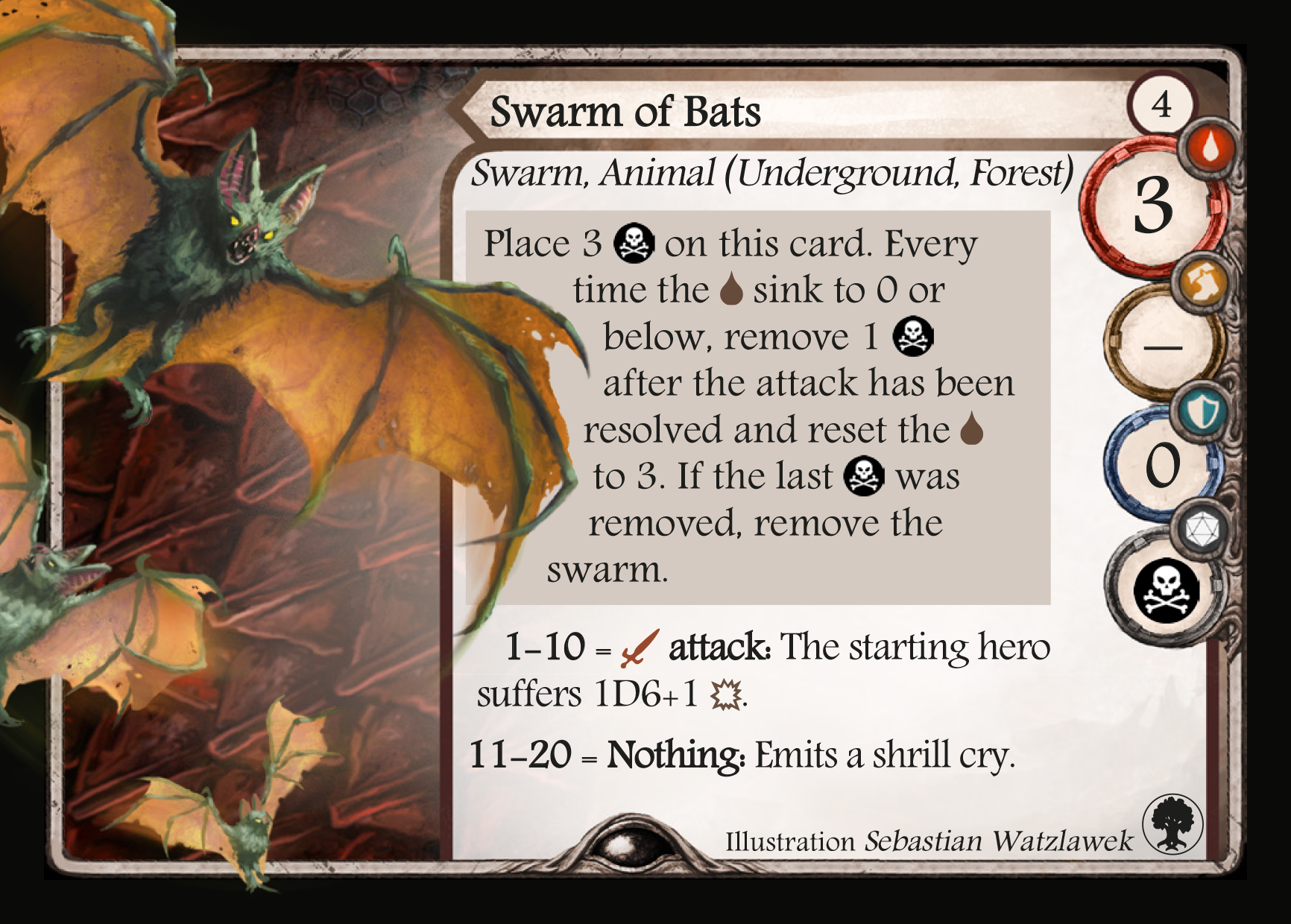 The “Swarm” keyword brings along with it a number of new rules. The first thing you’ll notice is that there is a large text box occupying the action of this card. This text box is the core of how swarms work. They receive a number of doom counters (usually 3), and each counter represents a portion of the swarm that must be defeated independently. If you do enough damage to reduce the card’s life points to zero, you have simply defeated one counter’s worth of swarm.

In addition, the swarm takes a number of actions equal to the doom counters it has left. So this Swarm of Bats may not be very intimidating, but when it’s rolling 3 actions, all of which hit half of the time, the starting hero is likely to take some damage.

This card is one of the simplest swarms – other swarms may have a wider variety of actions – but you can still see that you will probably want to deal with this minion sooner rather than later.

Check in next time when we take a look at Brother Hilbert, Blessed One of Peraine. And meanwhile be sure to take a look at the Aventuria Kickstarter!