Thorwal is the land of harsh and frozen seas, and it breeds strong warriors. Among them is the legendary Tjalva Garheltdottir, famed for both her ferocity and her giant stature. This hero is featured in Ship of Lost Souls, the second expansion for the Aventuria Card Game. 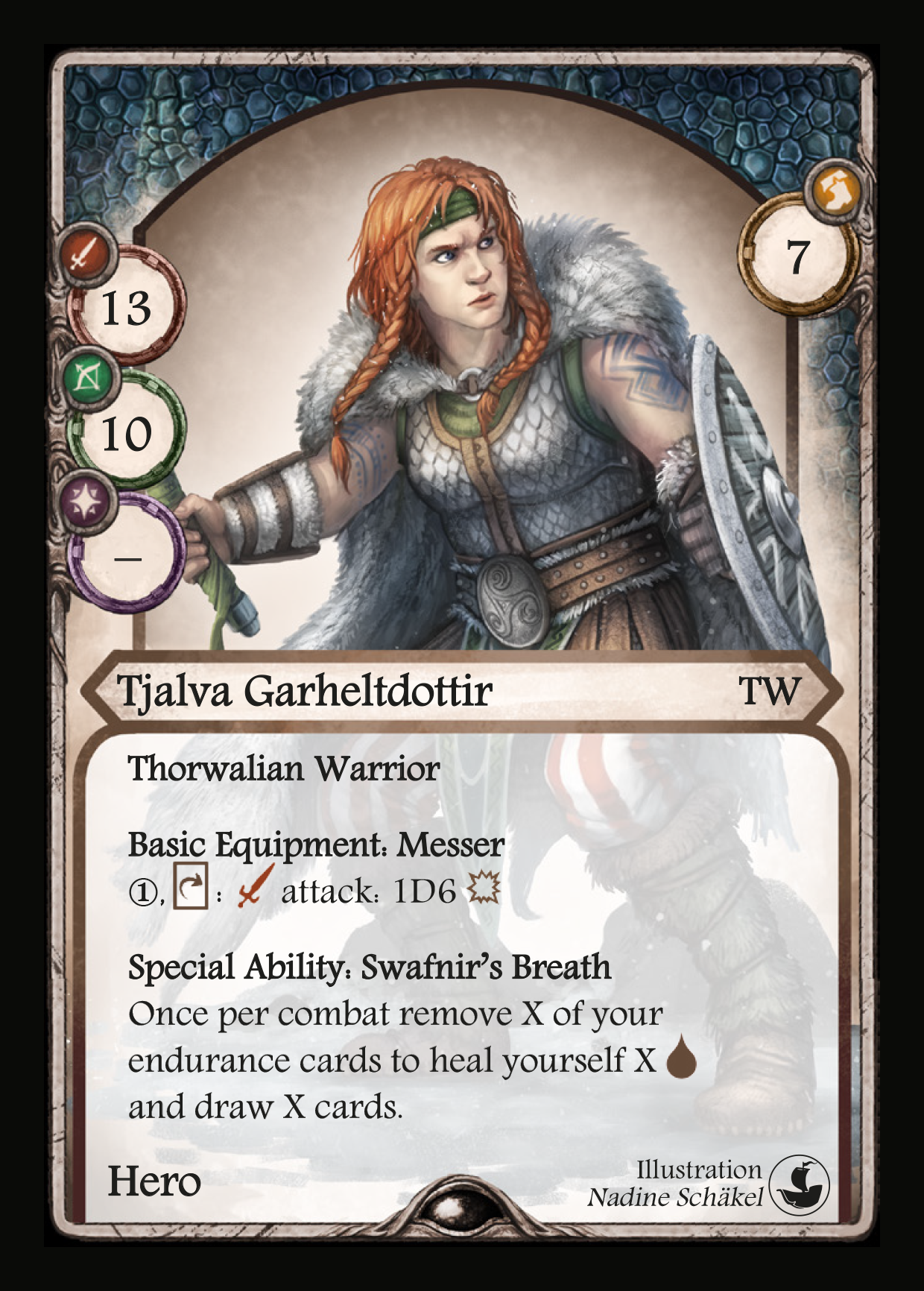 As you can see, Tjalva does not use magic. But she is a powerful close-combat fighter. Like Arbosh, she depends to some extent on her weapons and armor, so you will need to have the endurance to bring those out. But once she has her equipment, she can use her special ability to recycle some of that endurance for health.

Although Tjalva is not herself a Blessed One, she is devoted to Swafnir, the whale-god of the northern seas. Both her special ability and her unique cards show this close connection. 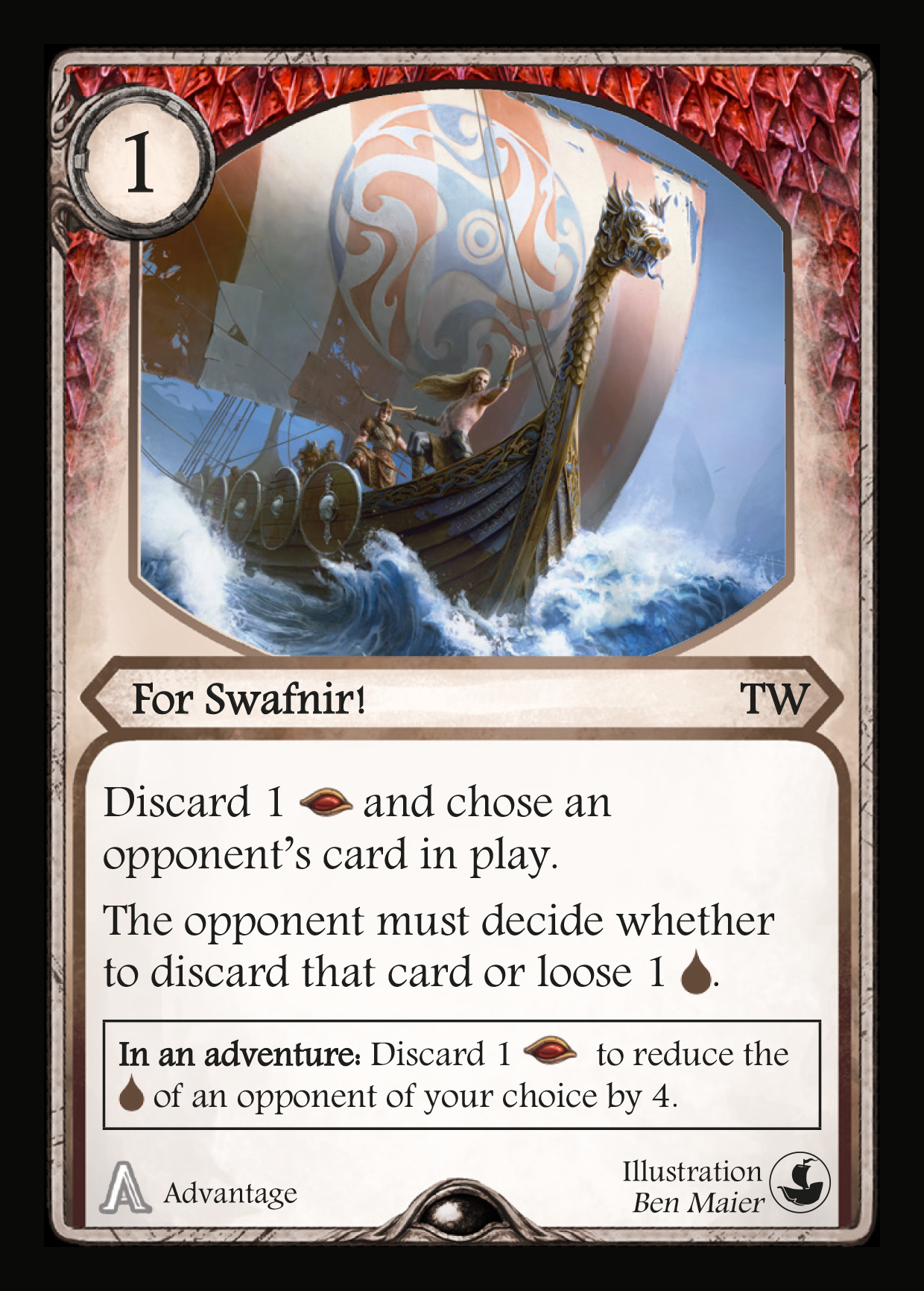 (Note that these samples are from the demo set. Some edits have been made since then.)

Tjalva also has a number of cards that represent her ability to channel her rage in combat. We’ll take a look at some of these next time.