Now that we’ve spent some time with Brother Hilbert in the Forest of No Return, let’s examine some of the things that make our second expansion, Ship of Lost Souls, special as well. The Henchman deck for this expansion includes a zombie pirate crew that is used in all three chapters of the title adventure as well as the short adventure “Rietholtz’s Treasure,” so you’ll get to know them fairly well.

This is great for me, because they are some of my favorite minor characters in the entire card game.

The zombie pirate crew is a particularly flavorful set of henchmen. For the most part, they play like other Henchman cards you have seen, but they have a few unique properties that give them their zombie flavor. Let’s take a closer look at two of them: 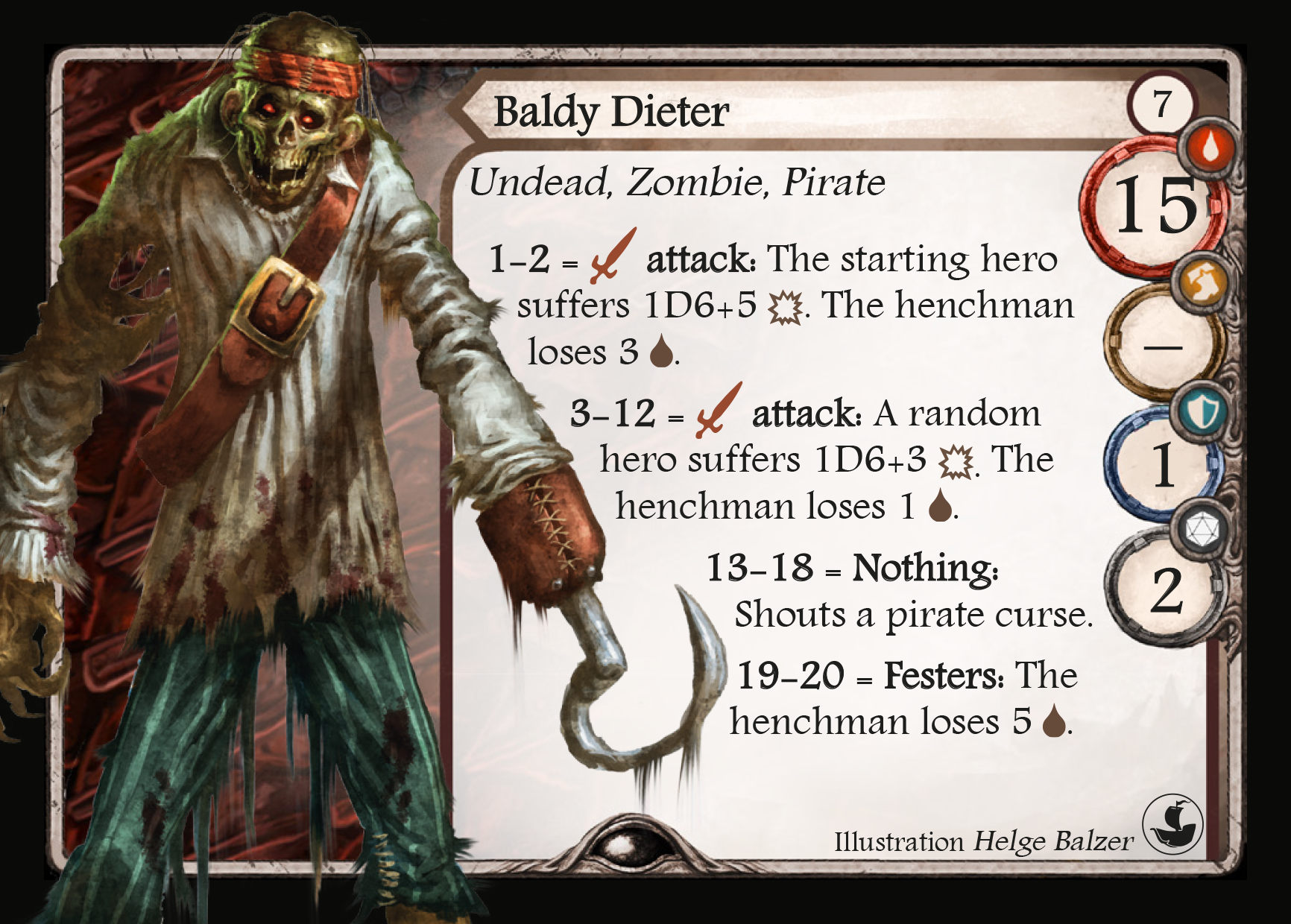 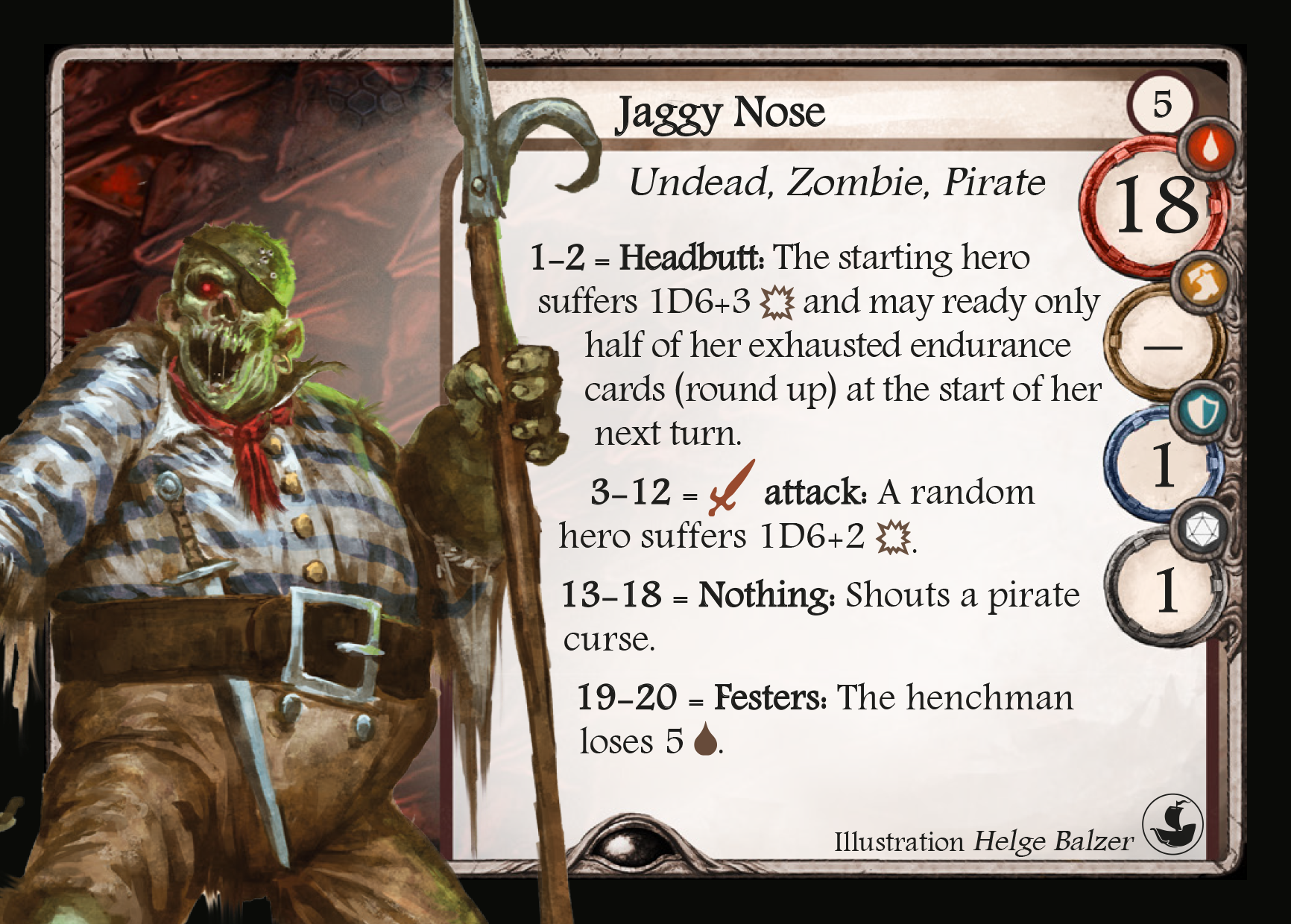 One thing that will stand out right away is that zombies do not flee. Many Henchman cards include “Flee” as their top option, which usually only activates if the Leader has been defeated. But these zombies have “Festers” instead. This means two things – first that all the zombie pirates will stick around until the bitter end, but also that a zombie rolling badly from the start may see that bitter end arrive quite a bit sooner. (Baldy Dieter has a particularly hard time staying in the fight. Even when he attacks, bits of him keep falling off.)

All of the zombie pirates have amazing art and interesting personalities. I hope you’ll enjoy meeting them in Ship of Lost Souls. Pick it up on the Aventuria Kickstarter now!