Calling Out Across the Universe

Since we’ve already talked about class and faction, let’s talk about the third major decision you’ll make when creating a character: calling. It’s your character’s profession. (Although that word might be well and good for a guilder, it’s certainly not fit for a noble — it implies “work”, for Pancreator’s sake! And a priest has a calling, not a job. So, to placate the ruling classes, let’s just call it “calling”.)

The core books present a number of callings associated with each class (noble, priest, merchant), as well as ones that are open to anyone (including yeomen). Callings are not specific job titles with specific job descriptions; they’re broad categories that can describe a number of different but similar practices. For instance, a Merchant Banker could be an actual Reeve banker and loan officer, or it could be a Muster quartermaster, managing the logistics of their mercenary unit; a Charioteer venture trader, investing in others’ businesses to draw a profit from all of them; a Scraver mob boss spreading the wealth through a network of favors; or an Engineer mathematician running the odds and reaping big payouts from ventures nobody else saw coming. 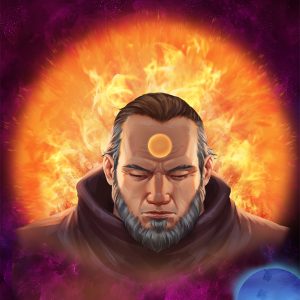 Some callings are broad enough that members of any class can practice them. Some examples of these “open” callings are: Artist (a sculptor, painter, actor, musician), Cyborg (you’ve spent time acquiring and adjusting to cybernetic implants), Mercurian (you’re an intergalactic prankster), Psychic (you’ve got psychic powers! Congratulations?), and Theurgist (you can channel the power of the Empyrean! Look kindly upon us.).

But what does a calling actually give you on your character sheet? It allows you to choose from a list of perks available to that calling. Many callings share perks with other callings, but you can’t gain a given perk unless you follow one of its prerequisite calling(s). For example, you can’t gain the Mantok martial-art perk unless you’re a priest who follows the Brother Battle calling. You can’t gain the Vicious Insult perk unless you follow one of the noble callings of Conspiracist, Courtier, Spy, or Sybarite (“If words can hurt, yours are mastercrafted rapiers.”) 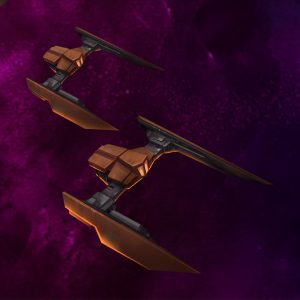 How do you follow a calling? At 1st level, and then each time you gain a new level thereafter, you choose a calling from the ones available to you (from your class list, or from the open list). You can keep with the same calling, deepening your understanding of its abilities (perks), or you can swap to a different one, gaining access to its list of perks. Now, you’ll want to have a good roleplaying reason for switching. If you’re too much of a professional butterfly, no one will want to invest in training you with their hard-won secrets. Even when you’re just moving from one of your house/sect/guild’s functions to another, there’s often inter-departmental rivalries that prevent people from easily shifting careers. Of course, player characters are exceptions and should be allowed more leeway.

To sum up, you might begin at 1st level as a priest Occultist, which gives you access to perks like Counter the Dark and Scent of the Witch. At 3rd level, maybe your initial curiosity about esoteric matters has turned to fear and you become an Inquisitor, with perks like Armor of Purity and Witch Hunt. By 6th level, you’ve softened and realized your zealotry has done more harm than good, so you become a Mendicant, preaching the simple word of the Pancreator’s grace with such perks as Fortitude in Faith and Vow of Poverty.

1 thought on “Calling Out Across the Universe”