Today we’re going to focus on a simple one-shot card that helps us explain in more detail a number of the mechanics and design principles of Aventuria. This card, Suffocation, is from the hero deck of Mirhiban Al’Orhima, the Tulamydian Mage. 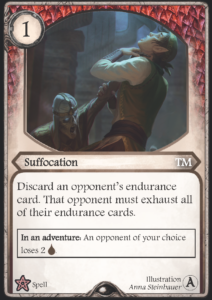 END_OF_DOCUMENT_TOKEN_TO_BE_REPLACED

We have now finished posting a plethora of videos on the Kickstarter campaign, and we are excited to share those with you.

END_OF_DOCUMENT_TOKEN_TO_BE_REPLACED

If you read our first card preview, the Bandit Thief, you may have noticed some cryptic text towards the bottom and wondered, “What is this hourglass thing doing here?”

That hourglass is a Time Counter, and it’s part of the mechanic that makes Adventure Mode combat challenging but also flexible. To explain more, we’re going to talk about the Time Scale cards. 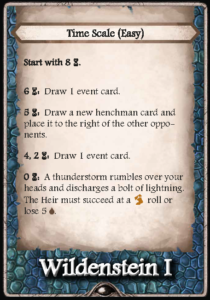 END_OF_DOCUMENT_TOKEN_TO_BE_REPLACED

(This article contains mild spoilers for one of the adventures in the Aventuria base set.)

The Adventure Mode in the Aventuria Card Game has two phases. First, there is the story, in which the text of the adventure is read and the heroes face skill challenges that can improve or worsen their overall position on the way to the final conflict. A typical adventure chapter has about 3 to 4 skill challenges during this phase. Then comes the combat, in which the heroes fight against a combination of Leaders and Henchmen. The abilities of the Leader and the specific Henchman drawn provide quite a bit of variety in the combat experience, but there is usually even more going on. END_OF_DOCUMENT_TOKEN_TO_BE_REPLACED 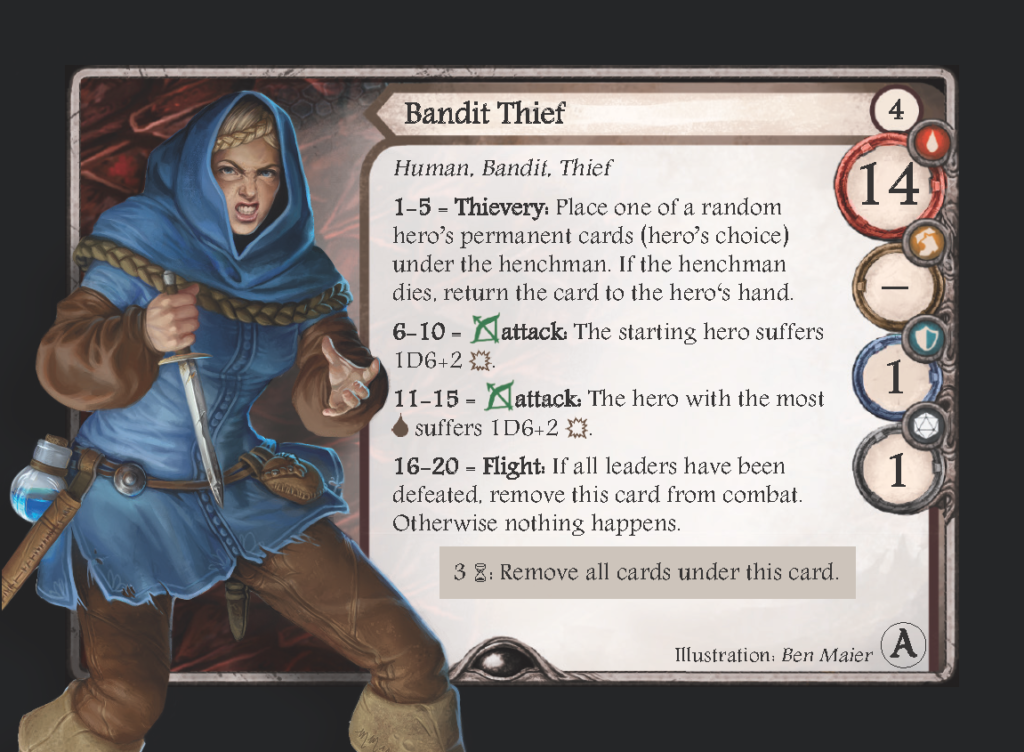 END_OF_DOCUMENT_TOKEN_TO_BE_REPLACED

The Aventuria Kickstarter is Live

We’ve talked before about the structure of the pledge levels, so you already know what to expect. Now come help us make this great game and unlock some amazing stretch goals!

Arm yourself for battle! The Kickstarter for the English edition of the Aventuria Card Game launches this week! 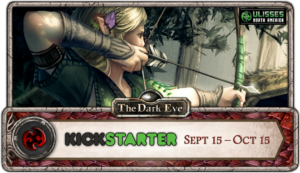 As we had mentioned in our previous post, you won’t need to make a lot of add-on decisions or worry about shipping right at first. However, if you feel like jumping into the deep end, there are a very limited number of pledges at our highest level, which is something very special indeed. We expect those to be snapped up quickly.

The stretch goals won’t be visible at launch, but we will be watching very closely. We’ll start posting stretch goals once we reach our funding target.

Come join the adventure this Thursday!

We’re getting close to being able to announce the official launch date of the Aventuria Kickstarter. There are some final details to be worked out, so some things are still subject to change. However, we thought it might be good to give you a little overview of how we’re approaching this Kickstarter. END_OF_DOCUMENT_TOKEN_TO_BE_REPLACED

END_OF_DOCUMENT_TOKEN_TO_BE_REPLACED 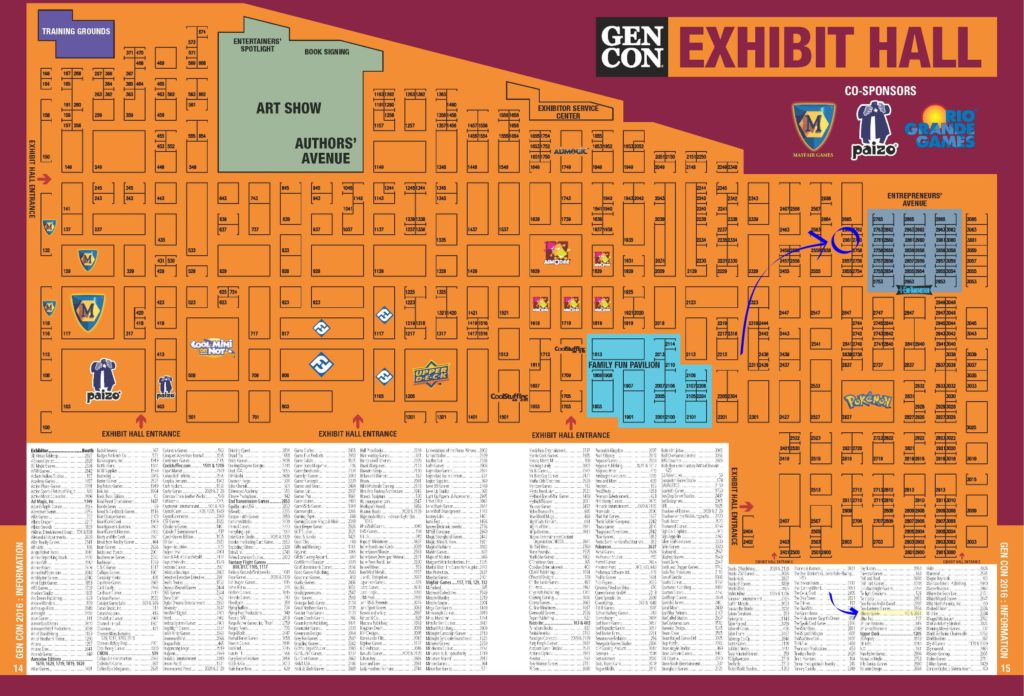