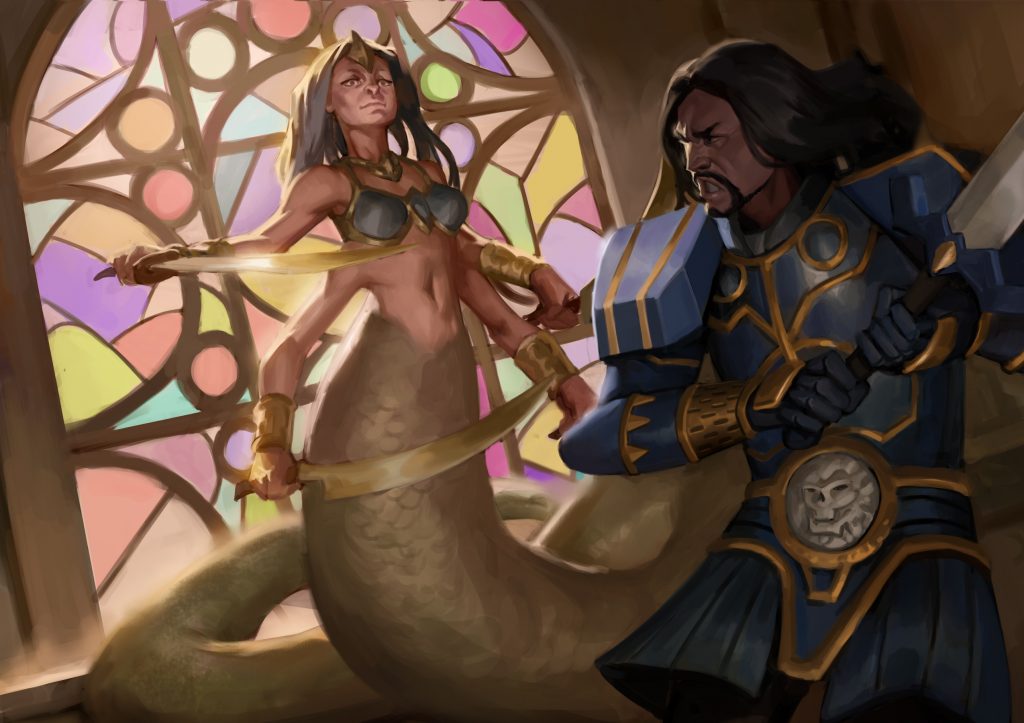 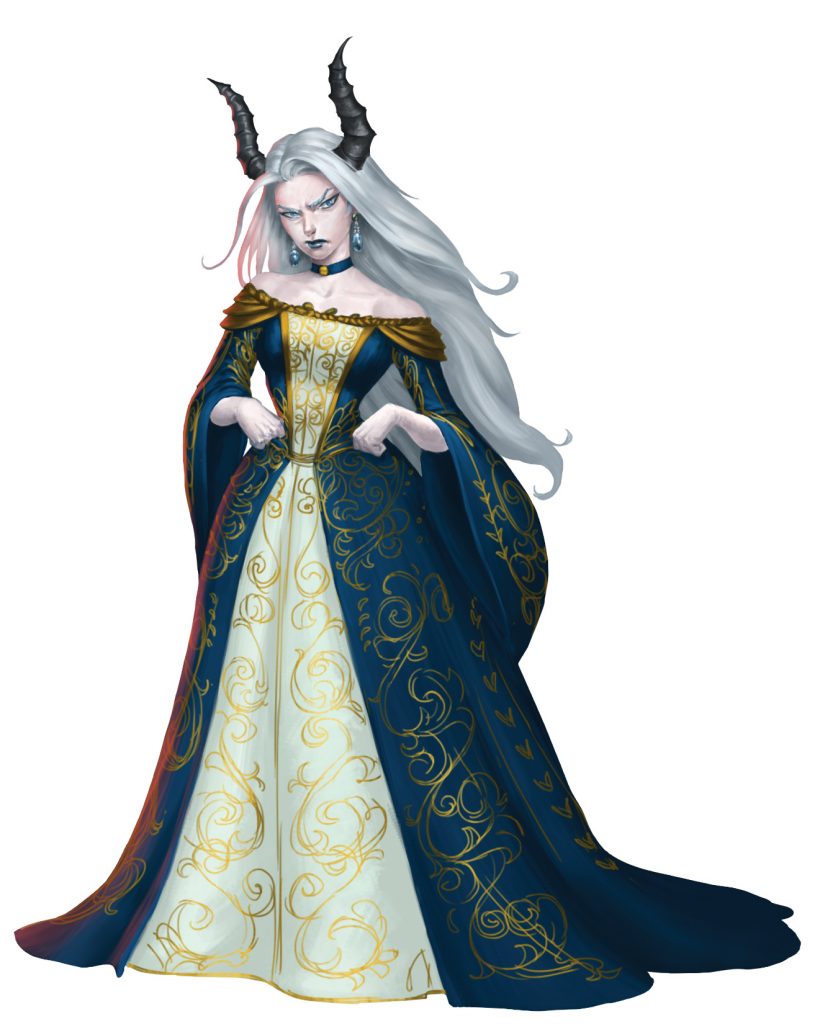 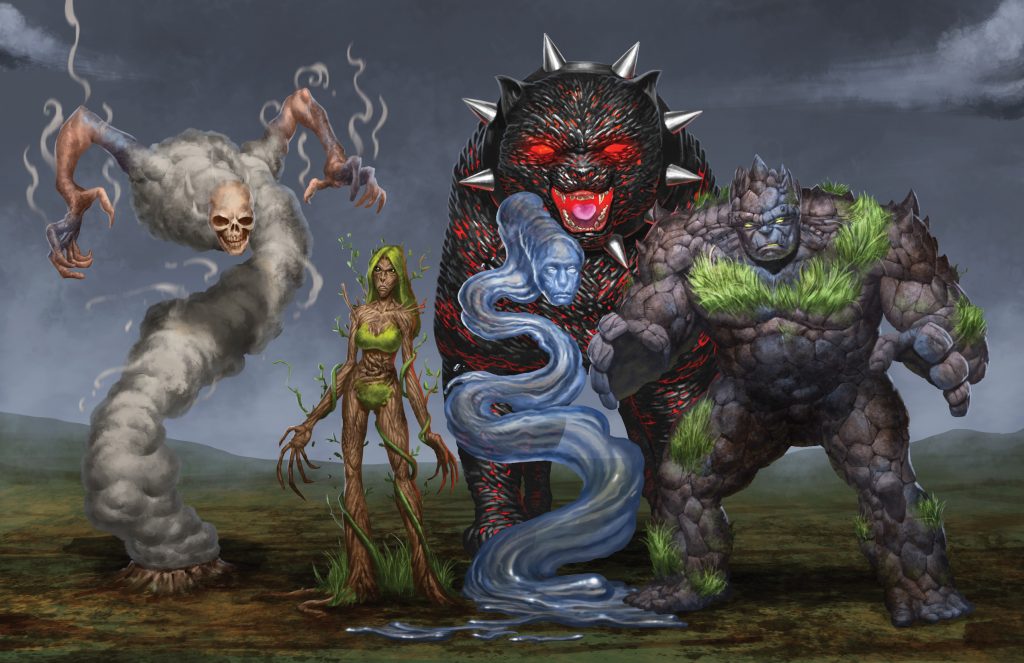 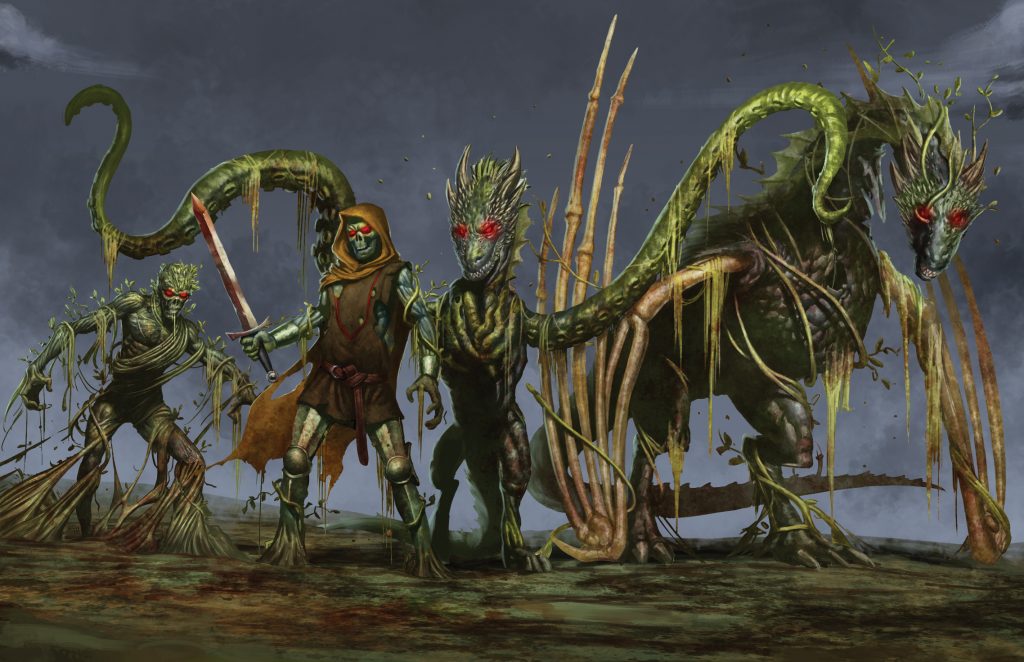 Sorry, no Part 2 of Magic Items this week, but that’s because we are announcing that the Aysle Kickstarter will launch on July 2 at 10am Eastern Daylight Time!

We will be previewing the pledge levels and the products that are part of this, in the coming days, but I did want to mention that there will be a special addition to this wave: a product by Greg Gordon, co-creator of Torg!  This will be Greg’s first product as a member of the Torg Eternity design team! 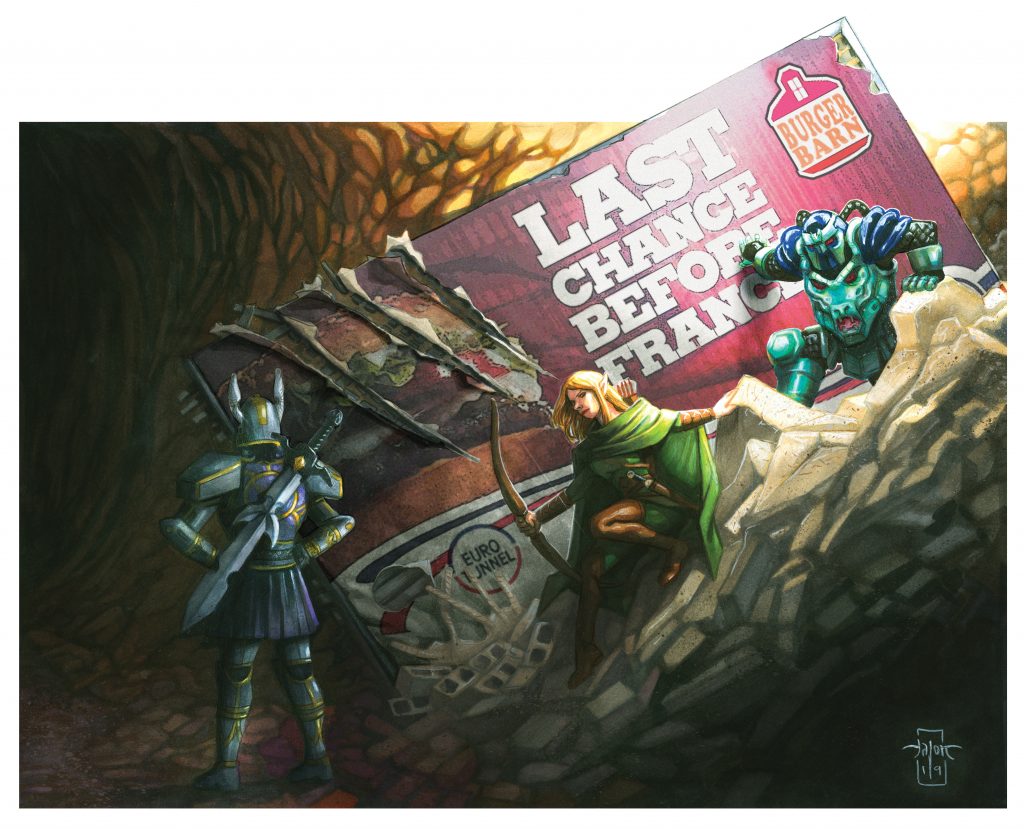 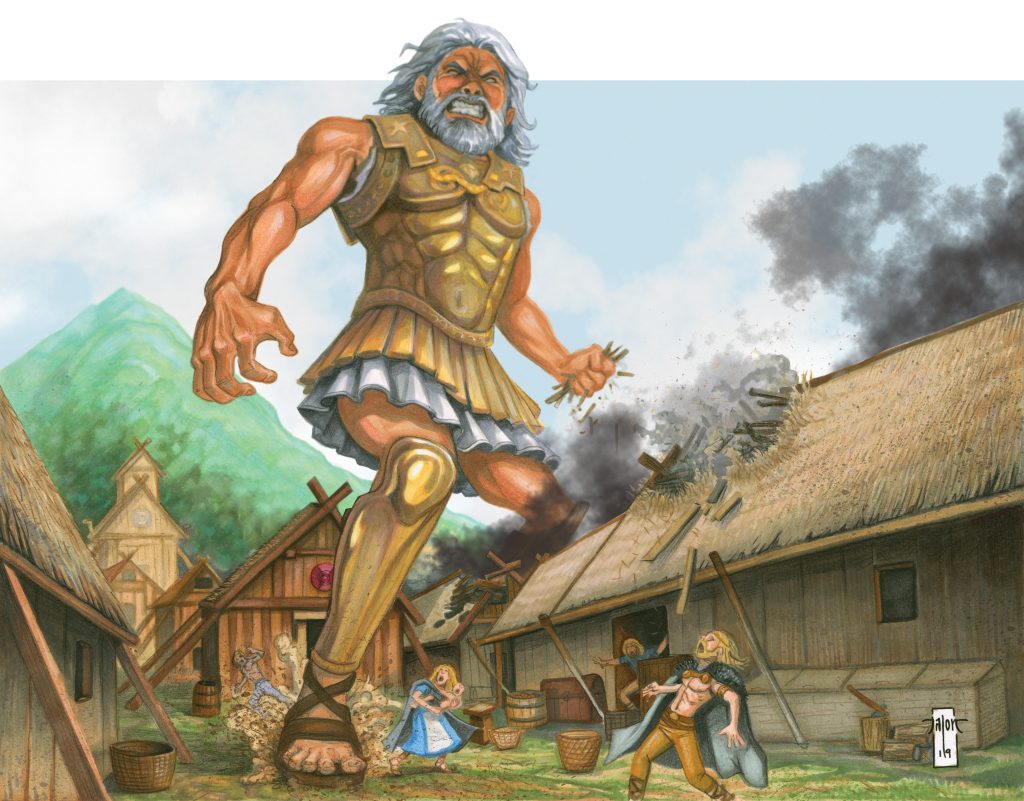 Revenge of the Carredon is a seven act adventure that is coming in the Aysle Kickstarter, and takes the Storm Knights across the realm of Aysle. This week we preview one of the pages from the adventure. 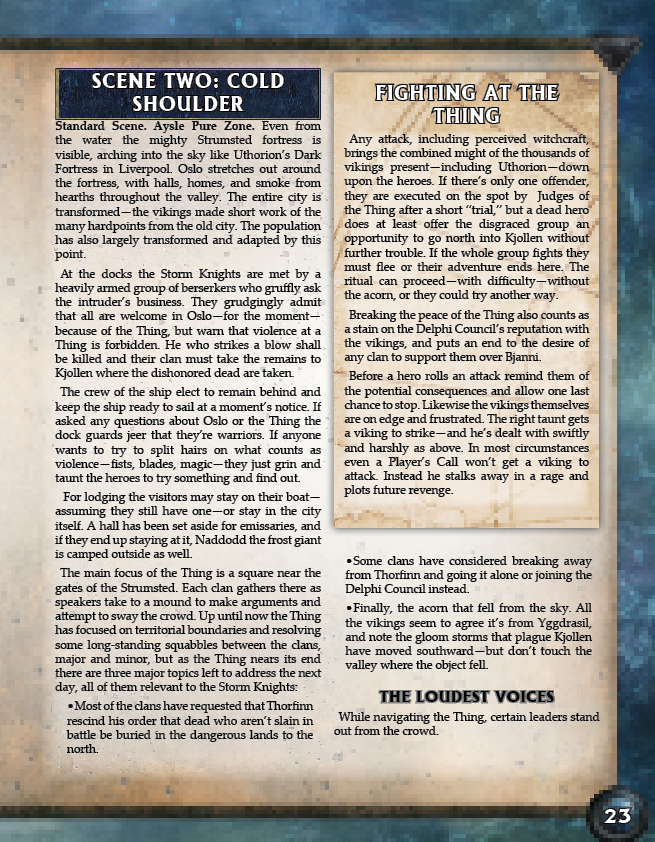 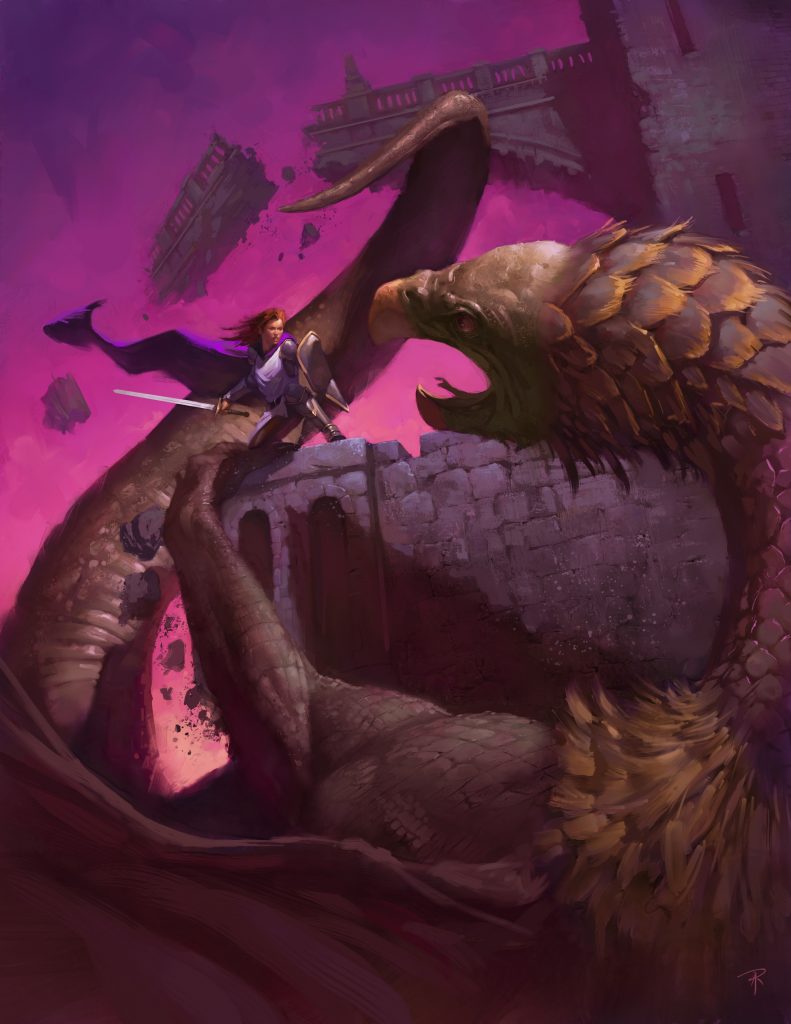 Revenge of the Carredon is a seven act adventure that is coming in the Aysle Kickstarter, and takes the Storm Knights across the realm of Aysle.

The outcome determines the fate of Tolwyn Tancred, a powerful and influential figure in Queen Pella Ardinay’s court, whose presence or absence could have a lasting impact on the morale of the forces of Light, the unity of House Tancred, and the odds of victory in numerous battles throughout the realm. By the end of the adventure, the heroes will finally confront an ancient evil and solve an old mystery, while stopping the machinations of Uthorion.

Here’s a sample page from the adventure: 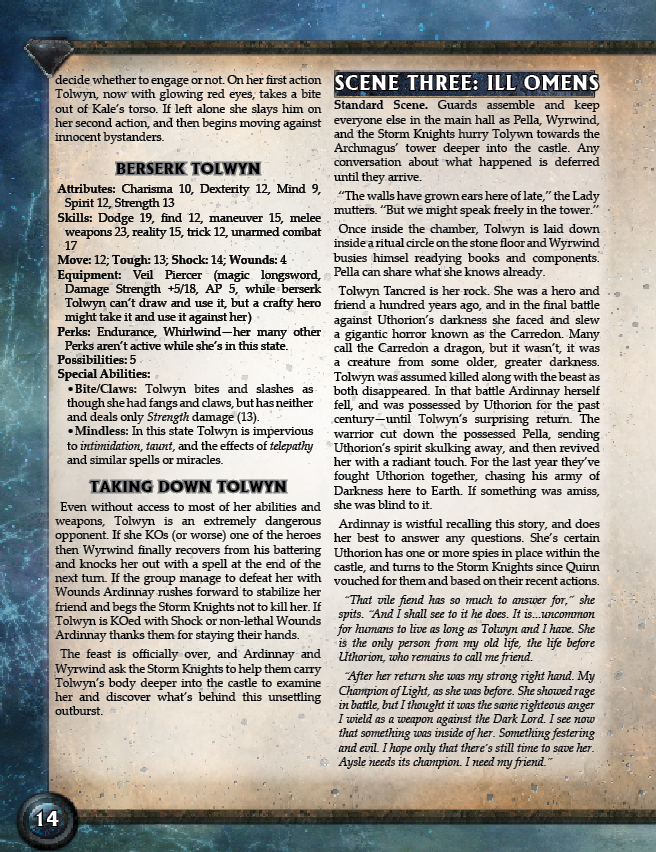 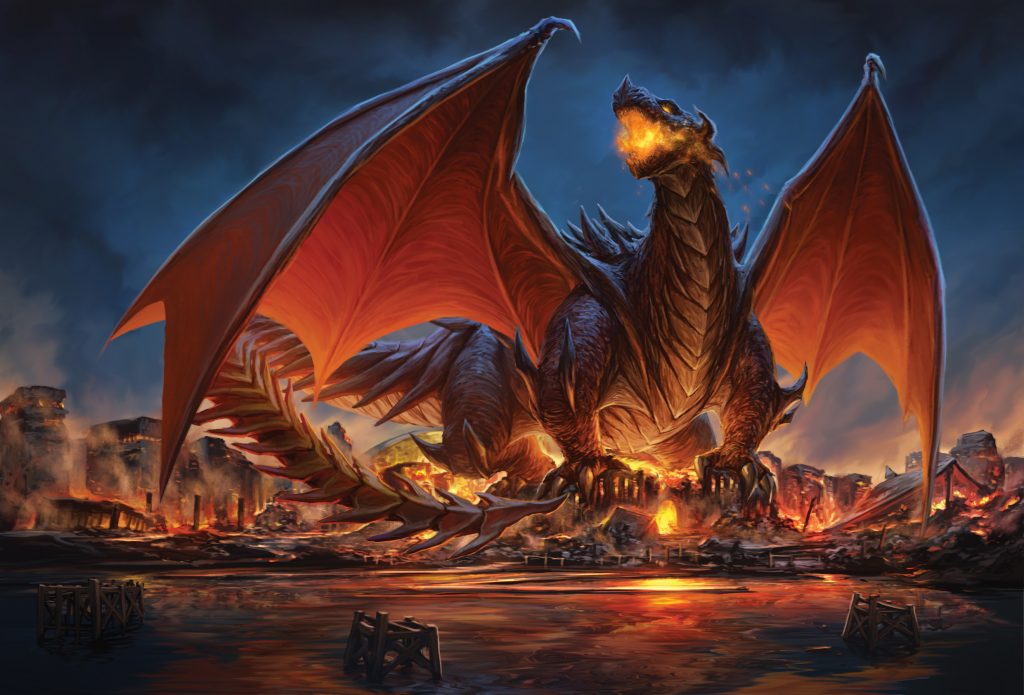 The Aysle Sourcebook provides a bunch of new Threats to inflict on Storm Knights, and here are several examples.  Please remember that the book is still under development and editing, so some changes still may be made.

We’re going to hold the gospog back for a later preview, but there are several creatures, including frost giants, cherybs (water elementals that consist of two creatures, one of the Light and one of Darkness), and powries (vicious fae that wield sharp knives and giggle maniacally when they draw blood).

Here’s a couple of detailed stat blocks for clankers and great dragons: 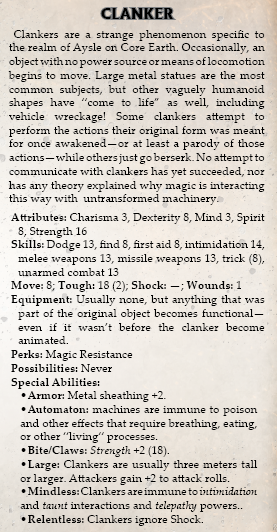 There are also several varieties of human (or human-ish) foes, including knights, lyches, vikings and wizards. 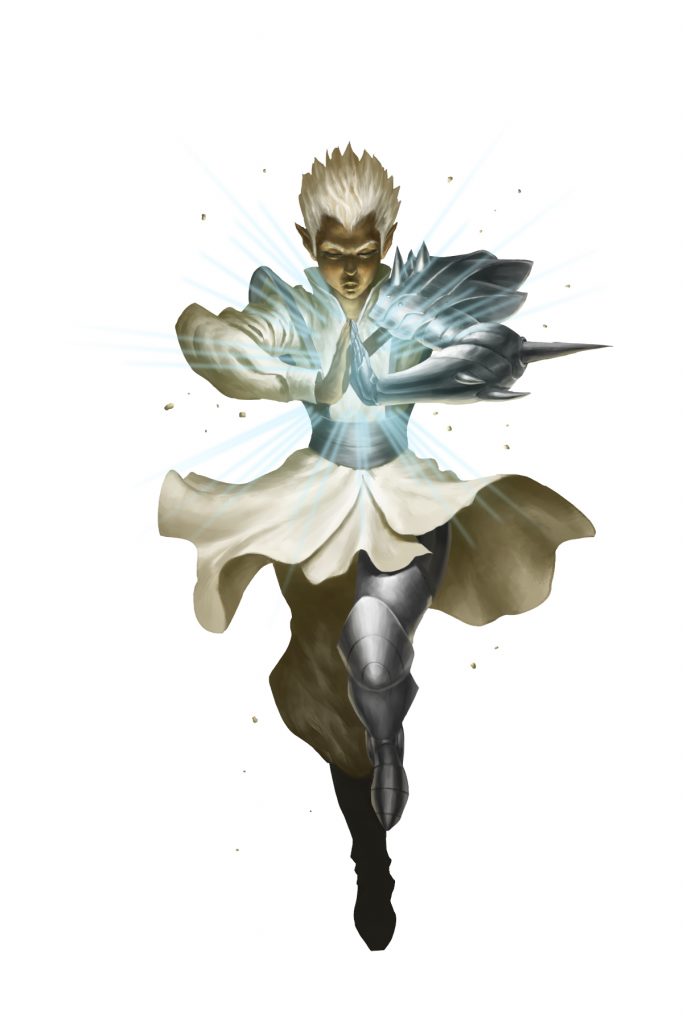 Today we examine the faiths and miracles of Aysle.  There are many deities in Aysle, divided into five main pantheons.  Each pantheon has a representative god or goddess associated with it, though there are many others.  The pantheons include:

Each pantheon has an associated miracle list, though the GM is encouraged to modify the lists for other dieties of the same pantheon.  Here’s an example:

The five representative dieties are detailed, including a summary of who they are as well as the tenets and methods of worship their followers have. Here’s Shali: 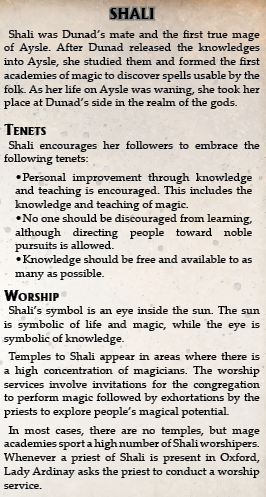 Finally, the Miracles chapter includes…miracles! Here is one that is on the Outsiders miracle list: 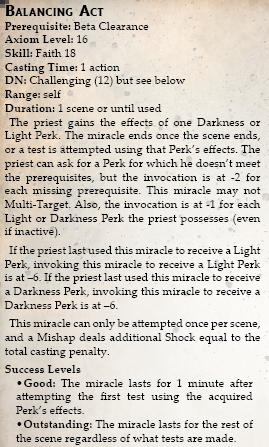 Many of these miracles include upgraded versions of less powerful ones, including doom, an upgrade of the curse miracle. 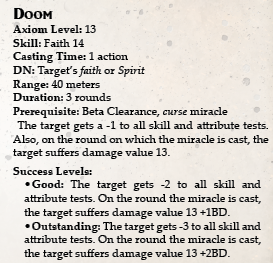 Just a quick and brief preview of the stat block for Uthorion, High Lord of Aysle, as shown in the Aysle Sourcebook. Please remember that this is provisional and is currently in development and editing, so may change in the final product. 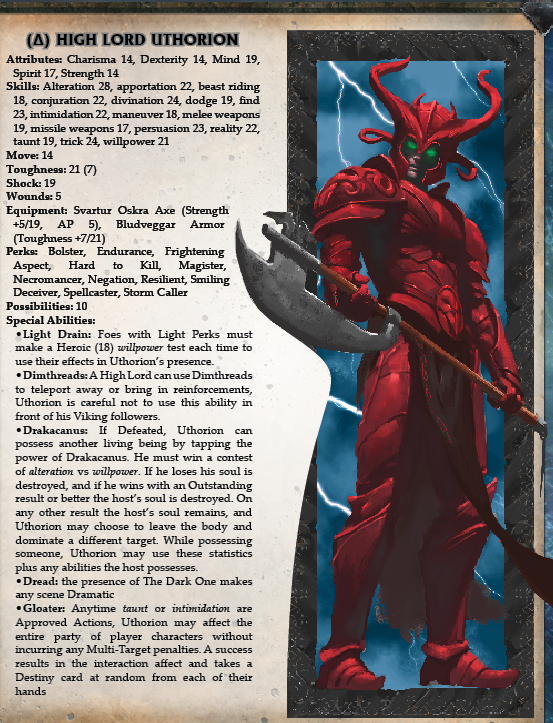