The Compendium Kickstarter launched last Friday and is already doing very well! We’re over 400% and unlocking stretch goals quickly! Thank you to everyone who has supported us so far!

Here’s an excerpt from the chapter on Advanced Combat Rules:

Humanoids generally possess the following hit zones: head, torso, left arm, right arm, left leg, and right leg. Lizardfolk, such as the achaz, also have a tail hit zone. Some creatures have other hit zones, because, for example, they possess wings or have more than two arms.

and here’s a look at one of the pages of diagrams demonstrating the specific hit zones, in this case for monsters: 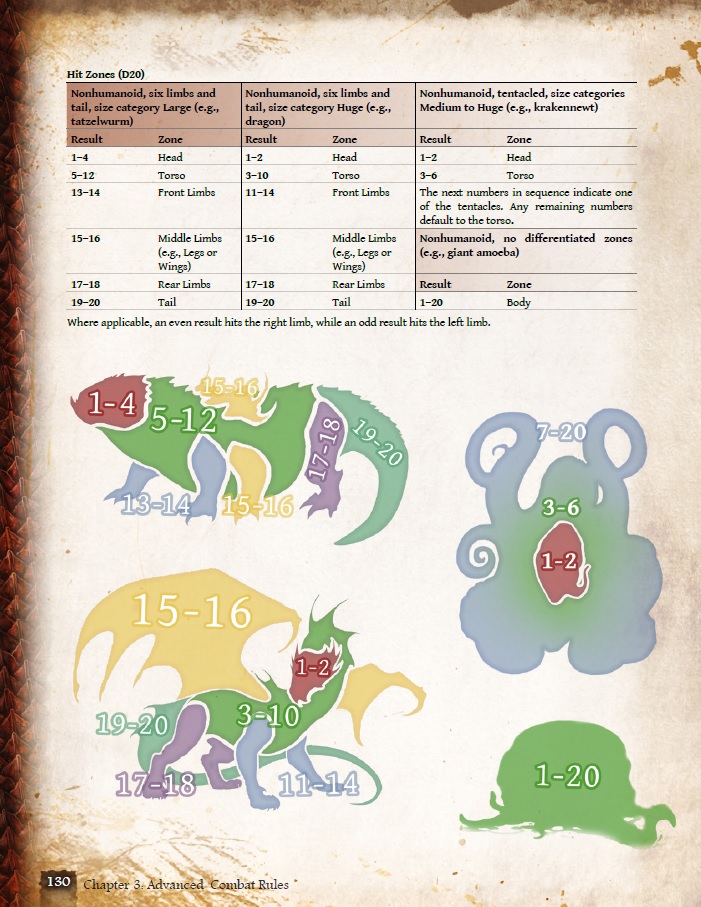 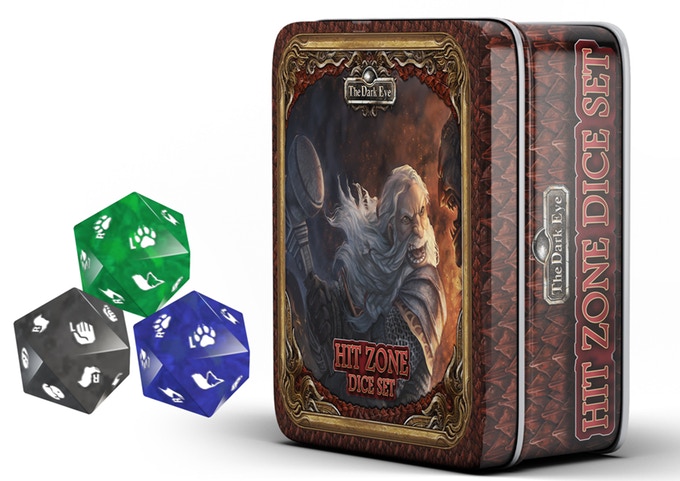 The Hit Zone Dice Set is included in both the Leatherette and Leather Complete Set reward levels, but you can also add it on to your Basic Set.

Head to the Compendium Kickstarter now!