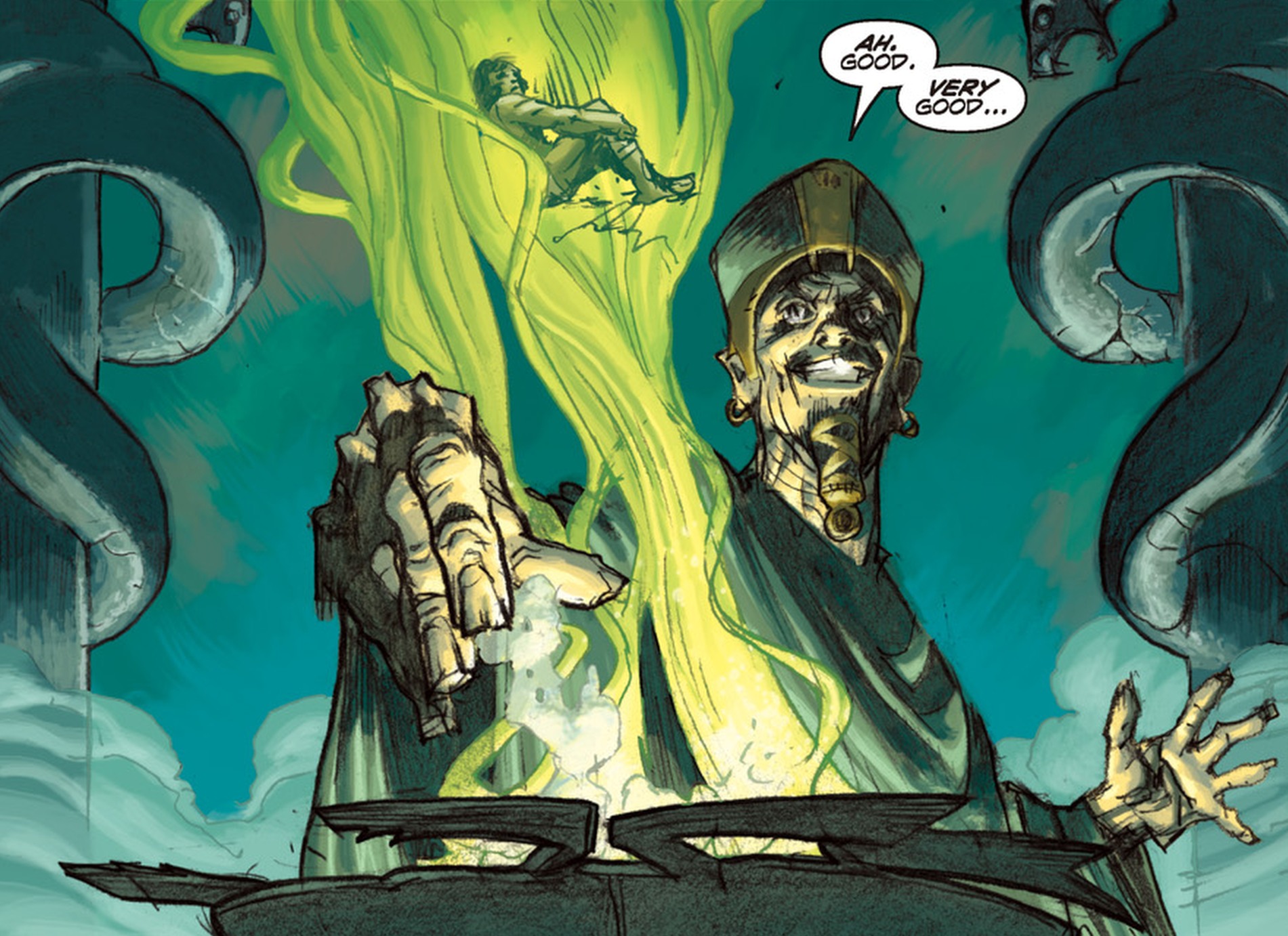 Last week we offered a sample Quest for Conan. This week we present one for Thoth-Amon, as well some discussion on how Quests affect your game overall.

Sample Quest – Altar of the Serpent

This scenario is available for Thoth-Amon. Somewhere on the map is an ancient altar dedicated to Set, and within it (possibly) are pages of the Book of Skellos. Thoth-Amon covets these pages, for he needs the spells within to marshal the forces of darkness and witness the rise of his dread god.

The opposing warlord places the altar near any ruins on the map. Depending on the scenario that could take Thoth-Amon very far out of his way and put the sorcerer (who prefers staying at range) very close to Circle of Iron troops. 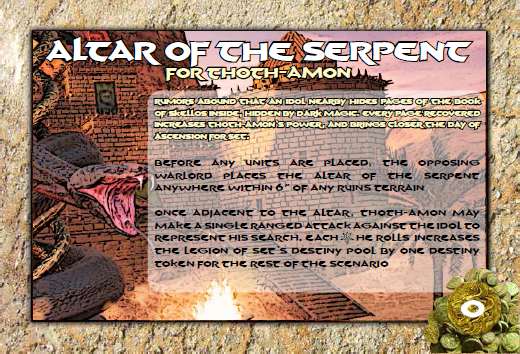 (Image and text not final)

The reward is an increase in the Legion of Set’s Destiny pool, but how much depends on fortune-one for each Sigil the sorcerer rolls on a special Ranged Attack that represents the search. A wily player should spend as much Destiny as possible boosting this roll, since there’s only one try – pages are either there to be found or they aren’t!

Most Quests don’t cost points to include, but a team may only have one Quest each battle. However, some Quests that offer benefits without any tactical limitation or drawbacks may have a Build Point cost – especially if the reward for completing the Quest is Victory Points instead of a boost to Destiny!

Different Quests require specific units to complete, or the presence of specific types of terrain. Quests are especially challenging when used in conjunction with a Scenario, facing the warlord with many choices.

Is it better to commit forces to complete the Quest and gain crucial Destiny tokens that might swing the battle later? Or spread out to trigger Encounters and trust to luck for the results to be worthwhile. Or is it best to stay focused on the Scenario objective, earn Victory Points and hold out until the end of the sixth Round against a warlord who has been rushing around building up power instead? These are the choices that await in CROM.