It’s been a while since we talked about the core game system. We’ve streamlined it since that time, so let’s review it again.

Those familiar with previous editions of Fading Suns will recognize the core mechanic:

When you do something that requires a roll, you figure out what skill is needed and what characteristic bolsters it; add your ranks together and then roll that number or less on a d20. If you roll higher, you miss. If you roll exactly that number, you get a critical hit! 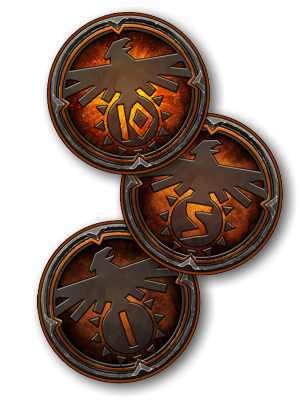 You spend VP for all sorts of things: overcoming the defenses of a foe or compensating for environmental conditions (squeaky stairs when sneaking); increasing the damage your weapon delivers; improving your next shot; and avoiding attacks.

You don’t have to spend all the VP you get on a roll. You could bank some of them, by putting them into your VP Bank. This gives you VP resources to use even when you’ve failed a roll and don’t get VP for that turn.

This is a major difference from previous editions. VP aren’t just extra damage dice; they’re points you choose how to spend — or save for later.

As in previous editions, characters have skills and characteristics, rated from 0 to 10.

New to this edition are capabilities: areas of study and practice that modify your skill use. If an action requires a capability and you don’t have it, you can still make a roll, but it’s at a deficit.

Examples of capabilities are the various knowledge lores (History, Occult, House al-Malik), which were represented by separate skills in previous editions. They’re now streamlined into capabilities, so you don’t need to learn a gazillion different skill ranks just to know what sort of cuisine they prefer on Cadavus.

There are also equipment capabilities, because while you might have a great Melee skill, swinging a wireblade is not the same thing as wielding a rapier.

Also new are perks, the special abilities and privileges available to the classes and callings. Many of these are recognizable as what were previously called Benefices, although they’re amped up in the new edition. Rank, for instance, not only gives you a title and the social standing associated with it, it also provides the basis for your mental defense against influence attacks (see below). It’s harder to daunt a duke than a knight.

Some perks allow you to do special things with victory points, such as creating coffers (a sub-bank) or giving your VP to your troupe mates (the priests’ Inspire perk).

You can also choose a character flaw, just like the Afflictions from before, although this time around we advise only one per character, to make the flaw a roleplaying and story

focus rather than a means for raising your Shoot skill. In return for taking an Affliction, you can choose an extra perk. 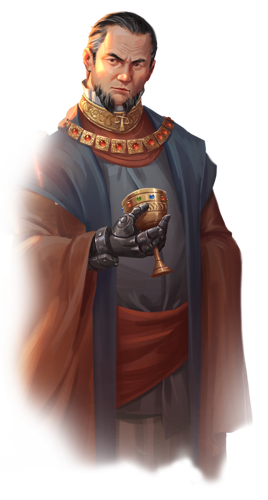 Fading Suns’ rules have traditionally highlighted the combat and adventuring side of affairs, leaving the courtly intrigue up to pure roleplaying. The new edition introduces a system so that characters can affect their rivals with words as well as swords and blasters. We call it influence.

The gist of it all is: instead of inflicting damage, you inflict a mental or social state. The descriptions of the various states (such as Convinced, Daunted, or Deceived) list some possible rules effects but they also act as roleplaying prompts, giving you guidelines on how the state affects behavior.

Influence can rout enemies or make friends of enemies. It is the refined weapon of the courtier, the clergy, and the trader, effective in ways no crude blaster could ever be.