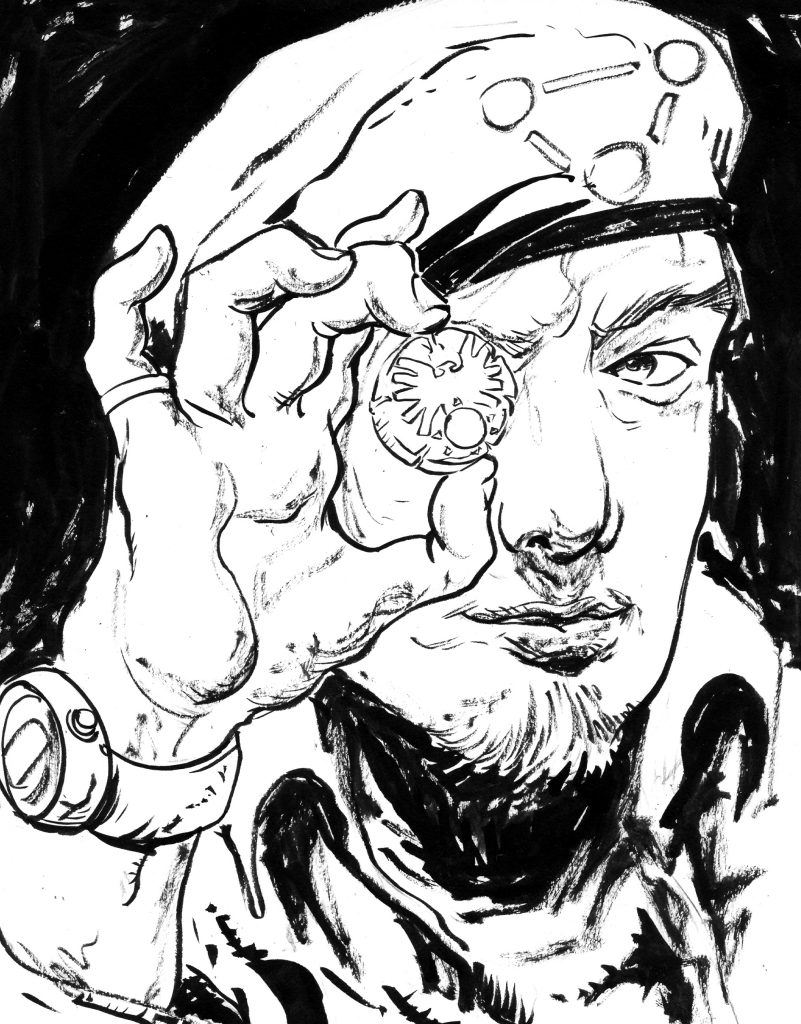 Previously, we’ve talked about class — noble, priest, merchant (and there’s also yeoman) — and faction — houses, sects, guilds. This time, let’s talk calling, a character’s profession, the things they actually do for their faction.

But first, let’s not get caught up in the word “class.” Here it refers to social class. It could just as well be called standing or status or even caste. The society of the Known Worlds is a tripartite structure between the nobility, the Church, and the Merchant League. Some include the Emperor as a fourth or presiding estate, but others see the Phoenix Throne as just the top of the nobility caste. There is also the stateless estate, the freemen with no firm ties to power; they’re called yeomen.

Your Fading Suns character is one of these four types. Your class gives you access to a number of factions. Those familiar with previous editions already know these guys. They’re the Royal Houses, minor houses, Church sects, minor sects, heretical sects, pagans, League guilds, and the minor guilds. There are also the societies that yeomen join, from F.A.R. (the Frontier for Alien Rights) to the Dispossessed roaming mercenary outfit to the Vagabonds and even the Vuldrok barbarians.

Calling Out Around the Known Worlds

For now, though, let’s take a look at the callings, our new way in this edition of helping you figure out just what your character does. Is she a Charioteer Star Pilot or a privateer Pirate? Is he a Mendicant traveling priest or a Dreamtender therapist? What about a Decados Sybarite or a Hazat Duelist?

For those familiar with the lifepath method of character creation in previous editions, you’ll recognize it here. Your class tells you your upbringing, your faction gives you your apprenticeship, and the calling you choose when you begin play shows you your early career.

Unlike class and faction, your calling can change frequently as you move from one job to another, seeking new horizons. Most people tend to stick with one through their careers, but some people don’t want to be tied down that way and will try new things as they advance. You might be a noble Commander who finally decides to muster out, seeking a new endeavor in politics as a Courtier, or a priest Confessor who is tired of getting pushed around and joins the Order of the Shroud as a Templar.

In game terms, what calling does is give you access to perquisites, or perks for short. Once again, previous-edition mavens will recognize some of these in their earlier incarnation as Benefices. But here they’re broader, covering more ground, and can even give characters special ways to bend the rules with their calling’s special training. Generally, you can choose perks from your calling’s list, but not from other callings’ lists. (That’s why some people sometimes change callings, when the thing they’re doing no longer gives them what they want.)

Each calling is favored by a particular faction. It’s what helped build the stereotypes people have of that faction. This puts them on a faster track to promotion, wealth, and recognition.

So what kinds of callings can you play? You’ll have to wait for the release of the book to see them all, but here’s a sneak peek at the callings open to nobles.

Commander — You’ve spent your life as an officer in your house’s military. (Favored by House Hawkwood.)

Conspiracist — You weave webs of intrigue while escaping others’ webs.

Courtier — You are practiced and knowledgeable in the delicate arts of courtly affairs and etiquette. (Favored by House Li Halan.)

Duelist — You’re a sword or pistol fighter who (ostensibly) follows the rules of honorable dueling. (Favored by the Hazat.)

Enthusiast — You’re an expert in one or more of the obsessions of the idle rich. (Favored by the al-Malik.)

Incognito — You must hide your true noble identity and pretend to be someone else. You follow a “cover” calling, the profession you pretend to be (this could be from a different class or faction). (Perhaps you’re a lost heir to House Chauki!)

Knightly Order — You’re a member of an Adventurous or Church order, such as the Order of the Shroud or the Swords of Lextius.

Questing Knight — You are sworn to serve the Emperor and the Company of the Phoenix.

Ronin — You work for a house, sect, or guild not your own. The loss of lands and traditional fealty ties during the Emperor Wars unleashed a host of Ronin to wander the worlds, serving whichever powers would have them.

Spy — You’re a secret agent. Each house has its own spy agency. You have a “cover” calling you pretend to be.

These are not the only callings a noble can follow; they’re just the one’s we’re concentrating on for the new edition. You can certainly make up your own, along with the special perks your unique calling gives you access to.

There’s so much more to say, but alas, it will have to wait for another diary (or for the book itself).

May the Pancreator bless your job!