Sometimes I'm just glad I can screenshot these things.

My group has a nigh indestructible dwarf Dragon Warrior acting as the "tank". He essentially has a toughness of 20. Damaging him at all is so hard.

As the storm knights were traveling through a reality storm into Tharkold they were attacked by a Great Alpha Technodemon (stats bumped up roughly as much as in the old Tharkold book for oTorg). As was the norm even the mighty blows of the technodemon weren't doing too much and then it happened - the dwarf disconnected!

Taking its chance the demon went all out attack on the dwarf as its magical armour started to flicker in and out of reality. And that's when I rolled: 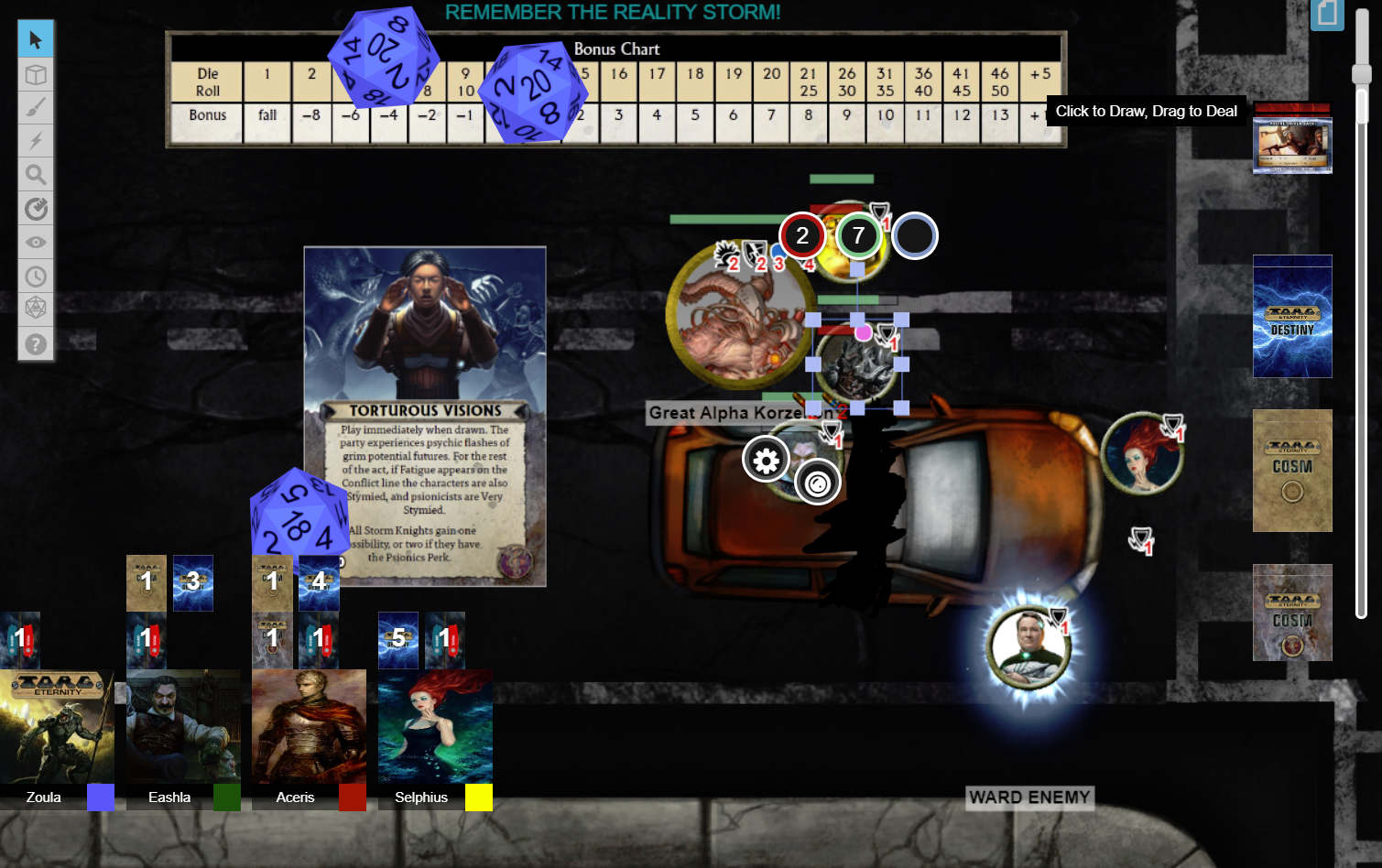 That's a 20 followed by a 20 followed by an 18. The demon's pain mace crushed the dwarf and I think it was actually my first Test for Defeat in the whole game. Luckily he was just KO'd but he was taken out of the fight in dramatic fashion.

Next round the monster hunter and cyberpriest just annhilated it with lasers and adamant medal-backed sniper shots... But hey. It was cool when it happened. :p
Top
Post Reply
1 post • Page 1 of 1

Return to “Game Stories In and Out of Character (TORG)”