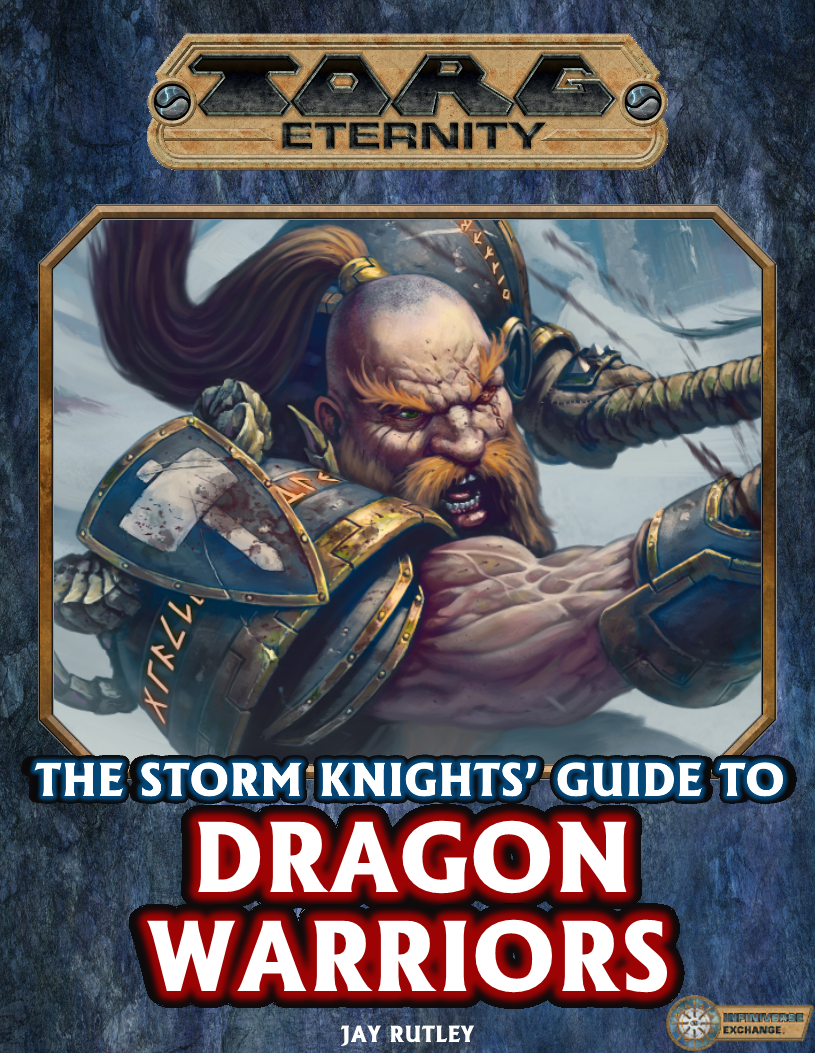 In the fantastical realm of Aysle the dwarven people have been pushed to the brink of doom, but some have vowed to oppose the forces of Darkness and the High Lords, becoming might Dragon Warriors. Clad in magical armor, wielding terrible weapons - bring your might to bear against the enemies of reality!


Many of the new perks are suitable for any dwarf, not just Dragon Warriors - in fact many can be taken by characters from other cosms as well.
Top
Post Reply
1 post • Page 1 of 1