Efferd is one of the new traditions introduced in Gods of Aventuria, which you can support in the next The Dark Eye Crowdfunding. 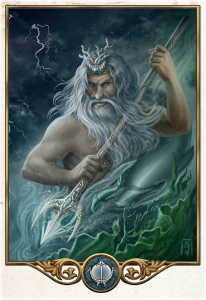 The Gods of Aventuria crowdfunding campaign starts on July 21st!

Efferd is the god of the sea, the wind, the waves, but also stands for free and unbridled emotions. His Blessed Ones command the elements of wind and water. They can seek wells of water in the dry desert as well as command ships and motivate crews with emotional sermons. A Blessed One of Efferd’s compassion is as deep as the ocean, but their wrath can also hit you like a hurricane.

There are three pages of in-depth information for each of the twelve gods, as well as six demigods and the Nameless One that include their aspects, moral codes, and the structure of their churches and blessed ones. 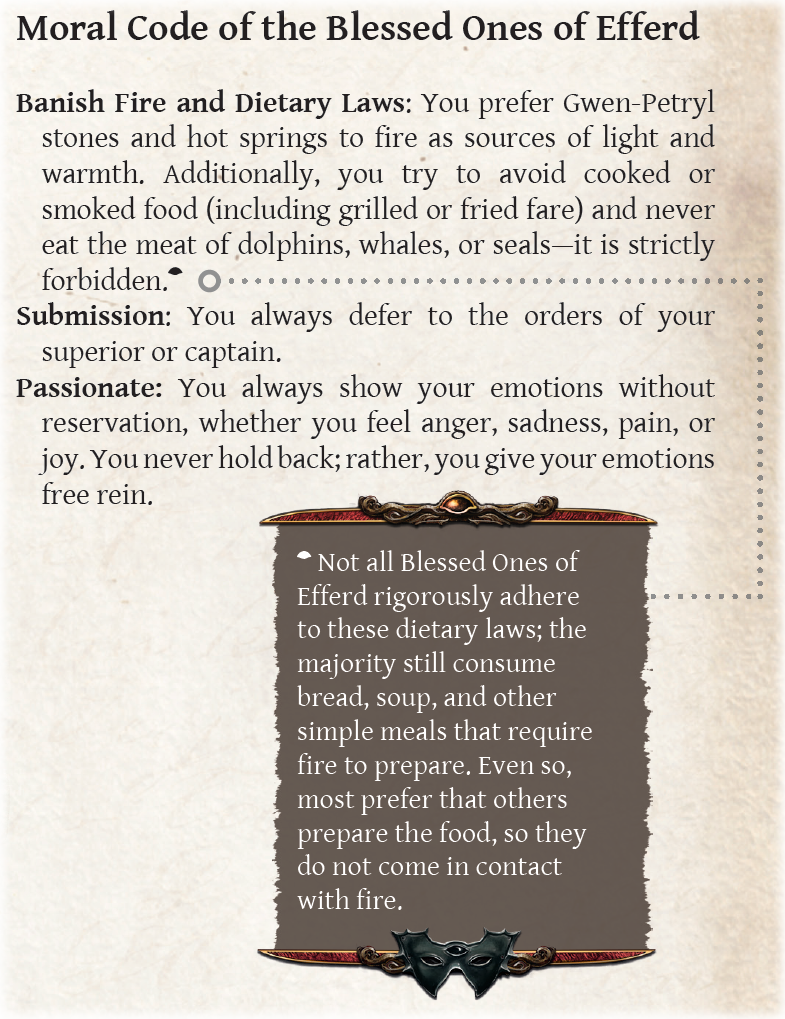 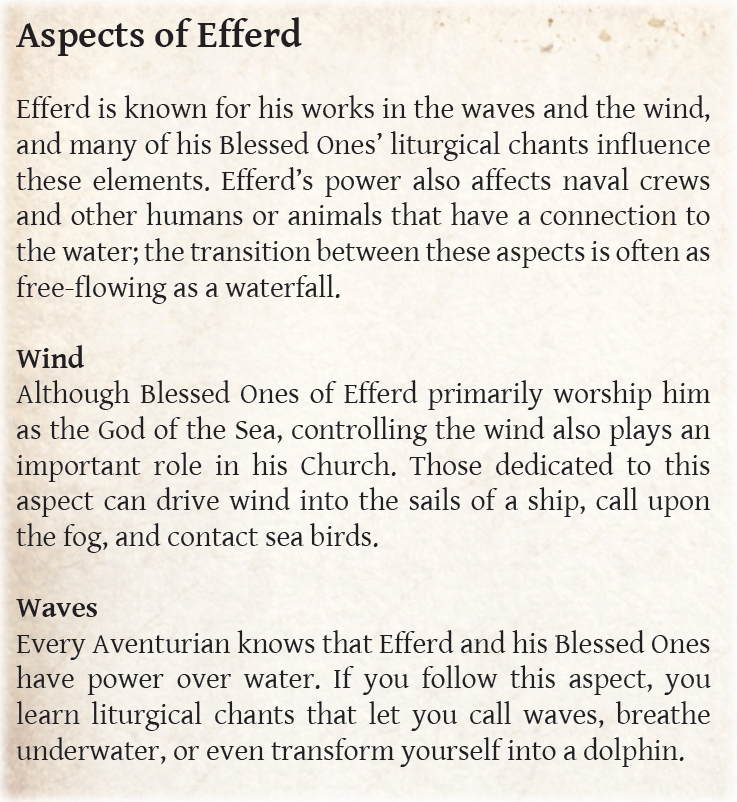 As usual, each tradition comes with its own special ability. Use your special ability as a Blessed One of Efferd to tap into your raw emotions and sail the seas of Aventuria. Efferd will be by your side. 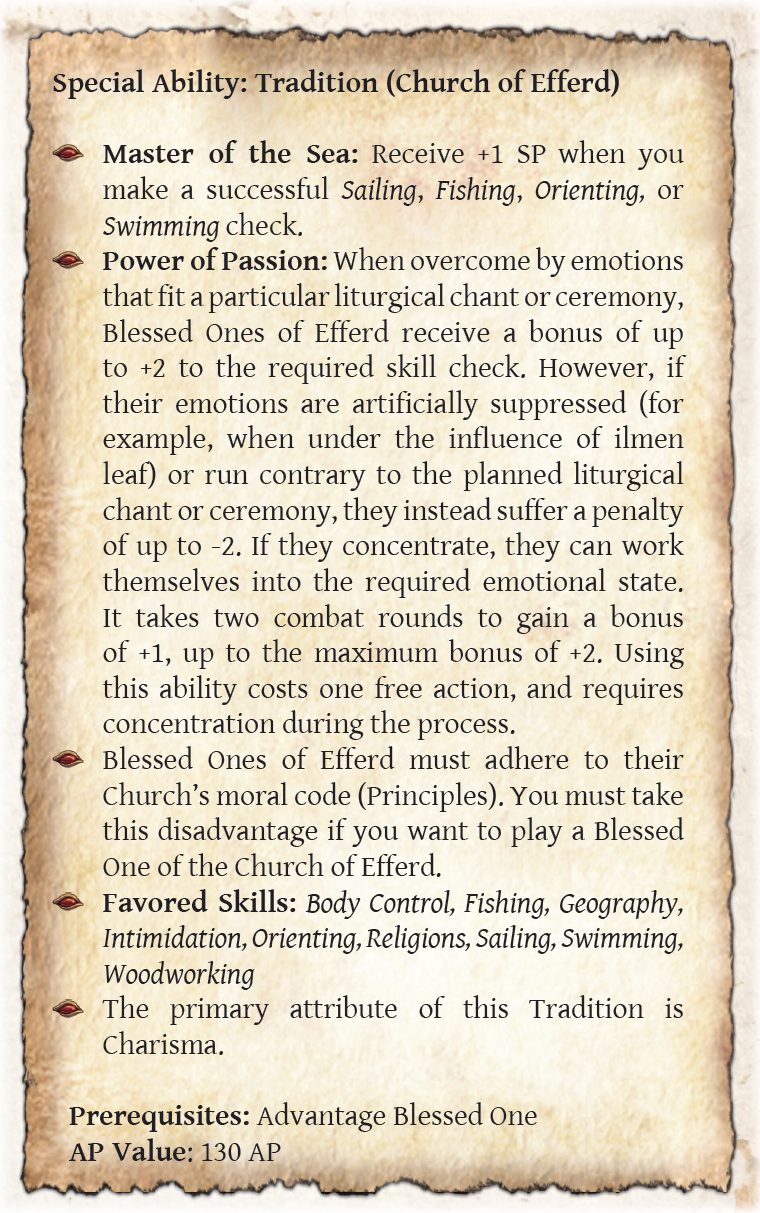 The church of Efferd can be found on all Aventurian coasts and beyond. Some of his Blessed Ones tend to the rivers and harbors, but their true home is the sea. In a helpful overview, Gods of Aventuria introduces every church, its symbols, agendas, saints, and holy places. 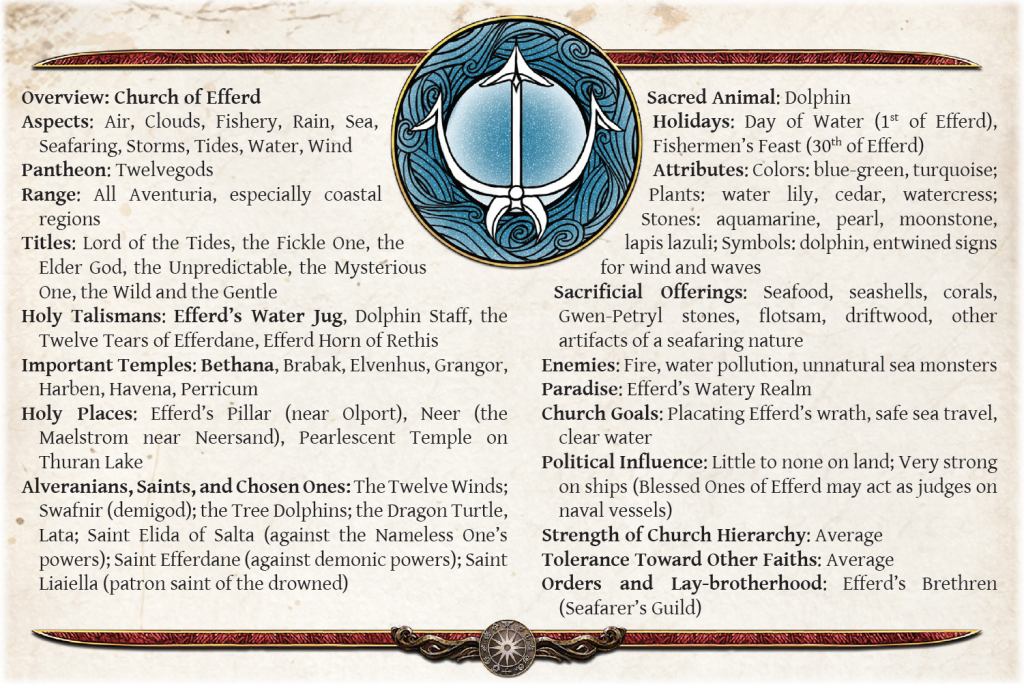 As you explore Aventuria, your Blessed One might raise through the ranks of their church or encounter important leaders of their faith. Where available, a table lists the different ranks, titles, and regalia for each tradition.

Gods of Aventuria introduces an entirely new mechanic: Ceremonial Items. These objects help your blessed one, even if they are out of karmic energy. They provide an advantage, rivaling the staff of wizards and the brooms of witches. Efferd’s ceremonial item is the Efferd’s Beard, a mighty trident. Using Trance, a minor form of rapture, you can activate its powers. All the powers are arranged into a branching tree. At the base, your aspect will select the first ability. After selecting a specific special ability, some abilities are excluded, while others become available. 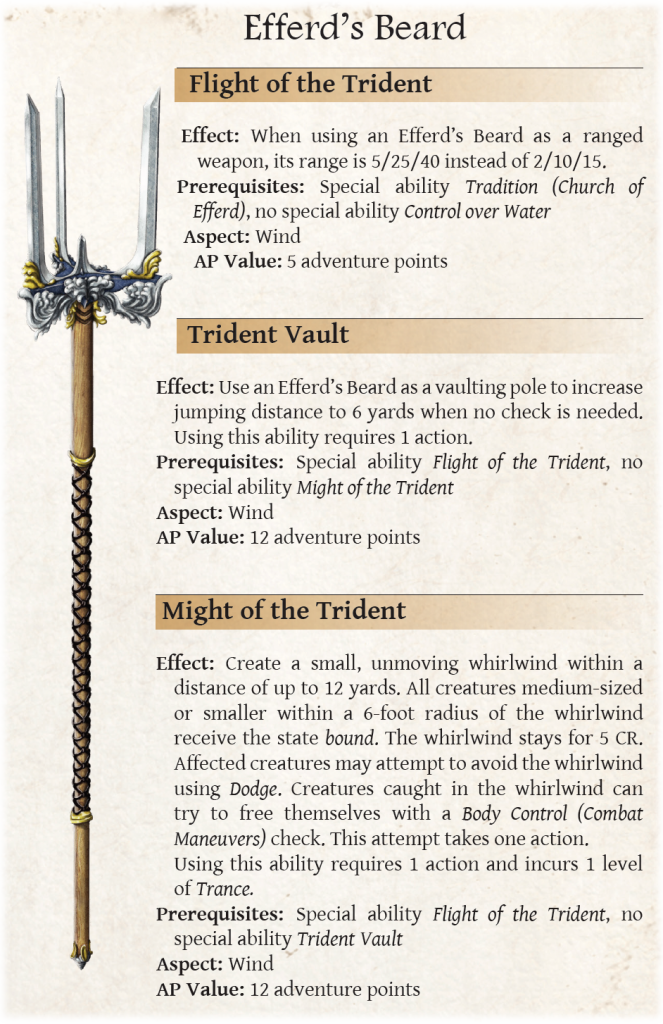 The Gods of Aventuria Crowdfunding sets sail on July 21st, and we are glad to have you on board!