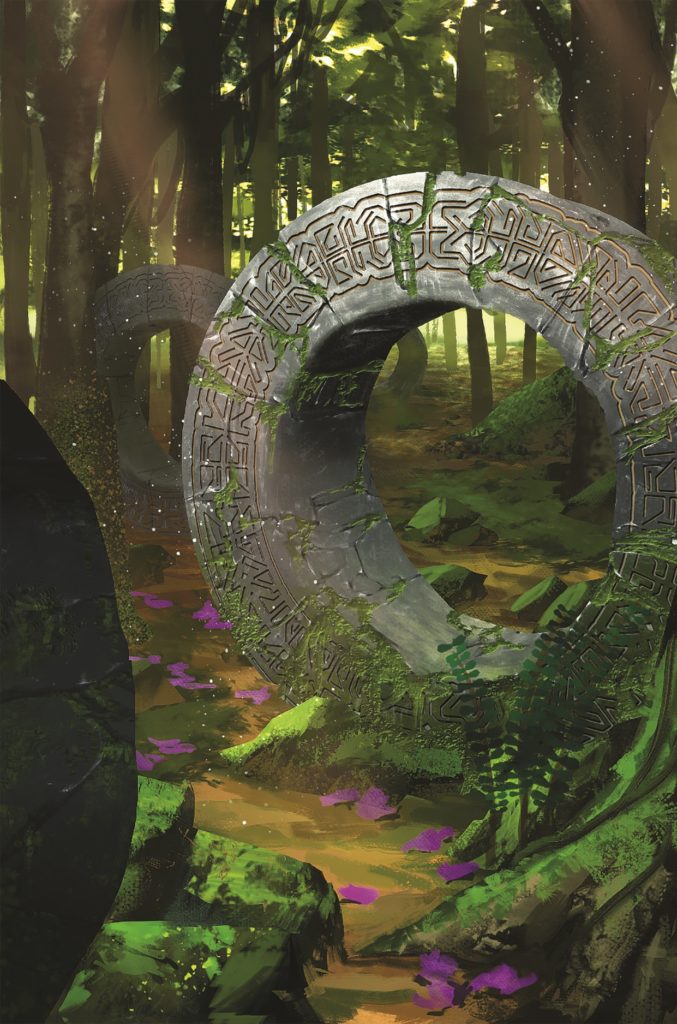 In addition to the Living Land cosm sourcebook, the coming Kickstarter will include a five act adventure, The God Box, written by Shane Hensley.

Welcome to the Living Land. Hope You Survive the Experience.

The God Box begins at “Fort Washington” where the US military is making a last stand, protecting refugees in the heart of Washington, D.C., and takes Storm Knights on a “grand tour” of the Living Land, encountering edeinos (including a certain death-worshipping tribe), dinosaurs, and other strange foes. The adventure doesn’t just take place in the United States, but also Mexico, and dives down into the giant Wonder, Merretika, a.k.a the Land Below.

We don’t want to give too much away, but the final act of The God Box is called “The Wedding of Baruk Kaah.”

Merretika has a significant role in The God Box, and an entire section of the book is dedicated to filling out this important Wonder, including the geography, the people, and new adventure seeds. It also includes a list of miracles available to denizens of the Land Below. Here’s an excerpt: 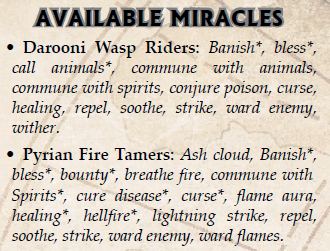 There are loads of new threats including new edeinos, new dinosaurs and cryptids, loads of Merretikans, and new flora. I want to mitigate one expectation though. Fans of the Land Below from Original Torg will notice that a certain sizeable simian won’t be detailed. But worry not! We have plans for him, and he certainly has a role in the Possibility Wars to come.

Here are a couple of examples to tide you over: 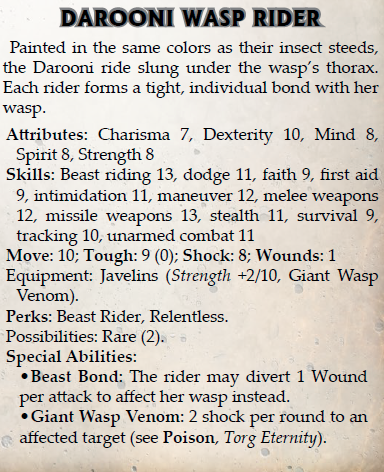 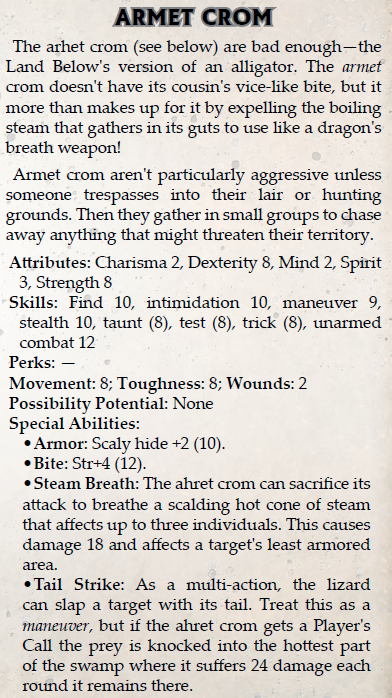