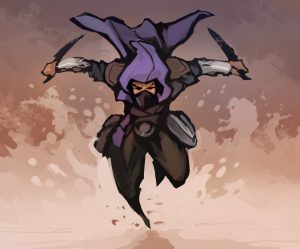 One of the most dramatic differences veteran players will notice in Dawn of Heroes is the introduction of Tasks. These are objects, people, or locations on the board that the heroes must deal with in some way besides just attacking. Tasks are a further development on the idea of “Non-Combat Actions” from earlier editions. Traps, for example, will no longer have a separate set of rules but will be considered a Task as part of the adventure.

In addition, we want heroes to feel specialized and unique, so different Tasks will require different Skills. You roll Fate Dice and try to match the success symbols designated by the Task description. The difficulty of a task is based on how many successes you need to complete it. So, while a Brigand might be better at Guile tasks like picking a lock, you’ll want the Acolyte to step in when it’s time to heal an NPC.

And how do you get to roll? Well, that requires that the hero be in the right place on the map to attempt the Task and then spend an Exertion Point. You then roll your Fate Dice pool for the attempt. If you have more Exertion Points left, you can attempt again.

Exertion Points replace Movement Points. We needed a new name, because they’re doing so much more than just movement in Dawn of Heroes, and we wanted to make that clear. Other than having a different name and more things to do with them, you can simply translate “EP” to “MP” if you are using new Myth monsters and adventures with Myth classic. 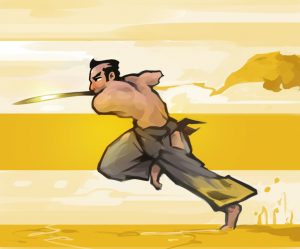 One of our design goals for Dawn of Heroes was to make Stances a bit more intuitive but also distinct from each other. In Myth Classic, there are four stances: “No Movement,” “Cautious,” “Normal,” and “Aggressive.”

In DoH, we have effectively kept these four stances, but we are representing them a bit differently. Here’s the way it works:

First, every hero starts each round with zero EP. All EP comes from cards. If you don’t play any cards that gain EP, then you are effectively in “No Movement” stance. However, more hero cards do generate EP to make up for the loss of that base of 2 MP. This means that we can more subtly communicate differences between actions based on how much EP they generate. Players don’t have to understand a “No Movement” stance (which no longer exists) – they can simply understand that they have no movement if they play certain cards. 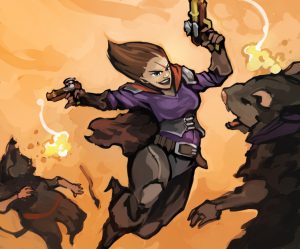 On the hero cards themselves, there are only two stances listed: Cautious and Aggressive. However, there are three slots on the hero board for your movement token. The third is what we now call the Undecided stance. Being in Undecided stance allows you to play all your cards, but you gain no stance bonuses. Once you choose Cautious or Aggressive (which can happen between card plays), you get all the bonuses of the cards you play in that stance, but also all the restrictions and penalties. You do not return to Undecided until your next refresh phase.

In effect, the Undecided stance replaces the former “Normal” stance. It is a default. You always start your turn there, and you can remain in it as long as you want, but it won’t get you anything extra.

As we get closer to the release of Dawn of Heroes, I’ll share specific examples of hero cards and Tasks and how this all works together. For right now, I just wanted to give everyone an overview of what we’re doing with the new action economy.

5 thoughts on “Movement and Action in Myth: Dawn of Heroes”