We are currently in the phase of development where many things are going on but not much of it can be shared publicly. Things like punchboard layout, trade dress revision, and adventure outlines require a lot of work, but it only makes sense to post about them when they’re finished.

However, we did recently get the completed art for several new hero cards, and I’d love to take a moment to talk about those.

All these pieces are in the Brigand and/or Hunter decks. The other three decks worked almost entirely by simply updating existing cards, but the Brigand and Hunter each had some needs under the new mechanics that required brand new cards. I will go into more detail on those in the future, but for today I wanted to share the art. 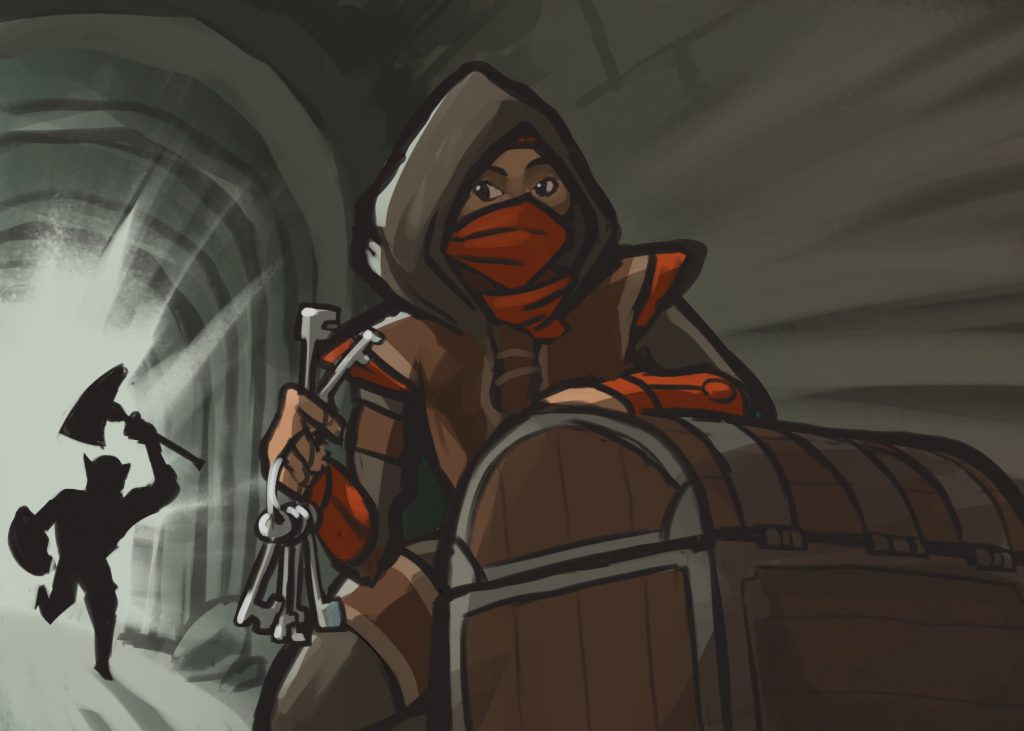 Because the Brigand is supposed to be the best at tasks, we needed cards that focus on that aspect of play. This card provides a bunch of EP and Fate Dice (even more if played on top of Cunning), so it is a perfect card for taking care of non-stabby business in the middle of combat. 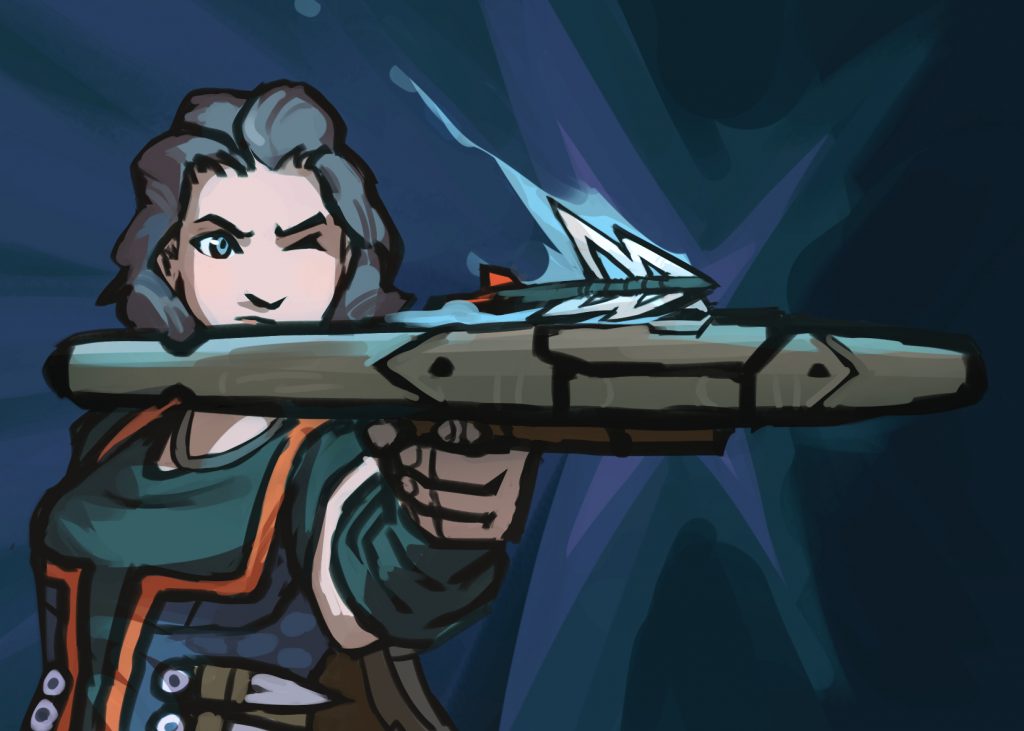 I’ve talked in the past about the Hunter getting some new ammunition mechanics, and we wanted to show that off with some new art. You won’t get to use this vicious ammo right away (this is a Novice green flame card), but the image makes it something to look forward to! 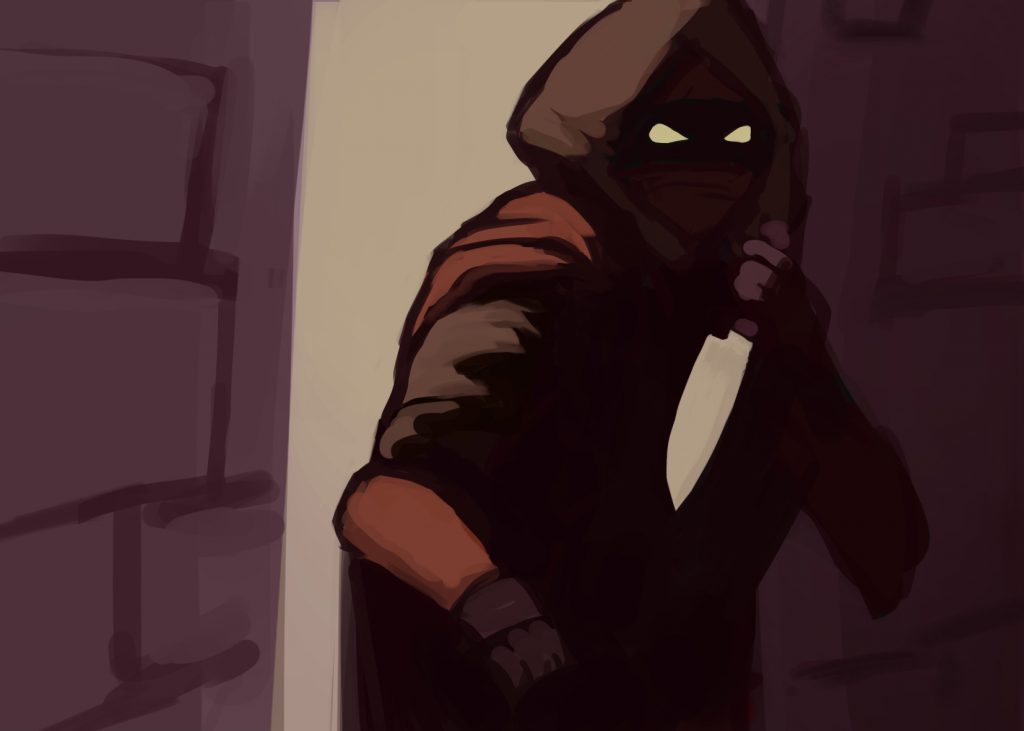 Melt into the Shadows

The Brigand’s focus has changed slightly, so we’ve tweaked her Novice Cards a bit. Instead of a second copy of Like a Reed in the Wind, she now gets a new card that helps her go into Shadows. Observant players may notice that this image is very similar to the one for Shadow’s Friend. This is supposed to be the moment right before Shadow’s Friend, almost like two comic book panels. 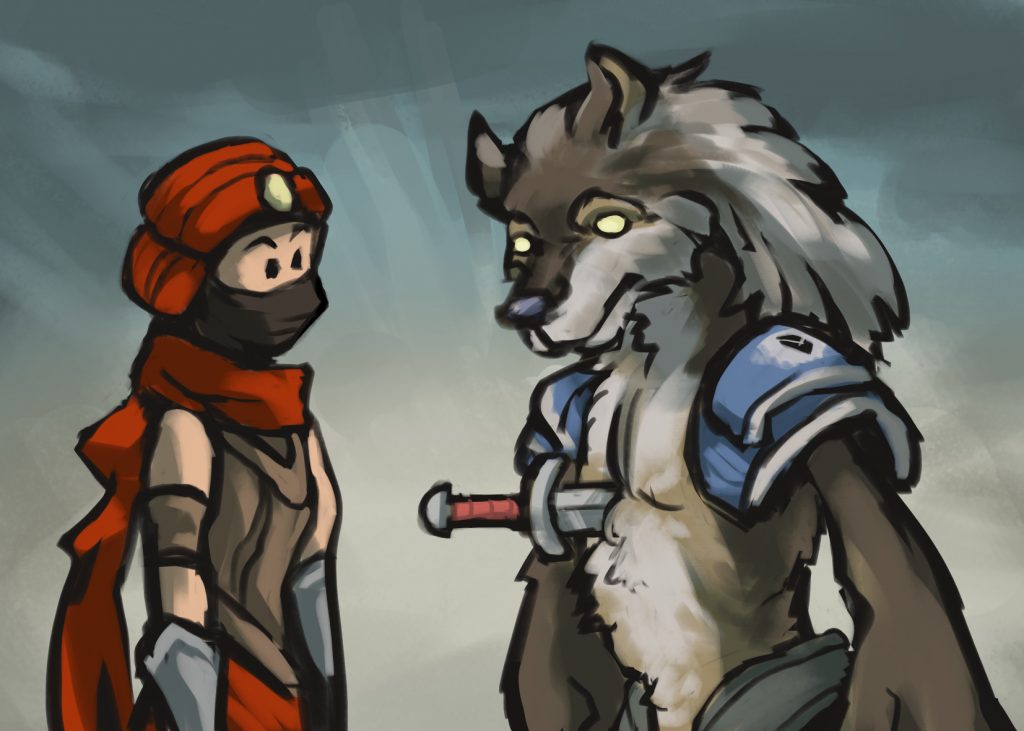 Hold This for Me

There’s always been a certain amount of whimsy in the Dawn of Heroes art, and we want to keep that spirit alive moving forward. This new card (found in both the Brigand and Hunter decks) is an Interrupt attack, and this seemed like a great opportunity to feature some humor (and obscure internet reference) as well as a Lucanine.

Now that you’ve seen all those pieces, I will also mention that none of them were done by Keith Lowe. Keith’s style has always been central to the look of Myth, but we will need more and more art in the future. We’re working on developing several artists who can capture the Myth aesthetic, and I think these pieces show that they’re off to a great start!