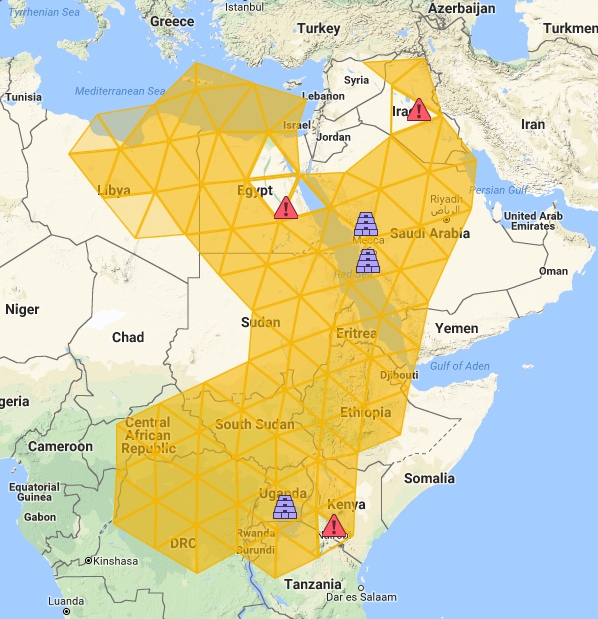 Now we move our focus from the steamy jungles of North and Central America to the deserts of North and East Africa and the Middle East, for the next Torg Eternity Kickstarter will feature the Nile Empire, reality of pulp adventure! (Expect a lot of exclamation points!!!)

Just a general note before we begin. The products being previewed are still in the finishing stages of editing and development so there may be some typos and changes before we release the final product.

In this theatre, they’re failing.

The Nile Empire is a mashup of 1920s and 30s pulp adventure, complete with “almost” superheroes and villains, World War 2 fascism, and ancient Egypt mythology. This is the reality inspired by such stories as Doc Savage, the Shadow, and Buck Rogers, but also by movies like Raiders of the Lost Ark. I’d say that The Mummy (the 1999 version) was also an inspiration if it weren’t for the fact that it followed Torg, but it’s arguably the perfect Nile Empire movie.

Doctor Mobius has expanded north into the Mediterranean, bringing Nile Empire reality to Crete and nearby islands. He drove south up the Nile River to East Africa and then west into the jungles of the Congo. His armies occupied the oil fields of eastern Libya, and expanded eastward into Saudia Arabia, Iraq, and Kuwait.
But not all is lost! Mecca and Medina, the two holiest cities for Islam are besieged, but continuing to hold out. East Africa is wracked by a growing rebellion, and resistance is fostering in Saudi Arabia and Iraq.

The Nile Empire’s Tech and Social Axioms are ‘average’ in that they don’t appear to be anything special. Technology for the most part is that of the pre or early WW2 era, with society at similar level. However, the element of eternium powers ‘weird science’ gadgets that shouldn’t work, so rarely, examples of high technology abound. The sourcebook has an entire chapter dedicated to Pulp Power Perks, including gadgets (and gizmos!)…but some gadgets can be acquired through requesition or purchase!

The Nile Empire is filled with spiritual energy and magic. In fact, the Nile Empire has the second highest Spirit Axiom out of the invading cosms, and one of the highest Magic Axioms too. The sourcebook will cover Amaatism, the only faith worshiped legally in the Nile Empire, and provide details including spell lists and spells for Nile Mathematicians, Enginers, and Pulp Sorcerers.

The Nile Empire’s Law of Action, Law of Drama, and Law of Heroism are detailed in the Torg Eternity Corebook. However, just like the Living Land, the Nile Empire has a few Minor World Laws as well.

Over the next several weeks we’ll be highlighting different parts of the upcoming products for the Nile Empire including Perks, miracles, spells, pulp powers, threats, and even traps!
If you have any questions or would like to discuss this preview, head on over to our forums!