Nile Empire Preview #11 – The Delphi Council and the Mystery Men 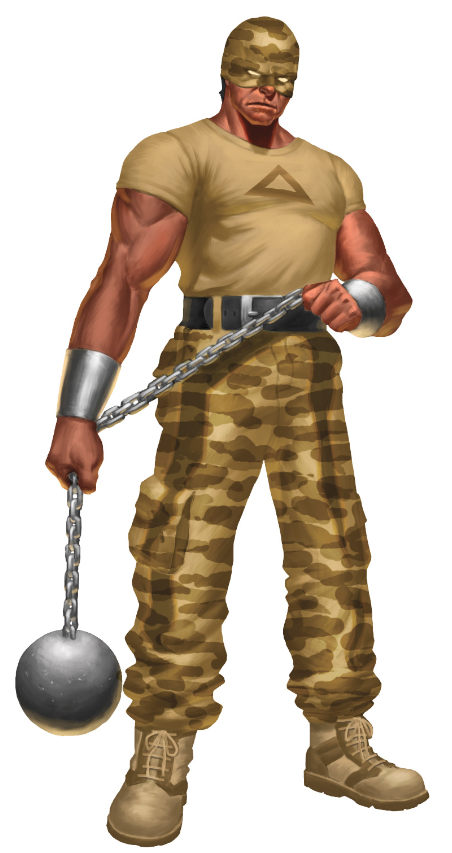 Like the Living Land, the Delphi Council assigns Storm Knights to covert (and overt) missions in the Nile Empire to defeat Doctor Mobius. Additionally, they coordinate activities and attacks with local resistance groups, particularly in East Africa and Iraq where insurrections are flaring.

The chapter covering the Delphi Council in the Nile Empire Sourcebook details Director Kenneth Nakatomi (aka “Snowflake” and created by one of our Delphi Council backers in the Torg Eternity Kickstarter) and his two Deputy Directors,  Tobin Kamensky of Israel’s Mossad, and Musa Najafi, former head of Iran’s Ministry of Intelligence.

Other agents detailed include:

The chapter then details resources available to Storm Knights including transportation, safe houses, information, and supplies.

Then some discussion is held about the various resistance groups throughout the Nile Empire, the nature of which varies depending on where in the Empire they’re located.

Finally, an introduction to the Mystery Men, a group of pulp heroes who were Doctor Mobius’s greatest foes on Terra, who came across from that cosm to ours via a teleportation device created by eminient weird scientist Alexus Frest.

Most of the Mystery Men are natives of Terra, and all of them are reality-rated. Battling the forces of Doctor Mobius has been hard though, and they’ve recently begun to expand their membership to heroes originally from Core Earth as well.

Here are a couple of them: 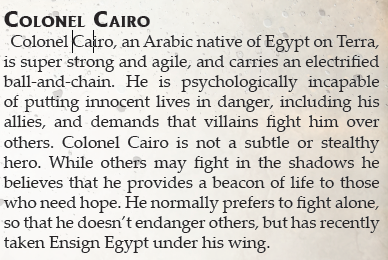 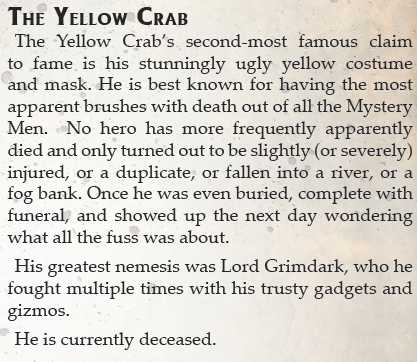