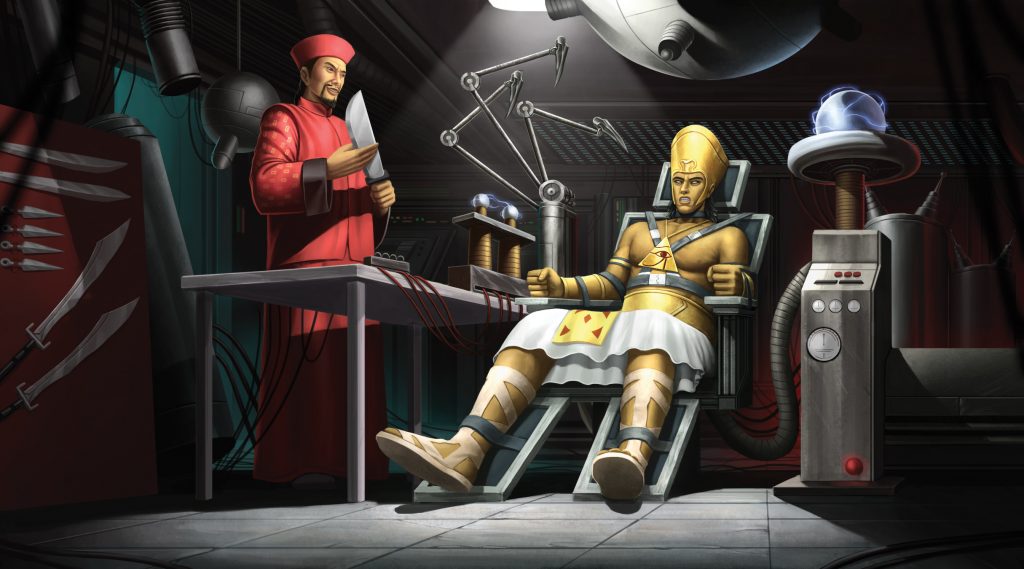 This week we take a look at stuff! All sorts of stuff that your heroes can take on adventures within the Nile Empire.

As one of the invading realms with high Spirit and Magic Axioms, the Nile Empire has plenty of holy and magic items that are relatively easy to acquire. Many of these holy items are in the form of ankhs usually worn as an amulet around the neck. Magic items are more specialized than those found in realms like Aysle. You won’t find many enchanted swords here, but instead the magic items commonly found are connected closely with the themes and tropes of the cosm. The more powerful magic items are actually mystical artifacts—a manifestation of pulp powers. 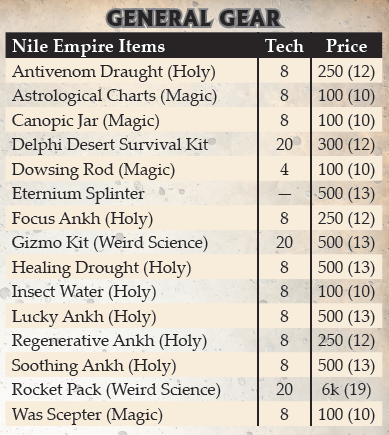 Additionally, some local varieties of armor, weapons, and vehicles are detailed, including five different sizes of bombs.

Although most gadgets are strongly tied to pulp heroes and villains, and acquired by spending Perks, weird science devices do exist. However, these are powered by eternium splinters, which burns out on a Malfunction 1-2. They can’t be replaced until the next scene. Eternium splinters and the gadgets they power are fairly rare and costly and these gadgets cannot have any Enhancements. They effectively are base pulp powers with a Limitation, though some have additional characteristics:

Finally, here’s a preview of the Gizmos Perk. This Perk is undergoing playtesting, so this isn’t necessarily the final form it takes.