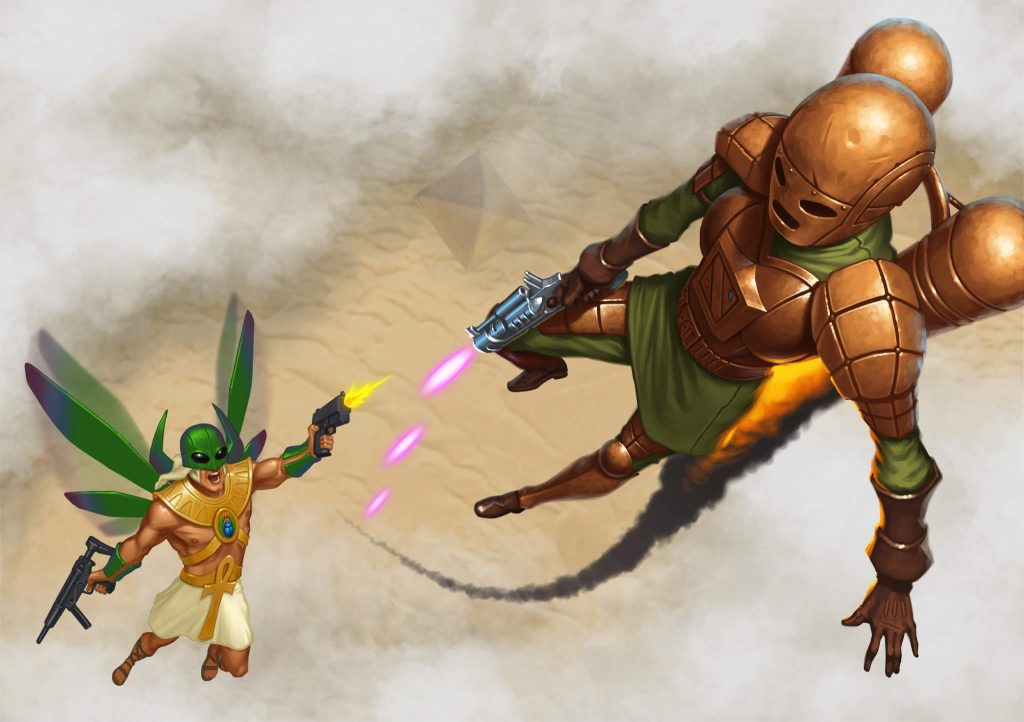 This week we take a look at the Nile Empire adventure the Fires of Ra.

In this adventure, SOMEONE DIES!

The Fires of Ra is a 110 page, seven act adventure where Storm Knights will travel across the length and breadth of the Nile Empire encountering pulp villains, members of the beaten-down Mystery Men, and even Amazons!

The adventure begins in Venice, when the Storm Knights are tasked to stop a pulp villain, the Hooded Cobra, from stealing an ancient canopic jar, one of a collection linked to a pharaoh from the Egypt That Never Was. However, as the stalwart heroes journey to Cairo, into the trackless wastes of the Sahara Desert, deep into the jungles of the Congo, the island of Hespera off the coast of Crete, to the capital of Thebes, and East Africa, the Storm Knights discover that the jars are just the start of a cunning plan that will shake the status quo of the region!

Car chases! Rockets and robots! Monsters and mummies! Airplanes and Amazons! Storm Knights will deal with these obstacles and MORE!!!

Sorry, I got carried away there. The Fires of Ra is written by Brian Reeves and Torg Eternity Line Manager, Darrell Hayhurst.

[Brian’s love for Torg began when he picked up the original box set a week after it hit stores, leading to a decade-long campaign. In fact, his first published work was the inclusion of three monsters in the original Creatures of Aysle. Since then, he has written material for Dungeons & Dragons 5th Edition, Savage Worlds, and Torg Eternity. His short adventures have been published by Mystical Throne Entertainment and Obatron Productions. In addition, Brian’s novel A Chant of Love and Lamentation was a Finalist in the 2012 Amazon Breakthrough Novel Award, and his fiction has appeared in Spark and Sand Hill Review. He teaches college English in Vancouver, Washington.] 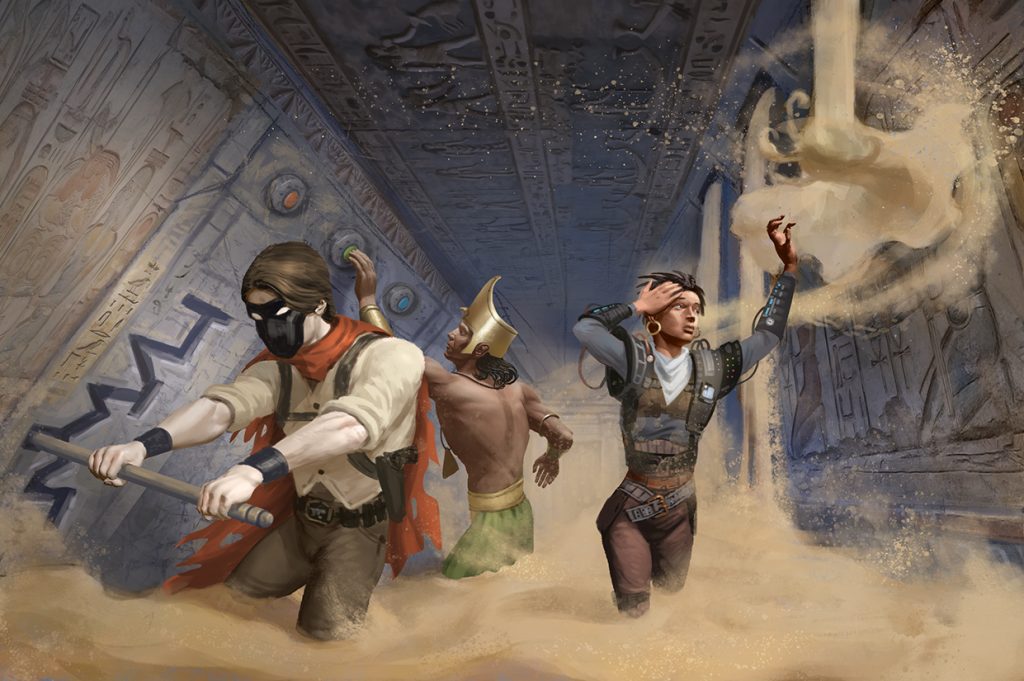