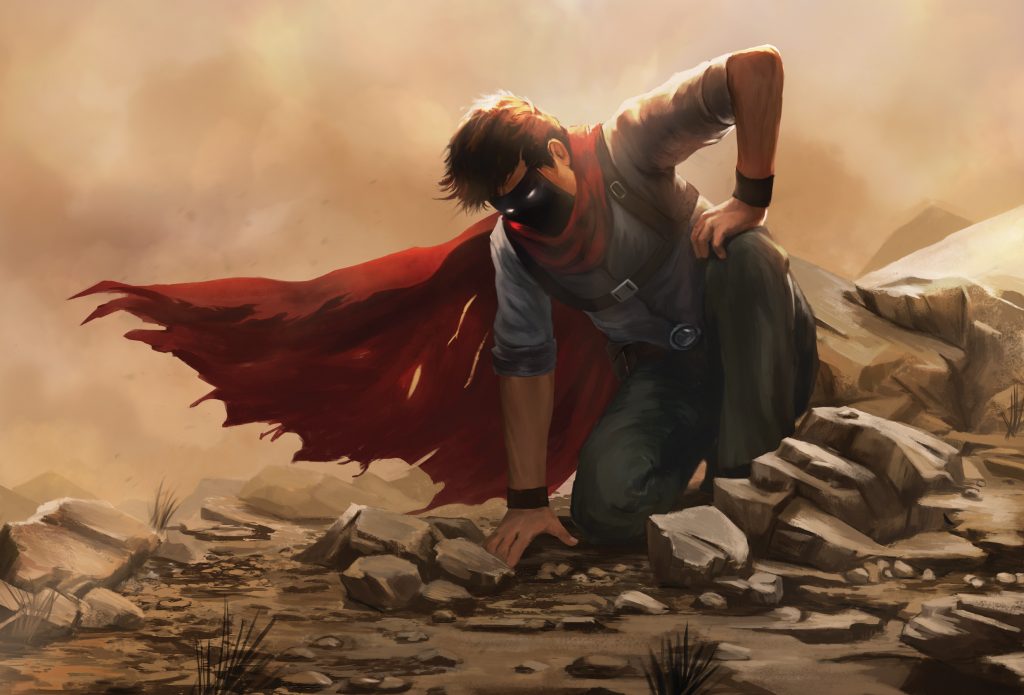 This week we look at the signature ability that characters from the Nile Empire possess: pulp powers.

Pulp powers come in a multitude of trappings, but all of them are supported by the World Laws of the Nile Empire, not the Axioms. Inherent powers are associated directly with the character himself, like Superman’s heat vision and flight.

Gadgets and Mystical Artifacts are abilities that are housed in a device, which is a Minor Limitation. The origin of the device determines if it’s a gadget or mystical. We also include some gadgets that do not require Perks, but we’ll take a look at those when we get to the Gear preview.

Pulp Sorcery rituals have no specific Limitation associated with them, but often do have them, like requiring a full round to ‘cast’ the ‘spell’.

Each pulp power has at least one Enhancement that increases the strength or utility of the power. In order to acquire an Enhancement you either have to spend a Perk, choose one Major Limitation, or two Minor Limitations. In the Nile Empire sourcebook we provide additional Limitations as well as some applied examples of those Limitations:

The Pulp Powers chapter includes quite a few new Perks to be selected. Here’s the list:

Finally, here’s an example of one of the new pulp powers: 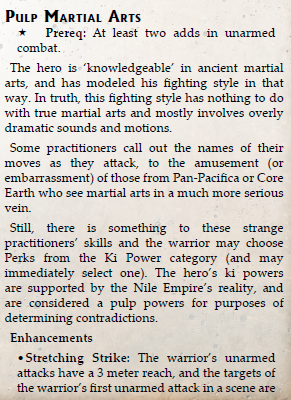 As always, if you want to talk more about this, head over to our forums!