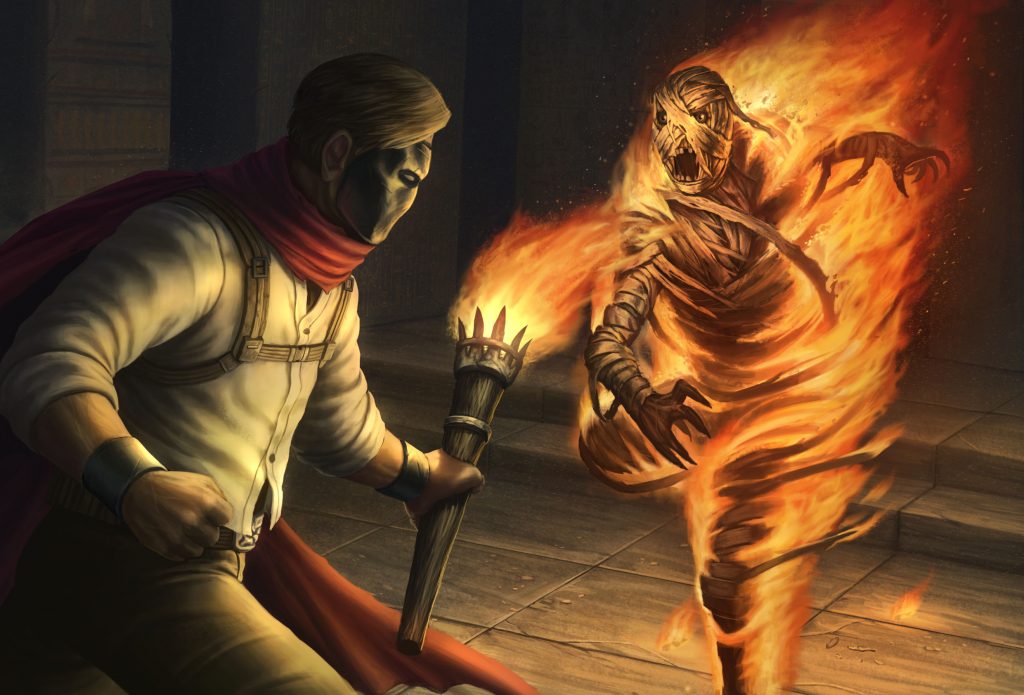 The Nile Empire is the cosm with the second highest Spirit Axiom in Torg Eternity, and the primary religion that takes advantage of that axiom is Amaatism.

Amaatism is a relgion similar to the various religions seen in Ancient Egypt, and was introduced by Doctor Mobius’s father, Amat-Ra to the ancient Egypt of Terra. The myths and legends of this faith have a darker tone, and Osiris is conspicuous by his absence in the pantheon of gods and goddesses.

This pantheon, called the Ennead, consists of nine major gods and goddesses:

Most of the Ennead is a violent and jealous family (with the exception of Ra, who is utterly disinterested in celestial politics, and Horus and Wadjet who tend to look out for the meek). Legend holds that Osiris died attempting to become the supreme god and only an alliance of Ammit, Anubis, and Sebek stopped him.

Each of these gods and goddesses are associated with one of the nine planets in the Terran solar system (they haven’t gotten around to properly demoting Pluto) and each holds a certain animal sacred, and woe come to those that harm a sacred animal. Other deities do exist, but are either considered aspects of the major nine, or are merely a minor deity.

Amaat is a concept combining truth, order, law and power. Most Amaatists believe that power is granted to those who can take it. Additionally, they believe that the universe consists of cycles and patterns, including the rising and setting of the Sun, stars, and planets. Studying these cycles eventually resulted in astrology and later the Mathematics and Engineering arcane traditions).

By law, Amaatism is the only faith allowed to be worshiped in the Nile Empire. Believers of other faiths, including Mulsims, Christians, Jews, and various African faiths worship in secret. Shockingly, nearly all people trapped within the boundaries of the Nile Empire on Day One converted to Amaatism, and Egypt is the base of the faith. Some reality scholars believe that the axiom wash on the first day of the war powered a massive network of strange mind control devices.

New miracles are included in the Nile Empire Sourcebook, which may be accessed through the Amaatist Hem-Netjer Perk, which is an upgrade to the Miracles Perk, and allows the priest to select two spells, as well as gaining the prophecy miracle. Here’s the list of new miracles available to Hem-Netjers:

Here are a couple of those miracles in detail (though remember that some of these details may change): 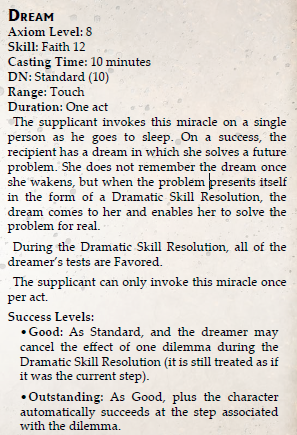 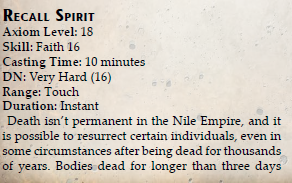 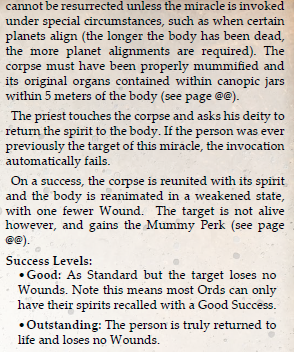 Ed: “Shouldn’t we show the Mummy Perk then?  SURE, WHY NOT!” 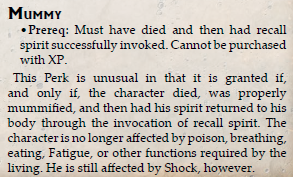