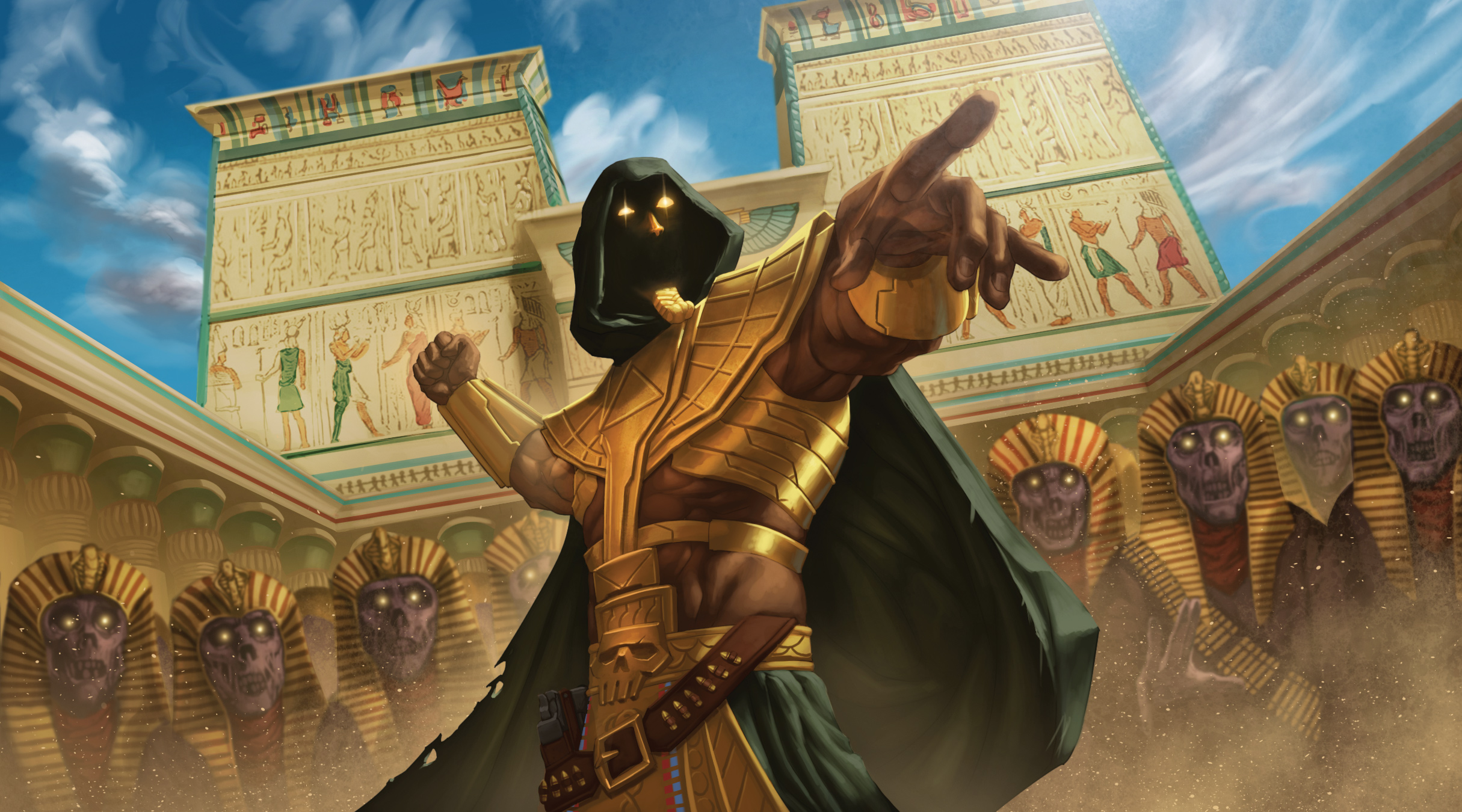 This week we take a look at the High Lord of the Nile Empire, the evil and conniving Doctor Mobius!

Doctor Mobius was born over 3,000 years ago on Terra, in that cosm’s version of Ancient Egypt. He was known as Sutenhotep, and was the bastard son of Amat-Ra, the founder of Amaatism. He and his half brother Toth became popular heroes while leading the armies of Amat-Ra in his victories over the Hittites.

Although his half-brother told him that he would become Grand Vizier when he became Pharoah, Sutenhotep was more ambitious, believing he had a greater destiny. He swore that he would not just conquer the world, but Eternity itself, and so assassinated Toth. However, Sutenhotep was captured and not willing to lose both of his sons, Amat-Ra cast Sutenhotep into the desert, where they wandered for over a decade. During this time, the erstwhile Pharoah built an army.

Sutenhotep led his forces into battle and defeated Amat-Ra’s forces. Sutenhotep personally killed his father’s royal guards and ordered his father to be mummified, as was right. “But make sure he’s alive when you do it.” As Amat-Ra had his organs removed, Amat-Ra yelled his death curse at Sutenhotep: “May you forever fail at the threshold of victory!”  The curse acted fast. Crops failed, his armies disbanded, and the peasants overthrew him and stabbed him to death.

His followers secreted his body away with the intention to revive him, but 3,000 years passed before the conditions were right. The priests of Khem returned Sutenhotep’s spirit to his body. The former Pharoah then explored the world, now in the early 20th Century, an era where magic and miracles had faded, and technology risen.  He became Doctor Mobius.

Doctor Mobius discovered eternium and invented weird science becoming the world’s first pulp villain. Using strange devices to conduct his plans he ammassed a fortune, but soon more pulp villains and pulp heroes began to spring up. His nemesis, Doctor Alexus Frest, arguably the only person who could equal Doctor Mobius’s expertise with gadgets, led his Mystery Men against him, and repeatedly thwarted his plans.

During one of his ‘retirements’ to his island hideout on Khem, Doctor Mobius discovered the existence of an powerful artifact known as the Kheftiri Idol. He found it, and was shocked to find that the Idol was sentient. Seeing the potential in Doctor Mobius the Darkness Device informed the villain that its name was Apophis, and that together they could conquer worlds.

Shortly after, Doctor Mobius and his followers left Terra, invading what would become his first “Empire”. His success was rapid and in 30 years he conquered nine cosms. Core Earth will be his tenth, and this one will make him Torg.

Doctor Mobius is mad, but cunning, and always has multiple plans on the go. He is nearly as hands-on as Baruk Kaah, but often involves himself in his schemes while disguised.

Here’s a preview of his Stat Block: 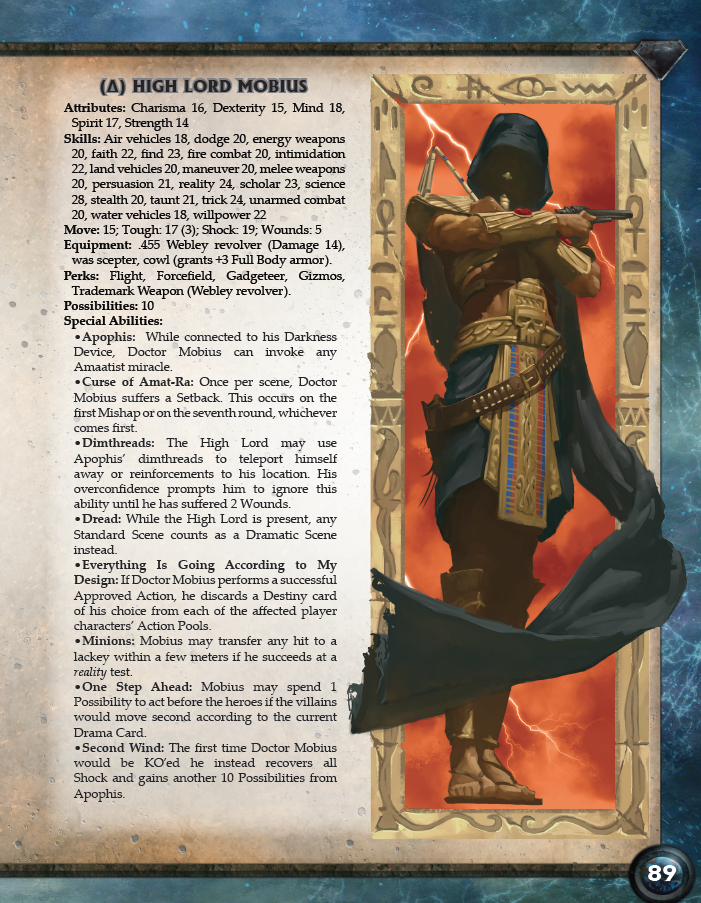