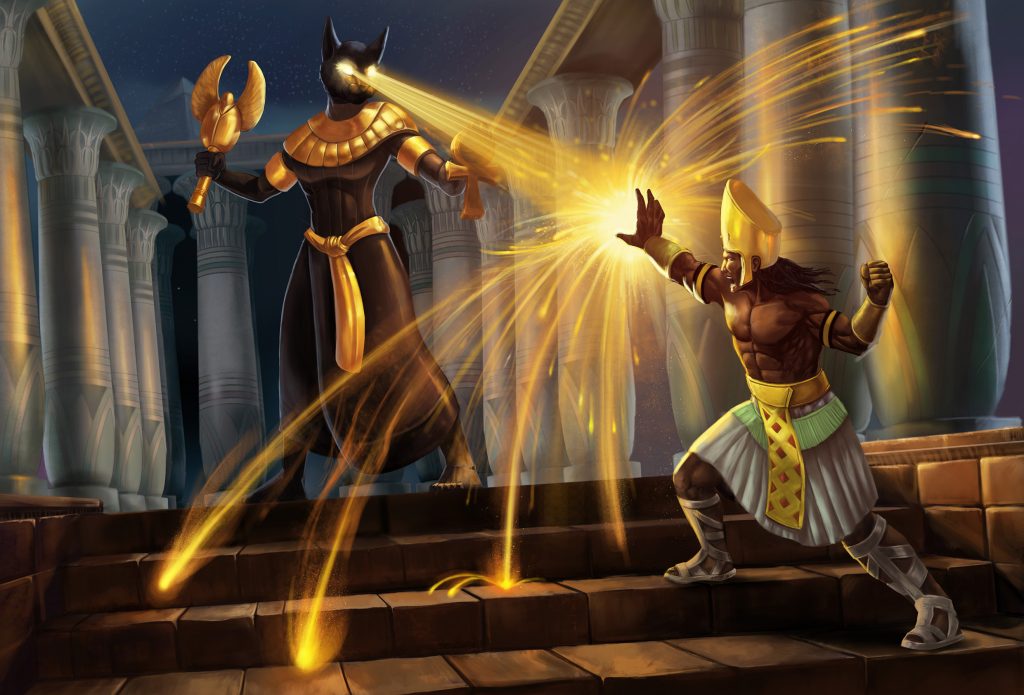 This week we take our first look at some of the creatures that Storm Knights will battle in the Nile Empire.

The Gaunt Man offered the use of gospog seeds to all of the High Lords, and although Doctor Mobius doesn’t trust him much, he does see their use. We go into a bit of detail regarding how gospog are planted and harvested, in particular the fact that the Nile Empire gospog fields yield gospog in a very regular and numerologically significant progression, resulting in harvests for each planting after 1, 4, 9, 16, and 25 weeks.

Doctor Mobius uses gospog of the 1st planting as laborers rather than soldiers. That role is reserved for the 2nd planting (specifically as cannon fodder), which take the appearance of mummies adorned with Egyptian headresses. 3rd planting gospog also look similar to mummies, have skin that is rock hard, and they are capable of running at high speeds, even as fast as say…a bus, including on walls. These gospog are most commonly used as guards or shock troops.

Gospog of the 4th planting are quite dangerous, appearing as giant mummies covered in wraps. They’re actually comprised of a swarm of flies, flesh eating bugs, and beetles, which can be blown at victims. Some 4th planting gospog are reality-rated, if the corpse that the seed was planted in was.

The seed for 5th planting gospog must be planted with a body of a reality-rated being, and when harvested, the gospog is a giant human-scorpion hybrid, retaining the face and appearance of the corpse.

Several monsters from mythology can be found within the borders of the Nile Empire, coming from all sorts of ancient legends including the Sumerian Alu and Asag, the Chiruwi and Chitsimbakazi from Bantu mythology, and the Sphinx and Divine Mummy from ancient Egypt. Divine mummies have a variety of abilities, and you never know exactly what powers one has when you attempt to plunder its tomb.

Walking Gods are constructs animated to guard tombs and other important locations. They are Beta level opponents and each of the gods and goddesses of the Ennead has an associated Walking God. Here’s the base stats of a walking god: 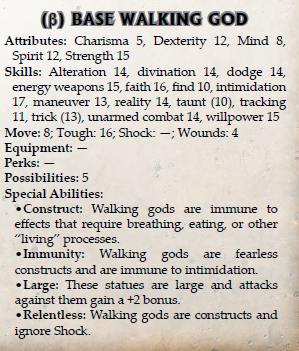 and here’s an example of a specific walking god: 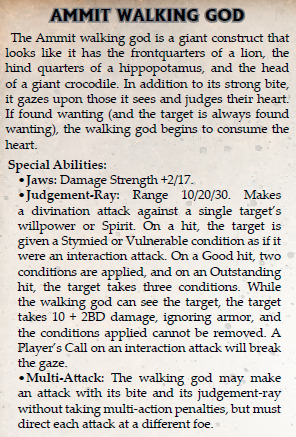