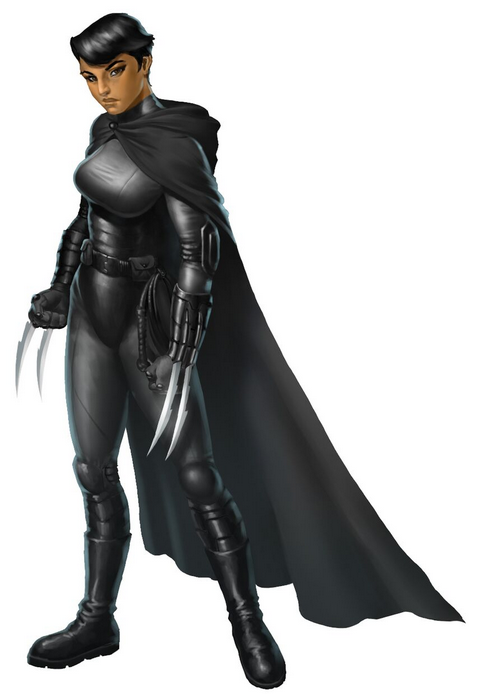 As with previous waves, the upcoming Nile Empire Kickstarter will feature a Nile Empire GM Screen and Archetypes pack, which contains new Nile Empire archetypes, plus one from Core Earth.

Here are the ones from the Nile Empire. Some of these are archetypes based on some of the Mystery Men, including the Raven, created by Shane Hensley for the Mysterious Cairo short story compilation published back in the old days of Original Torg! 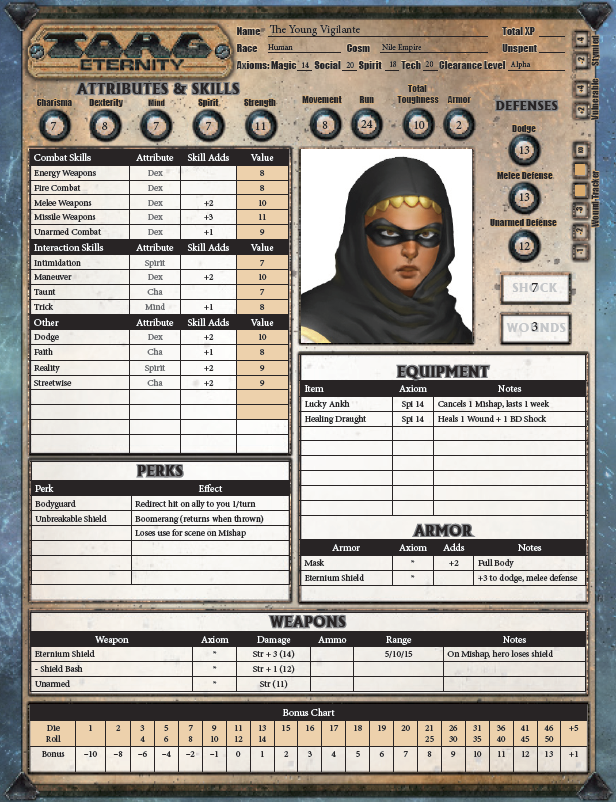 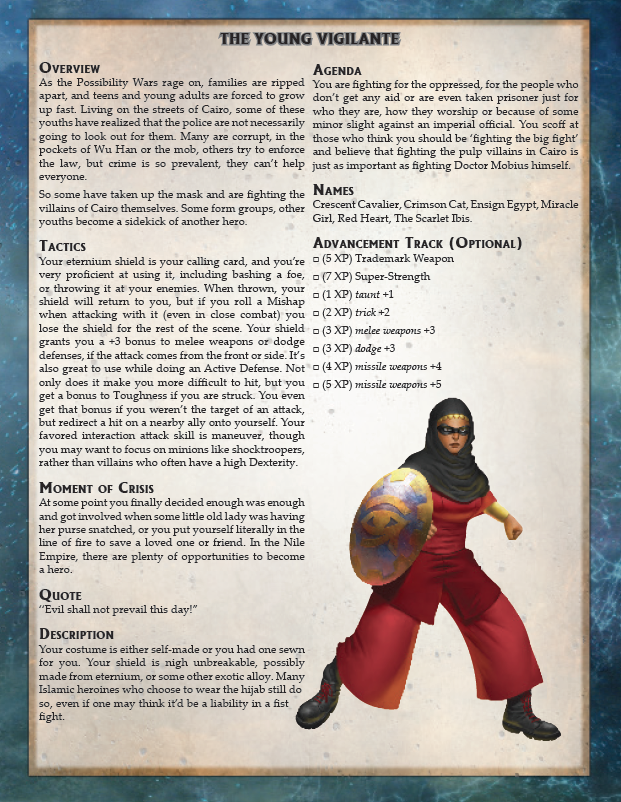 The Nile Empire GM screen comes with additional tables on the GM side that are useful specifically for running adventures in the Nile Empire, especially when you need to come up with some obstacle on the fly: 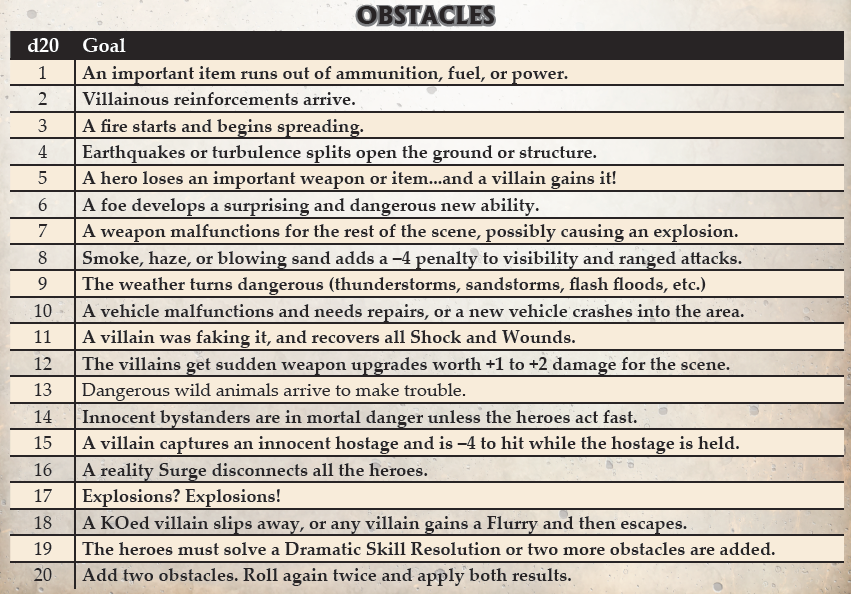