This week we take a look at one of the iconic archetypes of the Nile Empire, the Rocket Rangers, and the group of elite warriors Doctor Mobius has equipped to fight them…the Scarab Warriors.

The Rocket Rangers are a group of men and women who fought (and continue to fight) the forces of Doctor Mobius.  Although they were originally a until in the US military during the Great Warr on Terra, some were killed by pulp villains in the late 1920s and their battlesuits were donned by their widows. Six men and women came over from Terra along with Alexus Frest and the Mystery Men, but as of the end of the first year, all of them have been killed by the minions of Doctor Mobius, including the Scarab Warriors. The Mystery Men managed to retain and repair four of the battlesuits. 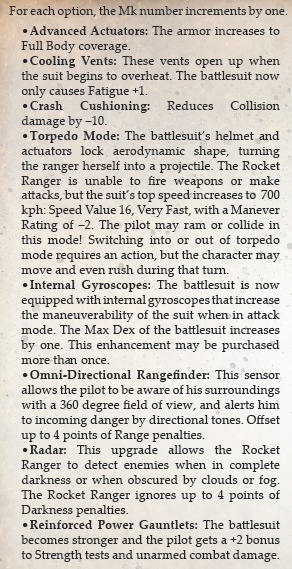 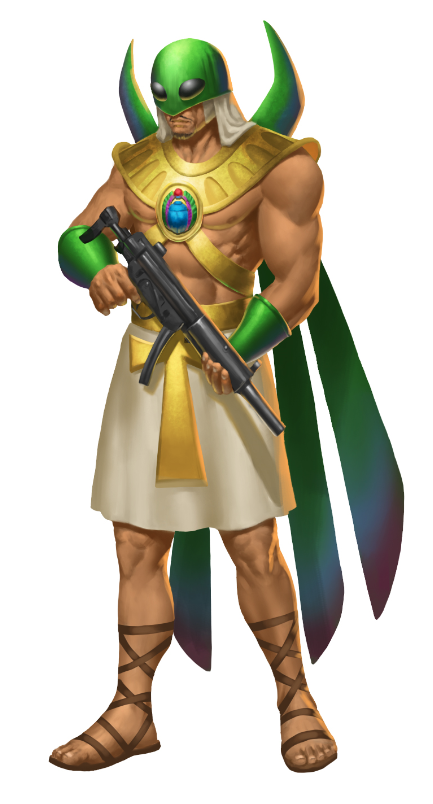 To respond to the unique threat that the Rocket Rangers posed, Doctor Mobius created a battlesuit to allow his elite shocktroopers an equal footing against the aerial crusaders: