We know a lot of folks are at home right now and we want to give you something to do, something where you can be creative, or just distract you for a moment. The Dark Eye core book and two Solo adventure are FREE to download right now (technically Pay What You Want). In addition we highlight more free or inexpensive offerings for fans and new players to play online. 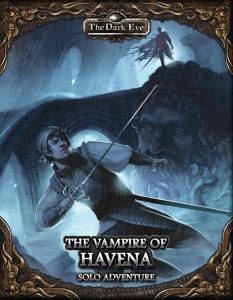 Our original English solo game, Vampire of Havena is Pay What You Want. This solo adventure has all the rules needed for play. You just need a pencil, paper, a D20 and a D6.

Watch a solo play through on our Youtube channel.

You hear the muffled sound of footfalls on wet cobblestones, then the sound of heavy boots stepping through puddles. You can’t see farther than ten yards in the thick fog that billows through the dockyards of Havena. You’ve lost track of your pursuers, but you’re sure they haven’t lost track of you. How can you get away? You never respected law and order quite as much as the priests of Praios said you should, and now this is the worst trouble you have ever been in. You cannot trust your eyes, and your ears even less so. Too many sounds echo in the streets—the hiss of an alley cat, the flapping wings of an old raven, and footsteps that seem to approach from every direction…

Get Vampire of Havena on DriveThruRPG 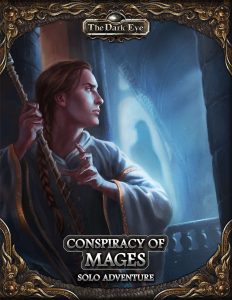 We’re offering the Conspiracy of Mages PDF as Pay What You Want (even $0.00), which is a solo adventure that includes all the rules you need for play (you don’t even need dice!). The adventure walks you through the rules as you go and includes two files, one that has linked sections and time tracking tools. It also has “dice” randomization images in the bottom corners in case you don’t have dice! Perfect for several hours of solo fun.

After years of homework, tests, and a life dedicated to becoming the best mage who ever graduated from the prestigious Lowangen Academy of Transformation, you now face one last hurdle: the final exam. Today you demonstrate your mastery of the arcane arts—at least, that’s what you expected when you awoke this morning. Now you are not so sure.

Your professors wield unimaginable power and command great respect in society, yet all is not well. Some cast envious eyes upon each other’s achievements and status, and a foul plan is afoot. Without even trying, you stumble into a web of intrigue and treachery that threatens to ruin the school’s reputation and end your career before it even starts.

Something sinister haunts these learned halls. As a young student of magic facing an unexpected challenge, can you solve this mystery and still manage to graduate?

Get Conspiracy of Mages on DriveThruRPG

Play in a Group 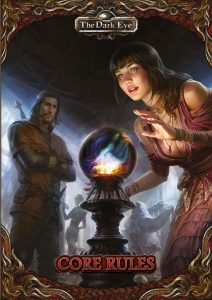 If you have a group looking to start with The Dark Eye, the core book is Pay What You want. This core rulebook contains everything you need to play in the world of Aventuria.

Add the free Quickstart and you have pregenerated characters and a quick adventure!

Get The Dark Eye on DriveThruRPG

Get The Dark Eye Quickstart on DriveThruRPG

There are many avenues for folks to play games online. Some people use simple voice/video chat on Discord, while others enjoy a more details virtual tabletop such as Fantasy Grounds, Roll20, Arkenforge, or Astral for RPGs and Tabletop Simulator for Aventuria. There’s even a mobile game from a few years ago with a free demo called Moon of Blood. 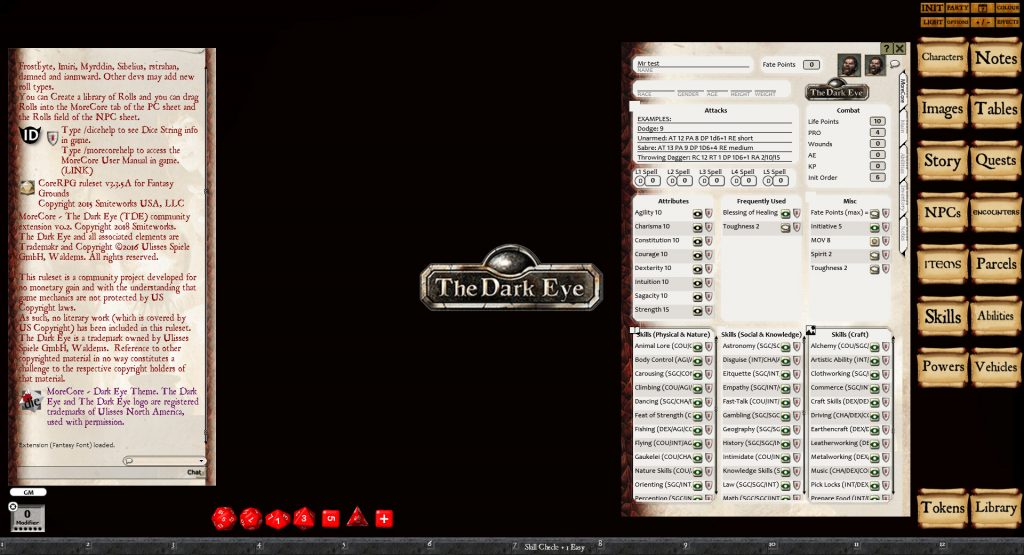 The great community of Virtual Tabletop fans on Fantasy Grounds has created modifications to their MoreCore ruleset to allow a The Dark Eye extension to be played. In addition there is a great Theme for use with The Dark Eye, all free. 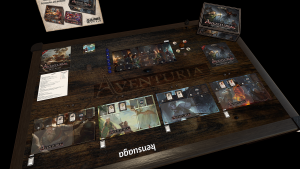 If you already have Tabletop Simulator the Aventuria Adventure Card Game add-on is free.
On sale at the time of this article for $9.99 or $29.99 for 4 on Fanatical.com

Play by yourself, duel with friends! 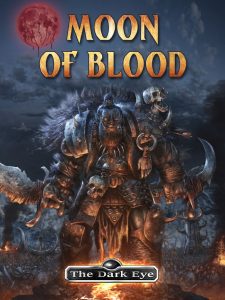 The Moon of Blood video game has a free demo version and if you like that you can purchase the game for $4.49.

Fight with warriors, bowmen, and even siege weapons against frightening creatures and challenge yourself in various attack and defense missions. Build your own fortresses and destroy those of your enemies.

Develop multiple attributes, skills, combat maneuvers and individual advantages of your hero by yourself or let him be generated automatically.

Experience a sensational depth of gameplay, you have never seen before on your smartphone or tablet.

This demo version is free and without advertisements and provides you the first two missions of Moon of Blood. In the full version an additional heroine will join your adventurer with magic abilities.

Fans have created a plethora of Free, Pay What You Want, and inexpensive products for The Dark Eye on the Scriptorium Aventuris on DriveThruRPG. 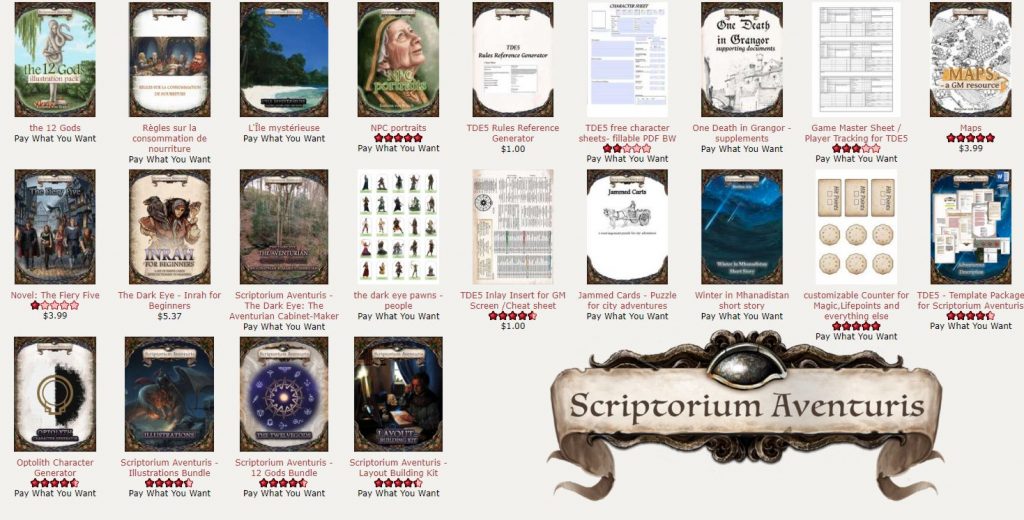 12 thoughts on “Stay Home and Play The Dark Eye”