Centuries of battle have molded the Race into something not quite human. Although the cosm’s World Laws conspire to leech hope out of the Race, they still hold onto the concepts of honor, friendship, and even love–which prove that they have not become the demons they fight.

The Race is nominally human, but they do not get unfettered access to Human Perks, but instead get their own suite of Perks (though one of those Perks does grant access to a single Human Perk). Other Race Perks include 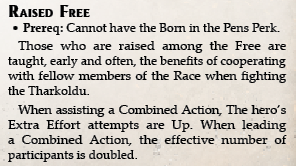 Eternal War, which buffs damage against technodemons, Awakened to the Way which grants Race psis another three psionic powers, and Master of the Way, which grants a Race psi the ability to pick a psionic power from any list.

Those who are raised Free can take the Raised Free perk. 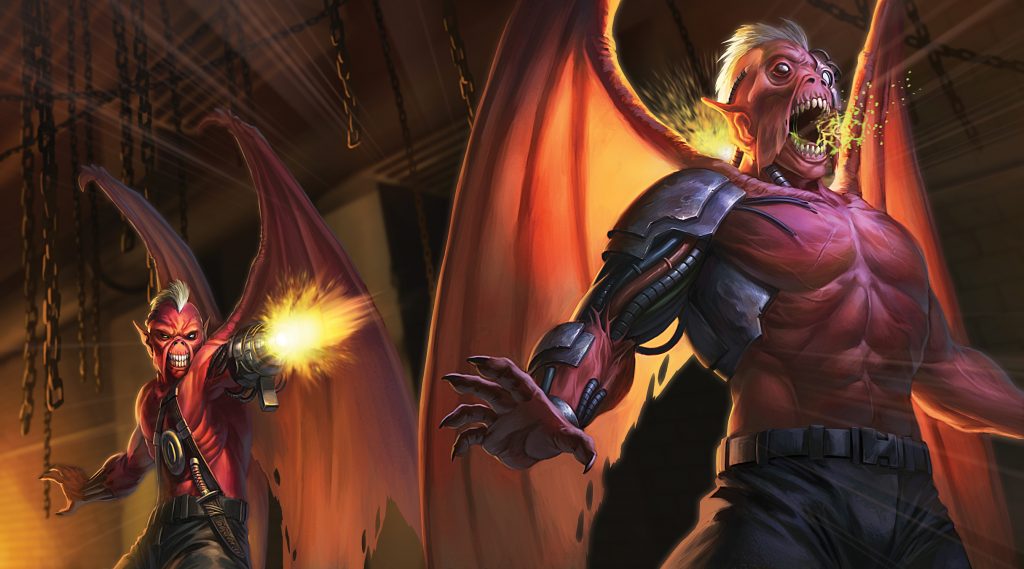 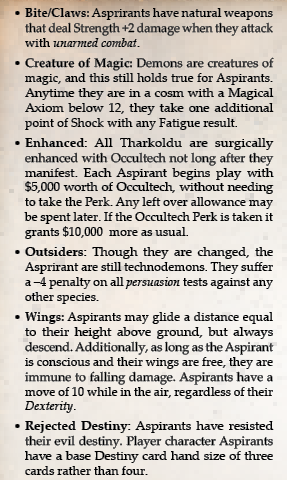 Tharkoldu are literally born evil, manifesting from the arcane energy of Tharkold. Until recently, all Tharkoldu who transcended have chosen the path of destruction.  However, whether it is due to Core Earth’s Law of Hope, or Tharkold’s Law of Conservation of Evil, a rare few technodemons have chosen a different path since the invasion of Earth. These technodemons are known as Aspirants.

Although they chose a better path, they still fight their inner darkness, and are not as powerful as other Tharkoldu. This “weakness” manifests as a shorter stature (‘only’ 2 meters in height), their wings are not capable of true flight, and they lose their innate ability to use magic.  However, Aspirants still are dependent on a high Magic Axiom to thrive. Here are the Aspirants’ racial abilities and flaws. 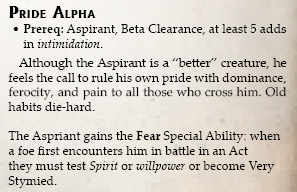 Like other major races, Aspirants can select racial Perks that enhance their abilities, often regaining some of the power they lost when choosing to fight the forces of the High Lords.  These Perks include the ability to manifest arcane chains, select extra Occultech, gain true flight, and become a Large creature.  Additionally, some still feel the pull of ruling their own pride:

6 thoughts on “Tharkold Preview #2 – Aspirants and the Race”