Kranod was the favorite of Alph, Tharkold’s oldest technodemon at the end of the Final War against the Race. He was Alph’s “favorite” test subject and had long planned to assassinate his master, but was thwarted when another Duke did the deed. His attempt to take credit for the assasination backfired and he fled into the ruins of the Final War and in those blasted lands, far beyond where any technodemon had explored, he came across Malgest, a Darkness Device.

Malgest called Kranod “master” and when Kranod returned he used it to kill half the remaining Dukes, and was named Prince of Tharkold by the remainder. However, he didn’t have Alph’s ambition or brilliance, and so Kranod’s rule was marked mostly by sloth. It took 200 years before Kranod finally invaded his first cosm, and only when Malgest detected the drop of Tharkold’s Magic Axiom.

Kranod had only invaded his second cosm (a century after invading the first) when the Gaunt Man offered him the opportunity to join in on the invasion of Core Earth. The catastrophe of the initial invasion, and the lack of progress of expanding his realm led Malgest to finally lose patience and look for another. 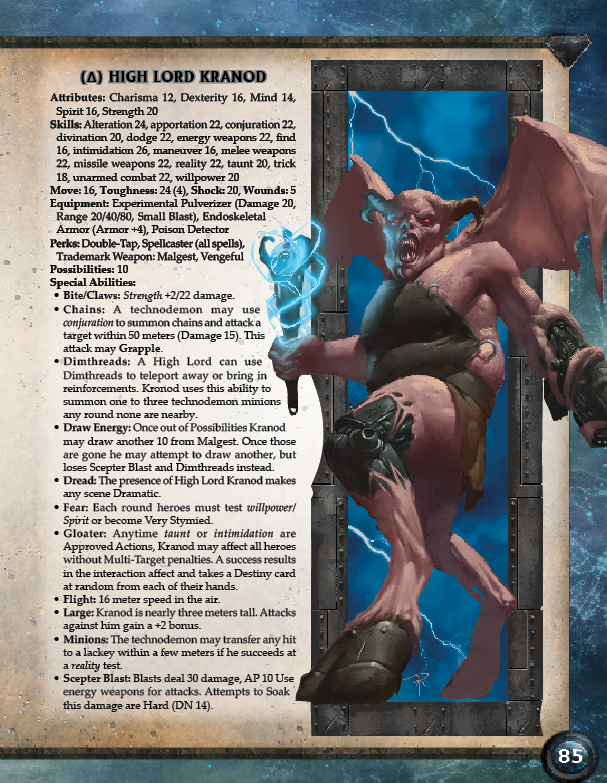 As Kranod was Alph’s favorite, so Jezrael was Kranod’s. His thrall was born in the slave pens and fought in his campaigns against other worlds. Every torture he inflicted, and every installation of Occultech Kranod did made Jezrael hyper focused and more dangerous. The High Lord of Tharkold took it as a challenge to see how far he could push Jezrael before she broke. She never did.

And then she killed him.

Jezrael is no friend of the Race. She views slaves as pathetic creatures, and although she hates the Tharkoldu, she respects them. She believed that with the death of Kranod, she would become the High Lord of Tharkold, but she is mistaken. Instead, Malgest is taking its time to determine who truly deserves to rule.

Jezrael is determined that it be her. 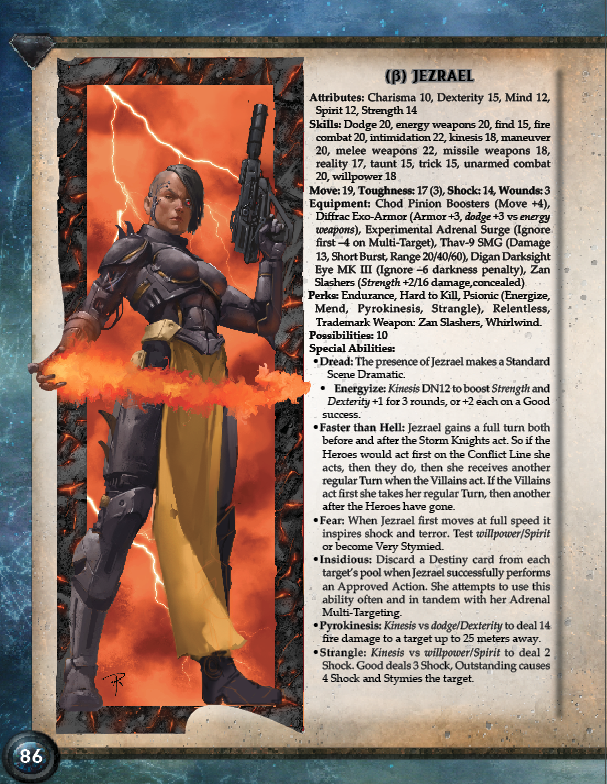