This week we take a look at magic and spells in Tharkold (and the cover of the Tharkold Sourcebook)! 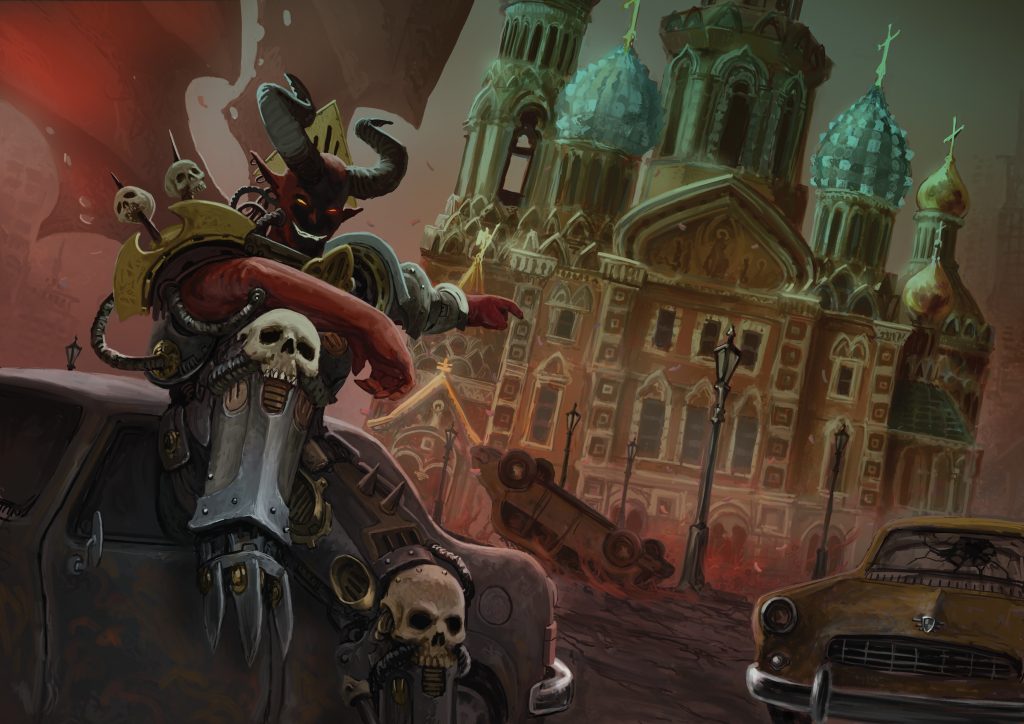 The Tharkoldu brought with them their own demonic magic, but much of that knowledge was lost during the Pandasm. Demonic scholars started developing new spells as the Magic Axiom dropped, ones which enhance, empower and even destroy the advanced technology they’ve become used to.

Some of these spells (in particular any conjuration spell) are now contradictory in Tharkold, but the Demon Scholar Perk allows spells in the Demon Magic list that would be Four Case contradictions to be treated as One Case instead.

Although many acolytes and magi of the Race consider Demon Magic profane, some members of the Race look at learning this tradition as using the technodemons’ strengths against them.

Here’s a look at the Demon Magic spell list and the impaling limb spell. 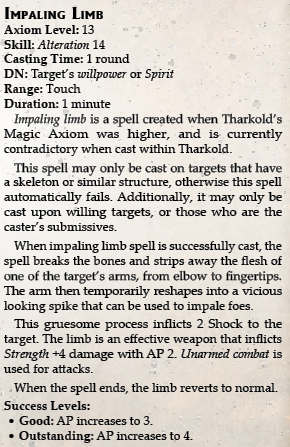 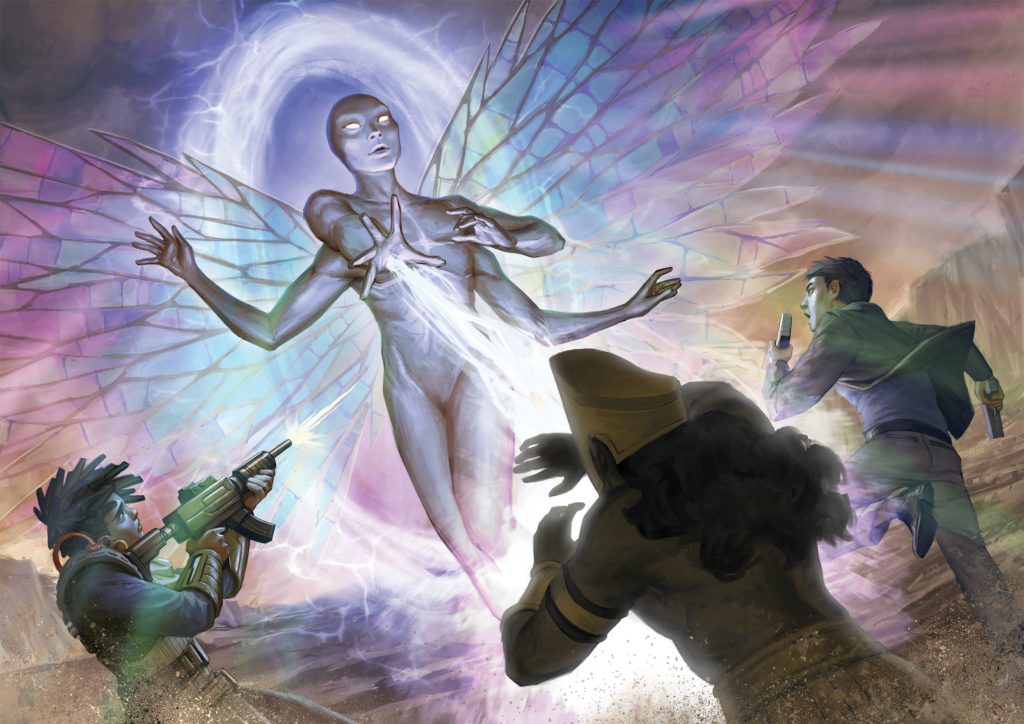 The Race were once masters of the arcane arts, and in fact, summoned their eventual overlords through rituals. A refugee from a cosm Tharkold invaded discovered the old magic, and subsequent scholars blended those spells with repurposed magic of the technodemons and conquered worlds and created an arcane tradition whose purpose was liberation.

Here’s the Freedom Magic list and the chilling darkness spell. 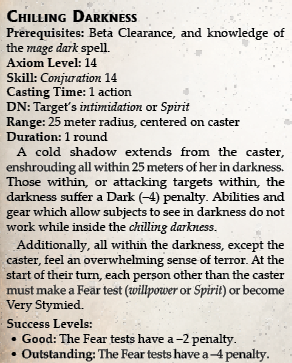 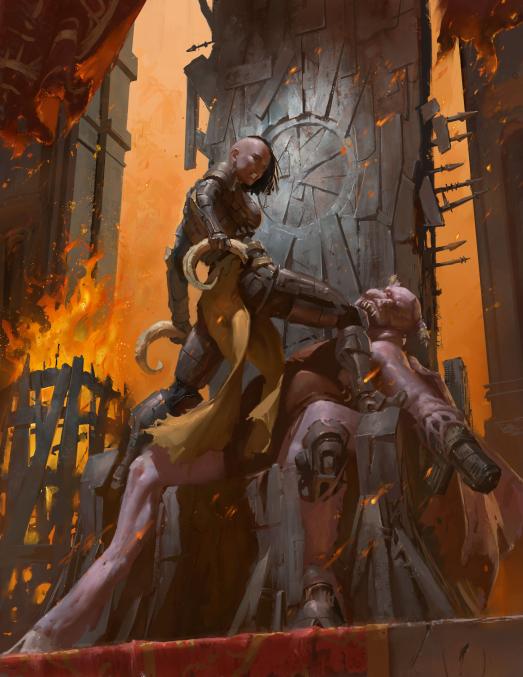 Preview 2: Aspirants and the Race