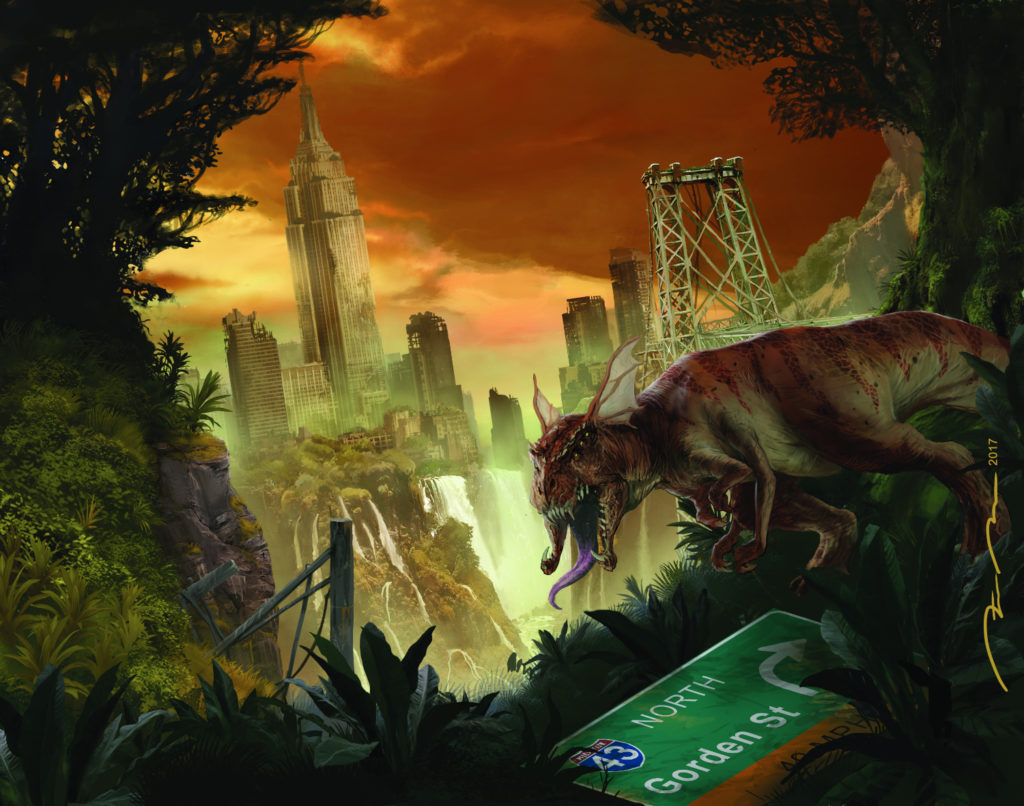 For me, one of the best parts of working on Torg is getting to create the strange creatures that populate the different cosms. Ross Watson did an amazing job on the Living Land sourcebook, but there was room for me to contribute by bolstering the character options—and adding some more monsters!

Dinosaurs are awesome, but one of the conceits of the Living Land is these aren’t really our dinosaurs. Modern science is discovering feathers, but in Takta Ker it’s all scales and spikes. They look like movie monsters, and we wanted to really reinforce that with some totally bizarre adaptations that I hope science never discovers for terrestrial dinosaurs.

The “Sohba-Sohba,” for example, is similar to a gigantic Gila Monster…except for the two heads and long necks. Like a Gila Monster it grabs onto prey and then chews venom into play with grinding teeth. The two heads are independent enough that it doesn’t Multi-Target, it rolls two separate tests. This creature likes to Grapple, so don’t get caught as the sole focus of attention for both heads!

Another fun creature to work on was an update from classic Torg, the gigantic “Borr Aka.” It’s a behemoth, and I wanted to do something more with it than just give it massive stats. It has those too, with a Strength and Toughness high enough to withstand missiles and tank cannons, but the trick to stopping it is precision: getting a team underneath the heavy plates that protect its vulnerable spots. Slipping past the grinding plates is a Dramatic Skill Resolution, and anyone who completes it is safe from the Borr Aka itself and able to plant bombs or make attacks that might bring it down. Of course, there may be edeinos guardians, parasites, or other creatures under those plates too!

Variety and danger are baked into the World Laws of the Living Land, and it’s a blast seeing that reflected in the foes and adventures we’re writing.