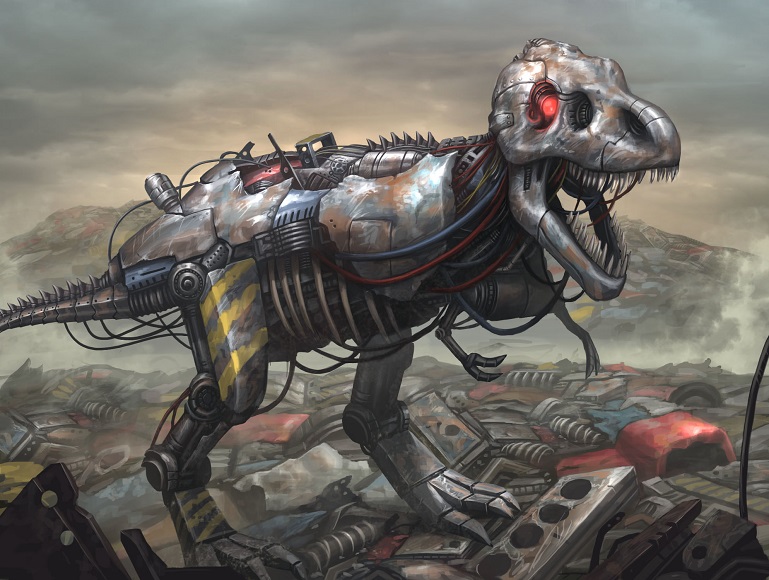 We want to keep the same ideas going in Torg Eternity, but the internet makes it so much easier. Like the original, we intend to keep some secrets involving the formulas and processes used behind the scenes—after all, the agents themselves don’t know exactly how their actions are going to impact the overall war, only that they are making a difference. Still, I can talk about some of the factors we take into account, and how we plan to involve the war going forward.

We’re not tracking spent Possibilities this time around. We don’t want to encourage hording, because half the fun of the game is spending Possibilities to do outrageous things. Instead, we’re tracking Glory. The tales inspired by such epic deeds fill a zone with hope, and hope recharges the Ords and makes the zone vulnerable to counter-attack.

It’ll be a little while before we get there, but once we hit a critical mass of adventures we’ll use the survey reports we’ve been gathering to see where that hope is building up. It’ll be based on how many groups have actually adventured in an area, along with whether Glory was played along the median. The more surveys with a median Glory result, the higher the energy in that attached zone. The highest energy zones become ripe for a Stela Event…once the stela is mapped.

We have a Google Map that shows the assumed positions of all the known stelae at different points in the war. These are rough coordinates, based on guesswork and observation from the Delphi Council, but they aren’t exact. Once a zone is vulnerable from hope the Delphi Council will put out a call to map a specific stela, what kind of defenses it may have, and any complications that could arise from an operation to uproot it. The intent here is to have a little fun with the real area if possible, getting photographs of real places in the area where a stela might be hidden, or even real objects that could work as a stela, and get their exact GPS. We don’t have to wait for the call to map stelae to gather info on them, so if you’re near one of the map points have some fun scouting around!

A few times a year when we have hope and a mapped stela we’ll start an event, calling all Storm Knights to travel to the area in their version of the war and attempt to uproot it. We’ll publish a free scenario with all the information gathered, any unique enemies and complications, and as usual have a survey for the results. Afterward we’ll update the Google Map and future Torg Eternity products with the revised map. Note that your heroes might rip up any stelae you like in your individual campaign, these events push the entire war forward.

Usually at GenCon and perhaps a few other conventions each year we’ll run a special event that has a direct and immediate impact on an upcoming book. We’ll publish the results and the adventure itself for private play as soon as possible, but in some cases that could take a year or more. Direct feedback events like these help keep the setting “alive,” and shifting in unexpected directions as we go forward. They’re also usually tied to major events that require significant planning either way, sometimes whether we’ll attempt a book or a wave at all.

There are also subtle inputs in the direction of the war. One of the sources of these are the “Rumors” marked on the forum. We treat these as unverified field reports from operatives, and they may or may not be true. Some we might hint about or reference in adventures. Others we’ll compile as part of an occasional survey asking agents to confirm as positive or negative.

Any rumor might be true or false in a particular version of the Infiniverse, but the majority determine whether something is true in the published version of the game. Infiniverse Exchange products might be sources of rumors as well. A confirmed rumor might impact the direction of the war, so keep your eyes open, Storm Knights!

The most fun I get to have as a designer is figuring out the High Lord reactions to the twists and turns the war takes. Sometimes players hit on an unexpected strategy that could seriously affect the war—so what would the High Lords or Darkness Devices do about it? Over the coming years we’ll see the High Lords adapt (or be replaced) based on how events unfold.

We have ideas on how this might go, and even plans for what happens if everything goes as we expect. But players are involved, so it’s foolish to think things will go as expected. I’m excited to see what stories come out of the High Lords responding to the unexpected.