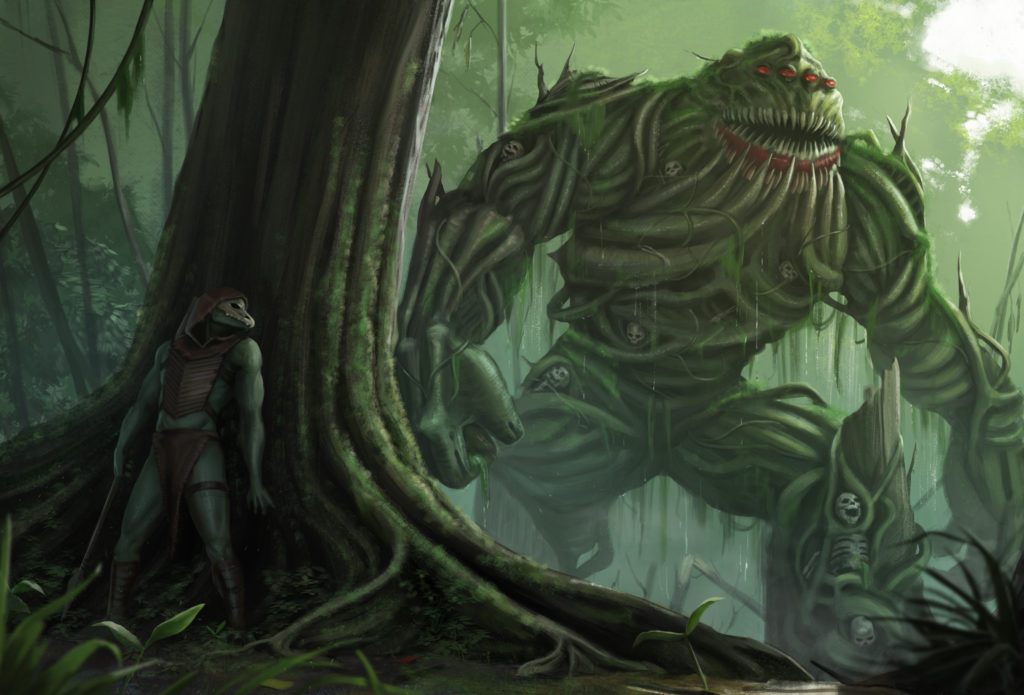 We’ve shown you what characters will look like and how they fight. This week we preview the villains and foes in Torg Eternity, including their special abilities, a summary of common foes, and a few sample stat blocks.

Just like Storm Knights, opposing characters and creatures have Perks as well as Special Abilities.

Some common Special Abilities include:

Additionally, creatures and villains often have custom Special Abilities listed, some that replicate Perks and others that feature interesting attack modes.

It can be difficult to keep track of a large number of mooks or minions. At the GM’s option, large numbers of similar creatures can be treated as a Mob. Each time the Mob takes Shock equal to a member’s Shock limit, one of them is KO’ed. Wounds also take out Mob members as usual.

Named villains are often the toughest opponents Storm Knights can face. But not all of them are combat monsters and some have more strategic abilities.

Here are a few sample stat blocks included in the core book: 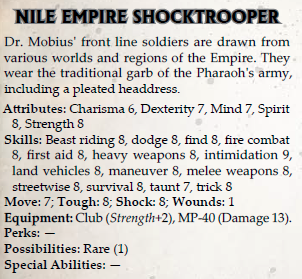 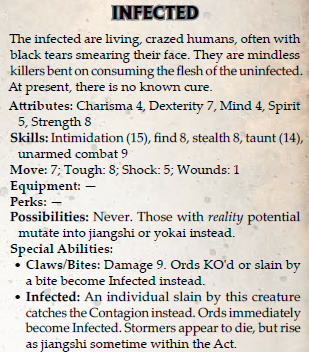 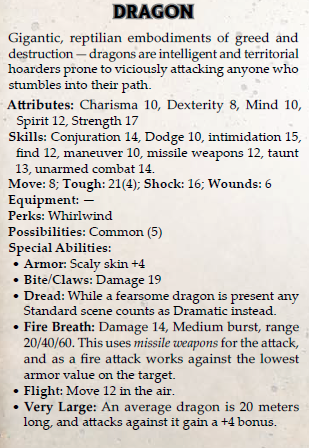 The “Insidious Wu Han” taunts you again! If you want to know more or ask questions, just head on over to our forums!