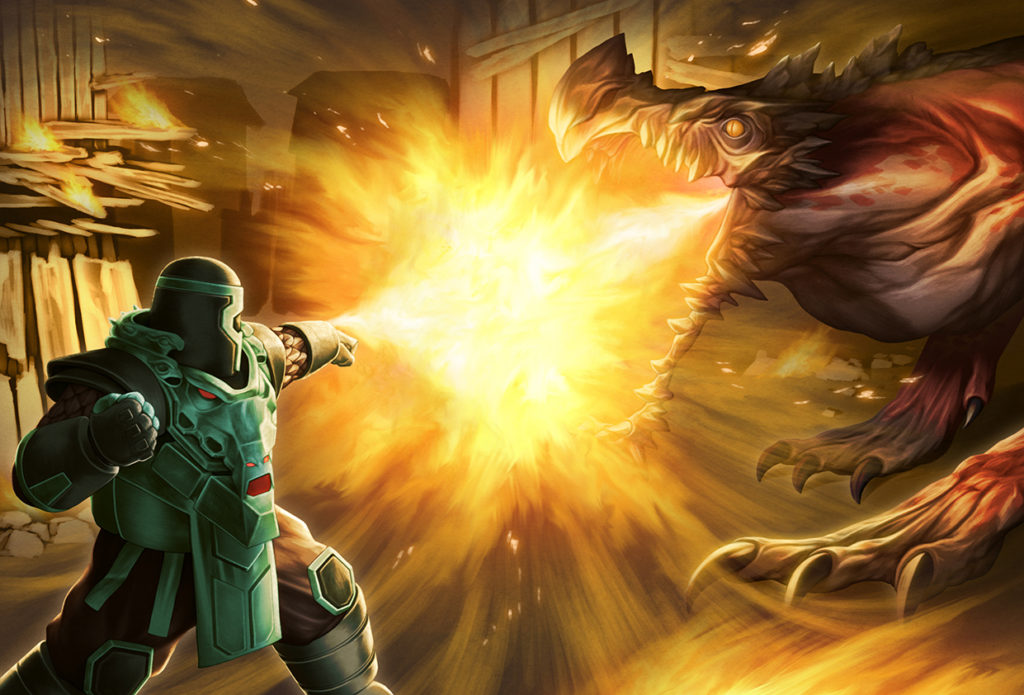 In this week’s preview we look at the origins of Storm Knights, how reality storms work, introduce you to some of the iconic Storm Knights in Torg Eternity, and finally, give you a sample archetype.

A Moment of Crisis

Although the High Lords refer to those beings who become reality-rated during an invasion as “Stormers” due to the proximity of reality storms occurring nearby, those of a more heroic nature prefer to call themselves Storm Knights.

When a clash of realities occurs, ordinary people often transform to the invading reality and forever become a denizen of that cosm. Some special individuals, however, transcend the transformation and become reality-rated. Transcendence requires two additional elements: a conflict between two realities and a strong moral choice. When all three qualities coincide, the individual transcends her “moment of crisis” and becomes reality-rated. Unlike Original Torg, this is the only way for a character to become reality-rated.

The choice to fight for the invaded reality doesn’t necessarily mean the person remains a denizen of that reality. Occasionally the individual transforms to the invading reality. The transformed Storm Knight still fights for Core Earth, just as an ally from the other side, with all the new skills and abilities to go with it.

Reality storms are a fact of life as a Storm Knight. If caught within one, a hero can lose Possibilities or even transform. On the other hand, an exceptional reality test result can grant the Storm Knight additional Possibilities. The stronger the zone though, the harder it is to resist the effects of the reality storm. Storm Knights beware if caught in a reality storm in a Pure Zone!

Core Earth Storm Knights can select the Storm Caller Perk (once they gain considerable experience with reality). This allows the individual to invoke a reality storm against a reality-rated Stormer from a different cosm. The rules for invoked reality storms are different from Original Torg. It’s a contest of reality skill vs. reality skill, with successes draining Possibilities from the opponent. However, the participants can’t gain Possibilities from the each other…they’re lost to the universe. The loser of the reality storm contest ends up drained of Possibilities, Very Stymied, and Very Vulnerable, but does not transform…unless a Critical Problem comes up on the Drama Deck during the struggle. In that situation, if either participant fails her reality test, she becomes drained of Possibilities, reality skill adds, and transforms to the other reality!

Meet the Defenders of Core Earth

Torg Eternity features a diverse cast of iconic characters, from across the globe and from other realities. You’ve seen many of them in the art samples in these previews, but here’s the lowdown on all of the characters featured in the core book. 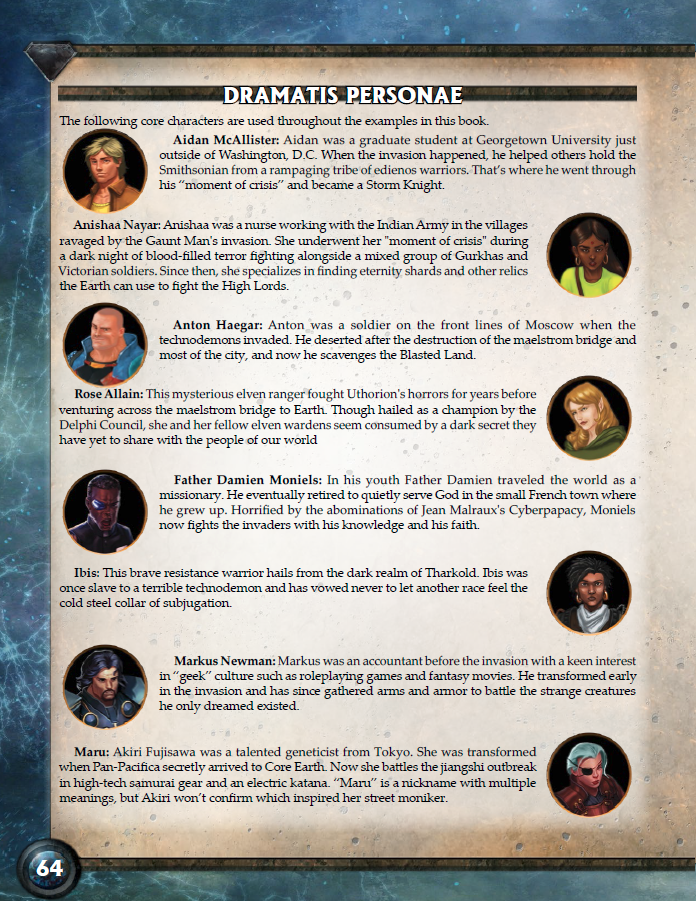 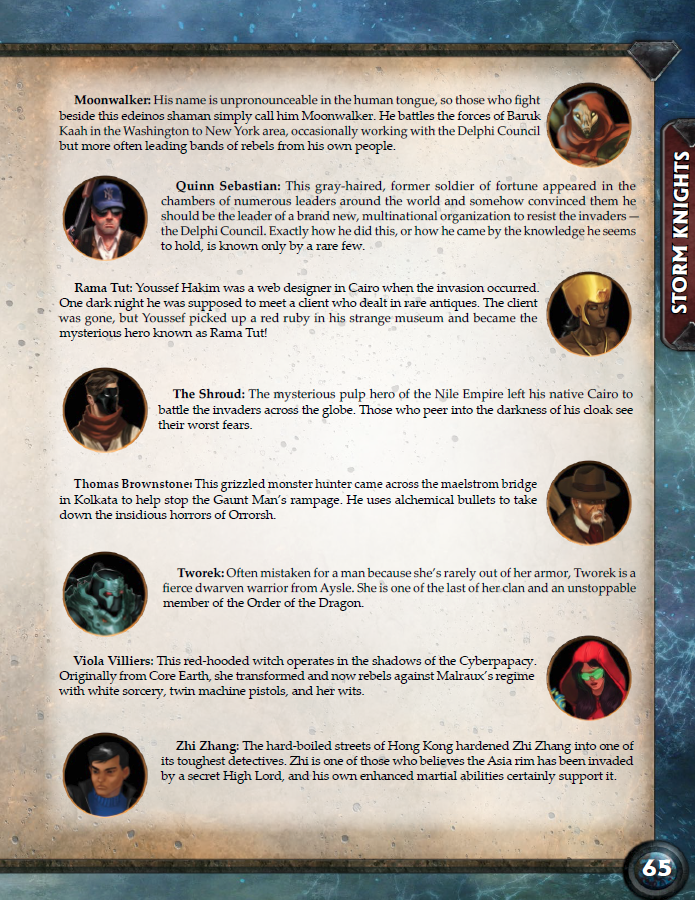 Over a dozen archetypes, many based on the iconic characters, will be included in a package with the Torg Eternity GM screen, including:

And don’t worry if you don’t want to use an archetype. There’s a full character generation system in the core book. 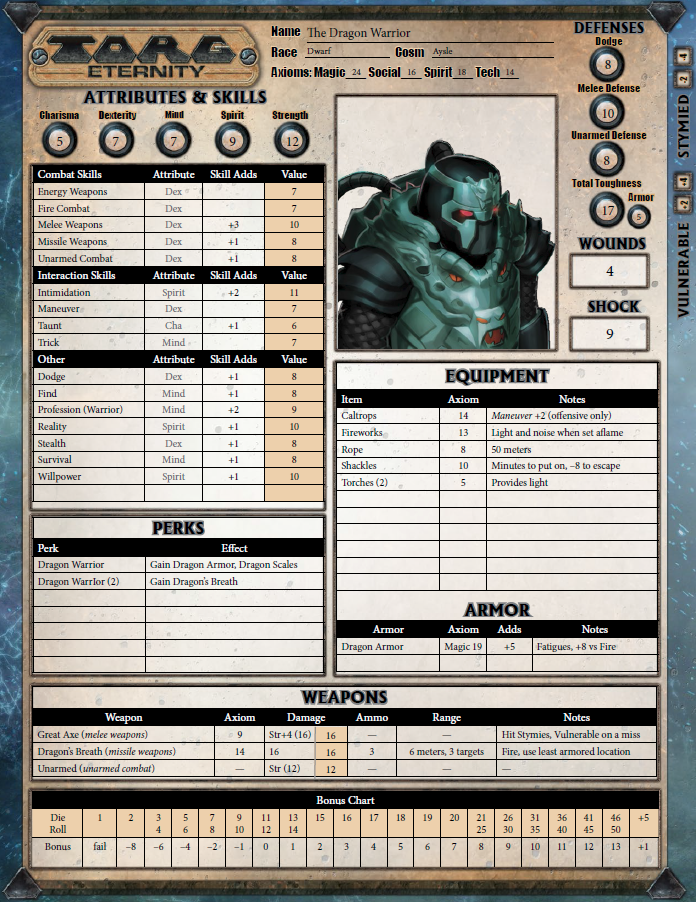 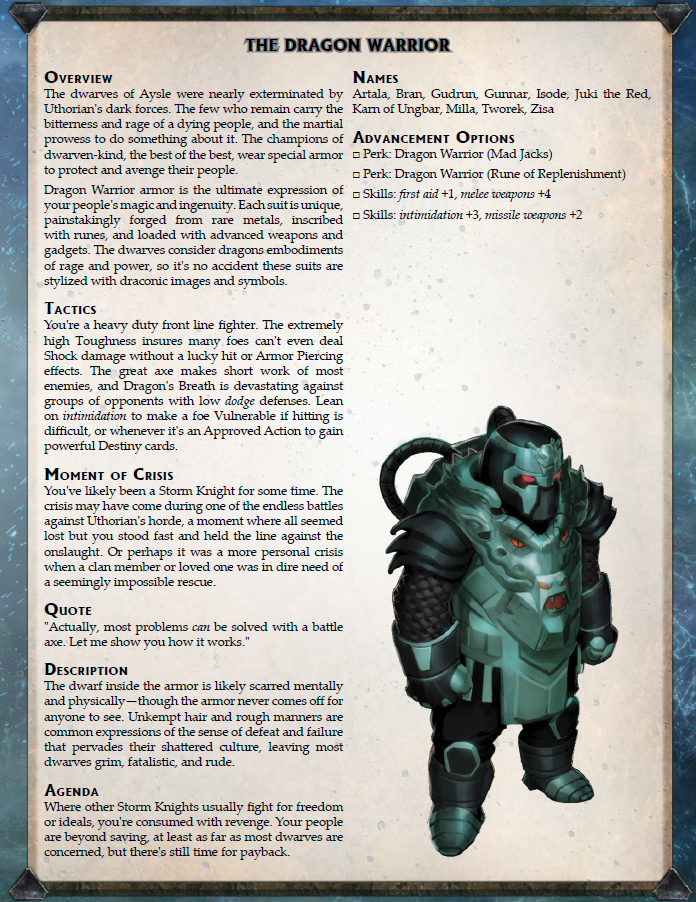 If you’re looking to get more information on Torg Eternity, or if you have any questions, just head on over to our forums and ask away!