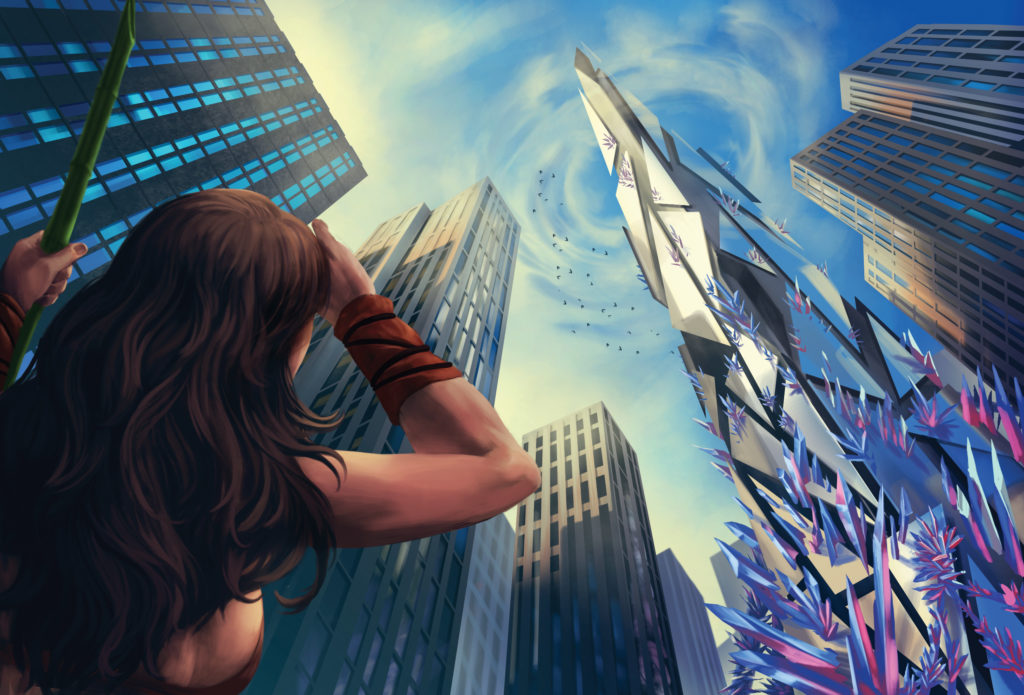 This week we take a closer look at Perks, one of the biggest changes from Original Torg.

Original Torg didn’t have Perks at all, though you could see the beginnings of them in pulp powers, martial arts, and the old Honor and Corruption abilities. Now Perks handle powers like spells, miracles, and psionic powers, and just about any special ability that you can take in Torg Eternity, even those that are more mundane in nature. Perks solve a lot of game design problems.

Perks also enable us to give mechanical heft to popular archetypes and really differentiate characters. A group of Storm Knights could consist entirely of melee combat specialists, but all play differently solely based on their Perk selection. Perks also provide a way to differentiate the various races and give each a distinct mechanical feel. However, even if your character is human, the different cosms have different Perks that allow the flavor of that reality shine through.

Perks are listed in groups of a common theme, often with similar prerequisites, especially with regards to the cosm your character is from. Here’s are some of the Perk categories included in the Torg Eternity core book, organized according to cosm:

Here are some of the Perks in detail. Please note we are still in the process of playtesting and some of the material may change.

First up is the Ion Gosuku Perk which defines the Electric Samurai archetype. Most Perks you select once, and that’s it. Others like Dragon Warrior and Ion Gosuku allow you to upgrade the Perk with additional options. 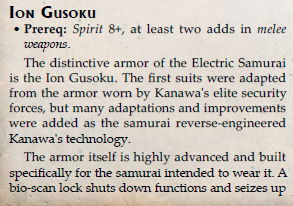 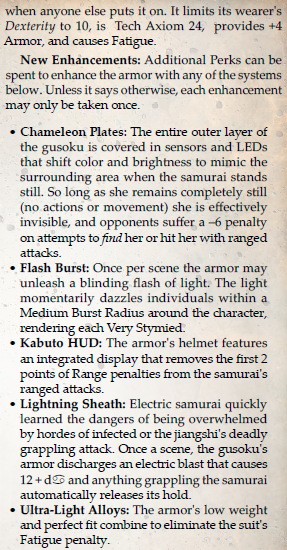 The ability to directly manipulate reality in all kinds of ways is the signature ability of Core Earth Storm Knights. Here’s a Reality Perk that directly allows the Realm Runner to do his thing—use stuff from all realities, no matter what the axiom is.

Pulp powers are handled significantly differently than in Original Torg. First, they don’t require a Possibility expenditure, and second, whether they’re an inherent power or from a gadget, pulp powers work the same no matter the trapping. Pulp powers have a base ability, but this ability can be enhanced in different ways depending on the exact power. In order to select an enhancement, the character must accept a Major Limitation or two Minor Limitations. Examples of Major Limitations are:

Examples of Minor Limitations include: 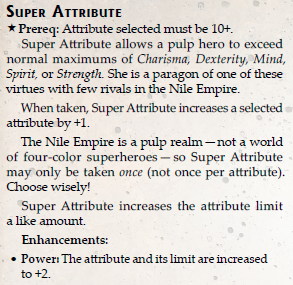 We also have Perks that emphasize the less ‘physical’ aspects of the game: 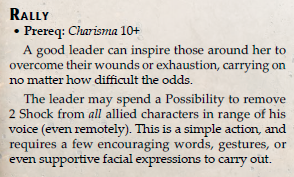 Finally, we’re introducing Ki Powers for Pan-Pacifica characters, which replicate the martial arts you see in many movies: