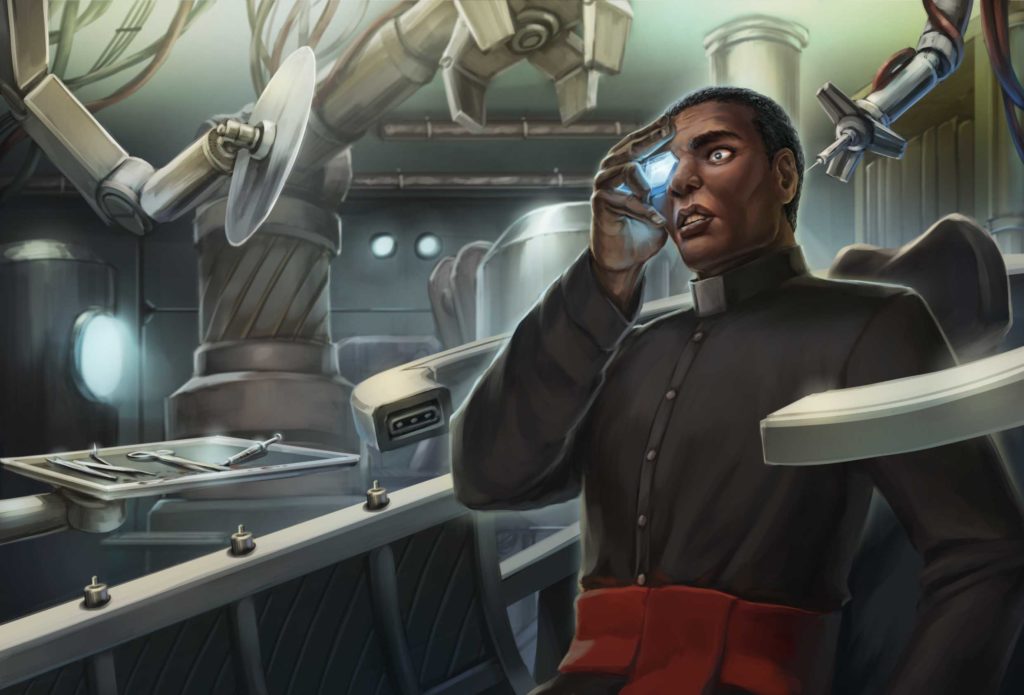 This week we continue looking at Perks with previews from additional categories, including those related to the Law of Light and Darkness in Aysle, Perks that emphasize the different aspects of non-human races, and cyberware.

Radiant is the base Light Perk, and is a prerequisite for the other Light Perks which include rejuvenating your allies and maybe even raising them from the dead. 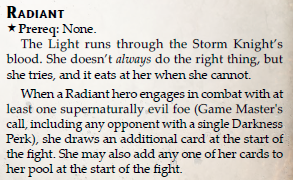 The Frightening Aspect Perk is the corresponding prerequisite for most of the other Darkness Perks. Favored is a new rule that was recently introduced. When a skill is Favored, the character can immediately re-roll the die after it is first rolled as long as it’s not a Mishap. He has to take the second result, however, for better or worse. This is a significant bonus, not only making high rolls more likely but also giving another opportunity to roll a 10 or 20.

The Cyberware and Occultech Perks represent the acquisition of cybernetics from the Cyberpapacy and Tharkold respectively. Storm Knights can gain cyberware or occultech via a Perk (they can buy it and have it implanted too, but it’s far more dangerous). This keeps cybernetics something special that only Storm Knights from the Cyberpapacy or Tharkold can acquire, much like pulp powers in the Nile Empire. Cyberware in Malraux’s realm is commonly available…but it’s also connected to the GodNet! Occultech is most commonly taken from the technodemons and corrupted by their foul touch. Fortunately, some of those in Tharkold know how to make the tech usable by others.

In addition to a racial benefit and drawback, non-human Storm Knights can select Perks that enhance their racial abilities or represent their culture.

Elves can be skilled sorcerers and archers or stealthy wardens, for example. Dwarves can wear the powerful Dragon Warrior armor, become more powerful by regaining lost honor, or harden themselves against the powers of the faithful due to their lack of esteem in the Aylish gods who neglected to aid them in their fight against Uthorion. Edeinos Perks emphasize their lizard-like nature, including gaining chameleon-like abilities, the ability to see in darkness, or hardening their skin so it functions as Armor. Perks can even represent ancient rituals: 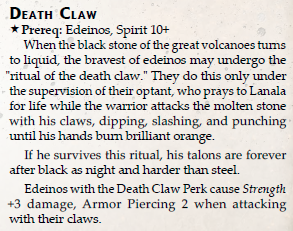 Some Perks represent animal companions, including the white wolves that often accompany elven wardens, and sabre-tooth cats who befriend some of the primitive humans and edeinos in the Living Land. 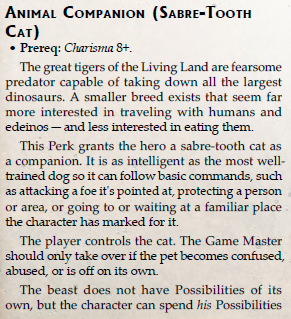 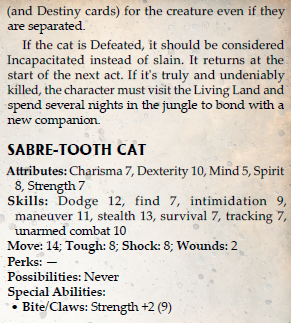 Some of the most interesting new Perks enhance those heroes who fight the Gaunt Man in Orrorsh. Many are very customizable as well, allowing multiple options each time the Perk is selected. These include alchemy (creation of special potions), bulletsmithing (creation of arcane bullets for a special weapon called a Slayer’s Gun), and the wearing of medals imbued with the faith of the Victorians. All of these abilities rely on the World Laws of Orrorsh (particularly the Law of Perseverance).

Sometimes these champions dabble in darker powers, which grant powerful abilities at risk of their very soul. 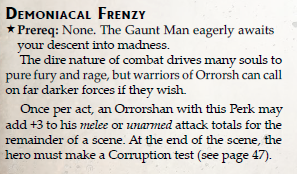 Even if you have a character with no “powers” you don’t miss out. Torg Eternity provides plenty of Perks that do extra damage when fighting unarmed, raise skill adds above the +5 add limit, and make one situationally aware. Here’s a Perk that emphasizes the character who wants to use the phrase “One shot, one kill.”

Do You Want To Know More?

That basically sums up our preview on Perks, but if you’d like to ask questions head on over to our forums.