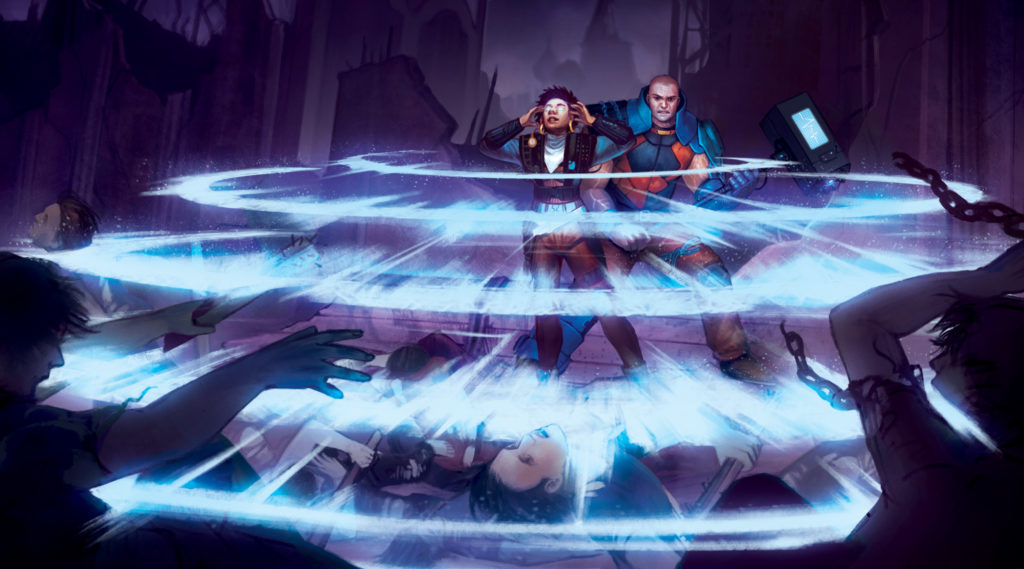 This week we get a bit more in depth with the new mechanics, specifically those dealing with spells, miracles, and psionics. For the sake of this preview, we’ll collectively call them “powers.” They’re described in separate chapters in Torg Eternity, but they have similar characteristics.

As mentioned in our first preview, we wanted to reduce the number of sub-systems while keeping the Torg flavor. This is one of the places where that philosophy has its biggest impact.

The divergent sub-systems in Original Torg are now combined into one system, though each of the categories of supernatural powers has their own tweaks on the general framework.

Each type of power has these features in common:

The spell lists included in the core book are:

The Nile Empire is not included in the core book as far as spellcasting goes, as we’re looking at doing something a bit different for pulp sorcerers and other Nile Empire archetypes.

Failing any sort of power test has a consequence, such as “Backlash” for magic. Regardless of cosm, the caster suffers 2 Shock, and if he rolls a Mishap, suffers an additional effect as well, such as:

One additional item of note is that if you’re casting a contradictory spell, and you get a Mishap, you take the additional backlash and disconnect.

Over 30 spells are included in Torg Eternity, along with several improvised magic spells for Aysle. 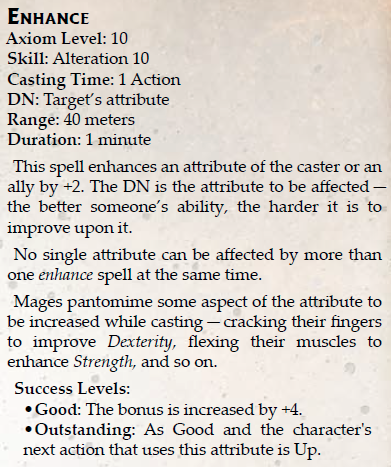 and here’s an Improvised Spell: 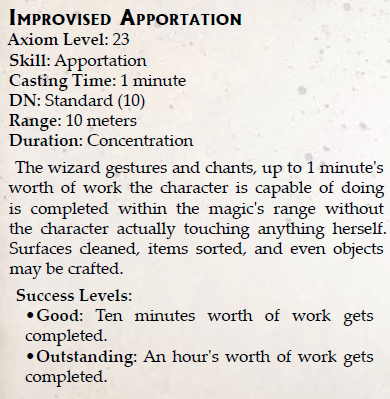 Miracles are invoked using the faith skill (still based on Spirit). Focus is no longer a skill in Torg Eternity. Additional believers can support the invocation by making a Combined Action, and grant the invoker a bonus depending on how many assist. The reason for only having one skill to invoke miracles is that miracles tend to be less diverse in their effects compared to magic and psionics.

There is no longer a spiritual struggle if a miracle is invoked on a person who has faith in a different belief. In addition, atheism no longer suppresses the invocation of miracles.

The miracle lists include:

There are over a dozen miracles in the core book, including: bless, healing, hellfire, and pillar of salt. 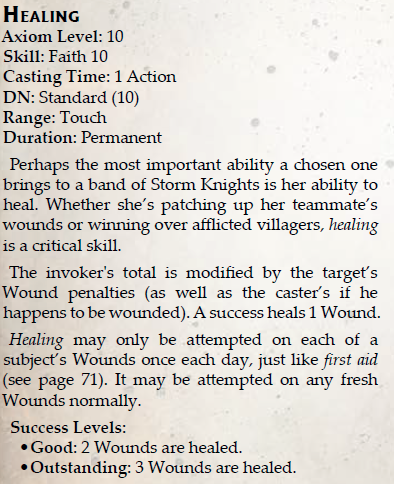 Psionic powers are manifested using one of three skills: kinesis (based on Spirit), precognition (based on Mind), and telepathy (based on Charisma).

The power lists given in the core book include:

Although the Nile Empire has a Social Axiom high enough to support some psionic powers, it hasn’t actually had any psis manifest as yet, unless they are trappings for what is actually a pulp power. 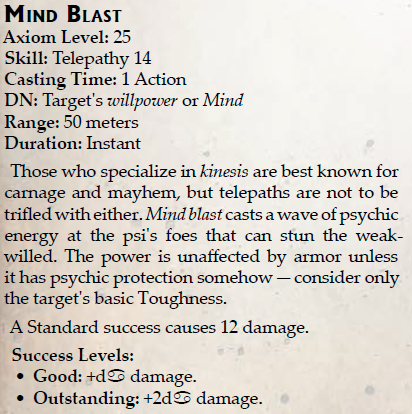 I’m sure this preview will spark lots of discussion and questions, so head on over to our forums and ask away!