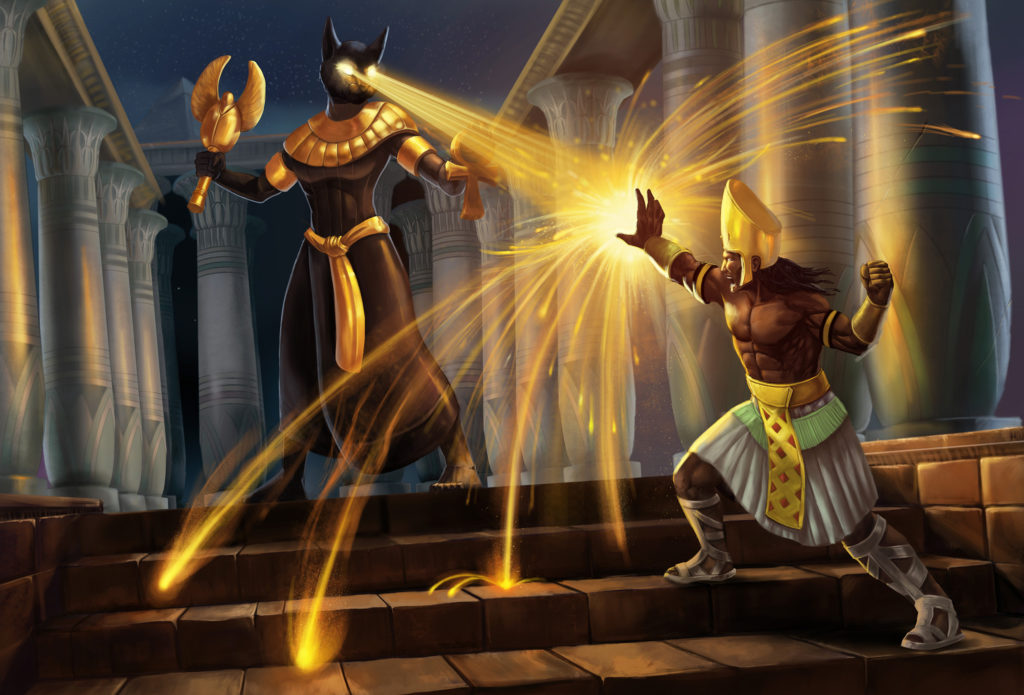 This week, two more cosms are previewed, one that’s mostly the same as in Original Torg, and one that’s quite a bit different: the Nile Empire and Tharkold. 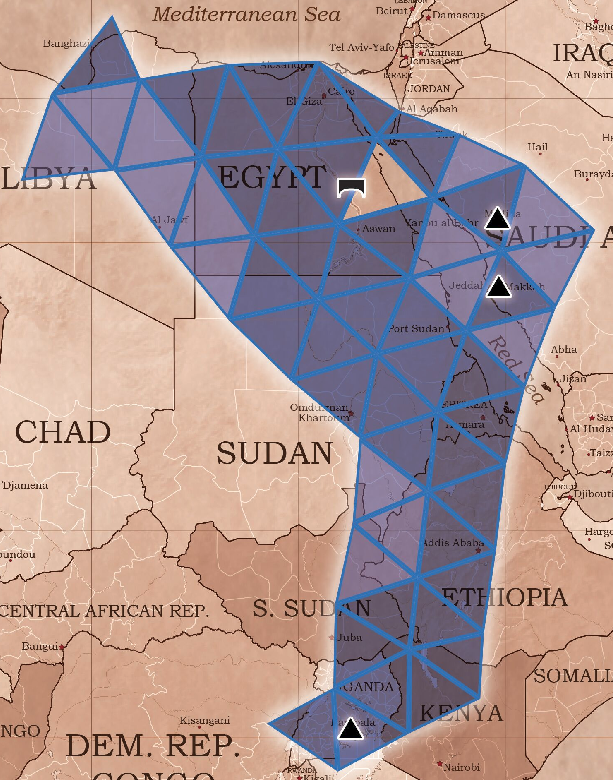 The Nile Empire is a realm of ACTION and HEROISM where the mysteries of ancient Egypt collide with the pulp stories of the 1930s! It is a nation where a brilliant weird scientist calls himself Pharaoh and rules his empire like the fascist dictatorships of pre-World War 2! Heroes and villains with superpowers and strange gadgets fight each other in the streets of Cairo! No other reality features as many exclamation points as the Nile Empire!

Adventures such as those seen in movies like Indiana Jones and The Phantom are common here. The Mummy might be a near-perfect example of the kinds of stories that can be told here.

The Nile Empire was the most popular realm of Original Torg, and as such there were only a few changes.

The realm has a moderately high Magic Axiom and a high Spirit Axiom, which support pulp sorcerers and a variant of the ancient Egyptian religion called Amaatism. Although technology is akin to the late 30s and early 40s, heroes and villains might wield weird science devices like ray-guns, jet packs, and force fields.

Pulp powers can be purchased by Nile Empire characters as Perks, narratively staged as powers or gadgets. Unlike Original Torg, weird science devices no longer have a Tech Axiom. They’re supported by the reality’s World Laws instead. Another change is that the power level is a bit more subdued to reflect the original pulp influences rather than the “four-color” modern comics (most of the time anyway).

The World Laws of the Nile Empire reflect the action-packed and melodramatic nature of the stories told in the pulps. 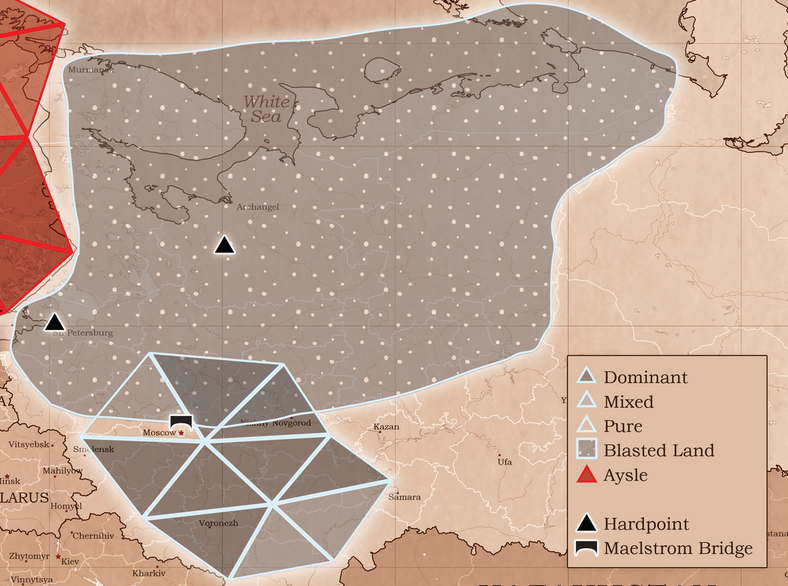 Tharkold is a realm of Cold War-style techno-horror in the cities, with near post-apocalyptic survival in vast stretches of the plains between. Demons equipped with cybertech, known as Tharkoldu, or technodemons, rule enslaved humans known as “The Race.” Adventures inspired by movies such as Mad Max, Terminator, and Hellraiser will fit in well here.

In Original Torg, the cyberdemons were relatively common. Now they’re far more rare, acting more like “archdukes” over legions of thralls and enslaved humans. Another difference is that in Original Torg the Tharkold invasion of Russia was prevented through the actions of Russian psychics. They destroyed several stelae before the invasion, and when the maelstrom bridge came down, the backlash blasted Tharkold so badly they didn’t come back until almost two years later. In Torg Eternity, the resistance was far less successful.

This time the invasion succeeded. President Volkov, fearing the fall of his country in the face of such a powerful threat, launched a tactical nuclear strike against the maelstrom bridge in Moscow. The ensuing explosion was magnitudes worse than expected. A Duke of Tharkold and his army were destroyed and a massive plume of radioactive material, demonic refuse, and shattered pieces of the Tharkold bridge spread over a wide area of Russia north of Moscow. This region is now known as the Blasted Land, and is a Core Earth/Tharkold Mixed Zone.

Tharkold defiantly dropped another bridge shortly thereafter. Desperate, President Volkov agreed to a truce with High Lord Kranod . Some say “The Wolf” sold out the Russian people, others that he took the only measure possible to save the nation.

The birth of the Blasted Land and the Tharkoldu’s natural laziness has prevented much expansion of the realm. Now Russians and humans from Tharkold race across the radioactive wasteland, looking for strange relics left in the wake of the blasted bridge, while the common folk resist the depravities of their new masters as best they can.

Tharkold is a world of cybertech, psionics, and demonic magic. Although Tharkold’s Social Axiom is high, the brutish nature of the reality and the submissive culture of the demon’s thralls keeps resistance limited. The low Spiritual Axiom also hampers those who might use miracles to thwart what may be the invasion’s most powerful forces.

Tharkold’s World Laws invoke the nasty and cruel nature of the cosm.

Head over to our forums so that the Insidious Wu Han can explain his dastardly plan! Muahahahahahahah!!!!