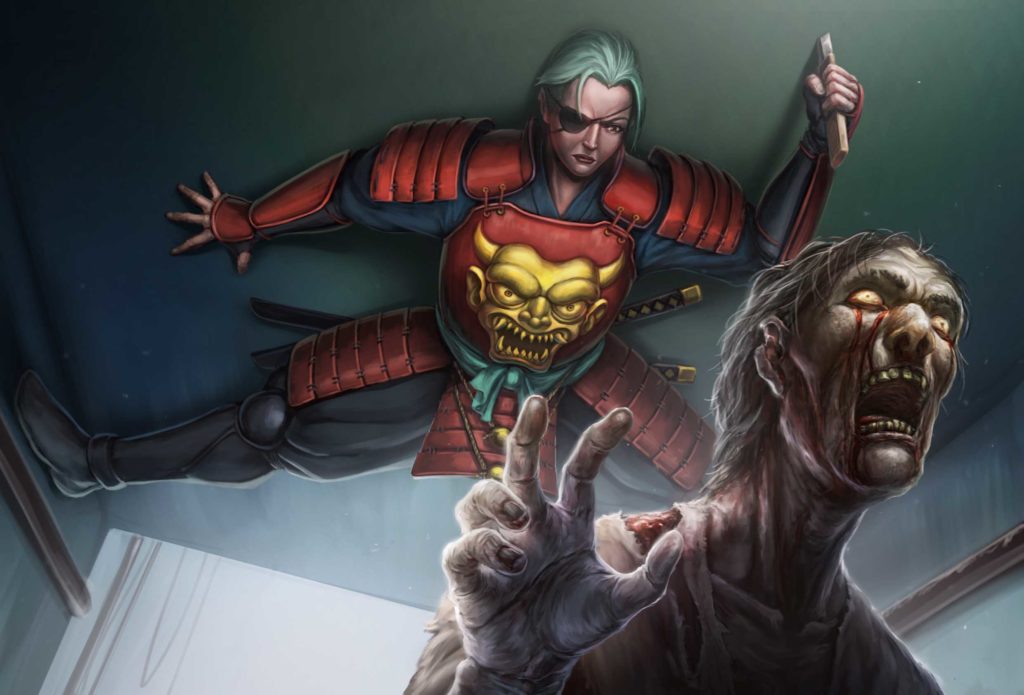 This week, the final two invading cosms are previewed, both of which have some significant differences from Original Torg: Pan-Pacifica and Orrorsh. 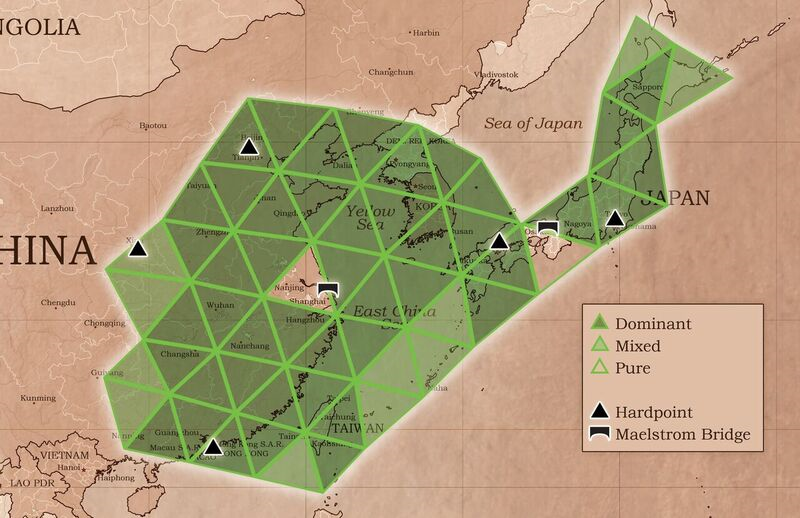 Pan-Pacifica is the cosm of intrigue, heists, and science run amok. Formerly known as Nippon Tech, Pan-Pacifica has a wider scope given the rise of China over the last 25 years. It’s still a realm where ancient martial arts combines with technology “slightly ahead of our time.” Like Original Torg, Pan-Pacifica has invaded secretly, but that isn’t to say that people think life is normal here. They know something is happening, but can’t agree on exactly what.

It started with a pandemic that erupted the day the invaders arrived. This plague turns men and women into raving cannibals with incredible speed and strength, so the press labeled them “jiangshi,” or “hopping vampires.” The virus threatened to collapse every nation in the region until the Kanawa Corporation stepped up to help. Kanawa’s corporate security forces and biological engineers have managed to curtail spread of the virus. Kanawa Corporation representatives are now deeply involved with the governments of the region, and while their methods are draconian at best, they are proving effective. As has happened many times in recent history, the populace of the Pan-Pacific nations must choose between freedom and security.

The Delphi Council strongly suspects that an invader has taken over the region, but ‘fake news’ and social media campaigns have blunted effective resistance to Kanawa or the multiple regimes they work with.

On the game side, Pan-Pacifica was a unique challenge to update. In many ways, our technology has actually surpassed that of the original Nippon Tech. The focus is now more on biotech, psionics (arising from mutants), and advanced social and psychological warfare. However, you can still count on there being corporate thugs, yakuza, and ninjas. Lots and lots of ninjas. 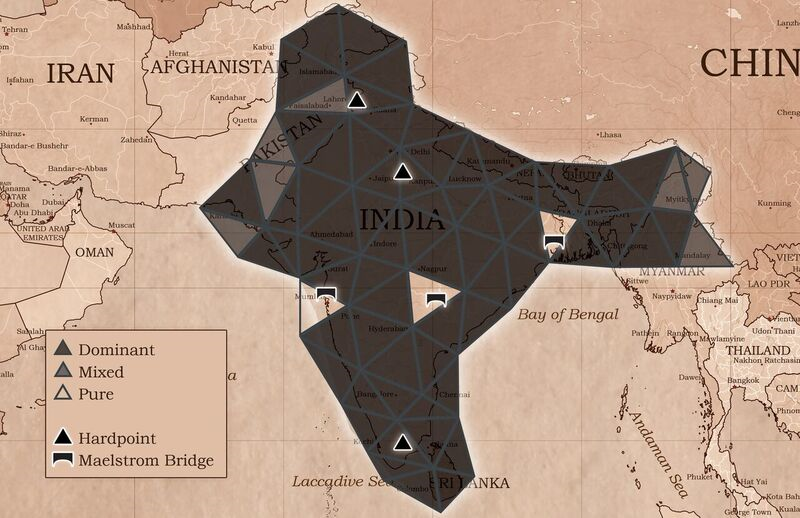 Orrorsh is the reality of Victorian gothic horror, taking inspiration from such works as Frankenstein, Dracula, and Dr. Jekyll and Mr. Hyde. Orrorsh is ruled by the Gaunt Man, the erstwhile leader of the entire invasion. It was he who found our Earth, and it was he who organized the other High Lords in their coordinated attack.

In Original Torg, Orrorsh landed in Indonesia, but in Torg Eternity, it’s in India. In fact, the entire sub-continent as well as Sri Lanka disappeared behind the stelae boundary immediately when the Gaunt Man dropped his maelstrom bridge. The other significant difference is that unlike in Original Torg, where the Gaunt Man was trapped in a maelstrom for two years, the Earth in Torg Eternity gets no respite.

The Victorians, people from the remaining bastion of civilization on a world called Gaea, arrived soon after to offer their assistance to the desperate natives of Earth. This assistance is not entirely welcome, as India remembers the last time “British” forces were in India. Still, the priests of the Sacellum accompanied the Victorian soldiers. Their version of Christianity is harsh, filled with “fire and brimstone” but their powerful miracles has meant that the hundreds of millions of people in India will not starve.

It’s said that in Original Torg Orrorsh was “where Storm Knights go to die.” Orrorsh is still deadly and dangerous, but we’ve given heroes a few more tools to fight the forces of darkness with. New Occult Perks such as Medals (spiritual items awarded by the Victorians to those who do heroic deeds), Alchemy (potions useable against multiple types of foes, including horrors), and Bulletsmith (custom ammo for “Slayers Guns”) give Storm Knights unique ways to fight the High Lords.

Head on over to our forums to get more information on these two realms.