Vistas of the Theater Knights

In the Gods of Aventuria crowdfunding, you will be able to get the last three volumes of the six-module campaign about the Theater Knights. The stakes are rising from intrigue and conspiracy to open war. You will take the fight to the enemy and usher open the door to a new era for the Bornland. There are a lot of exciting areas to visit along the way.

This article contains minor spoilers, but nothing that should lessen your enjoyment as a player. Let us take you on a tour through the Bornland, and its wonderous vistas. 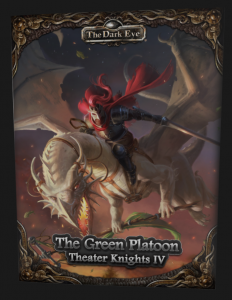 In The Green Platoon, you will cross Seweria, the largest and northernmost province of the Bornland. You will discover secrets deep in its sprawling woods and deadly swamps. You will encounter the Bronnjars, the undisputed rulers of their fiefdoms, either as friends or as foes in your quest for the fate of the country.

Close to the Iron Edge and on the other side of the Walsach river, it can be disputed if Notmarch is even part of Aventuria anymore. It has never been taken by force and is built on top of a settlement that predates and human settlement in this region. The people of Notmarch are serfs, poor and afraid, living in the shadow of their tyrant’s castle. A forest of gallows reminding them of the fate that any transgression against the will of their master might entail.

Norbury is a city of commerce and science in the domain of a weak ruler, a bastard without heirs. The merchants have taken on the power to rule, and any trade is welcome. While little regarded for it by its Bornish inhabitants, Norbury is also a center of Norbard religion. The first books on the topics of hygiene and germs were written here, and at the local academy mages, elves, and witches study the art of healing. Norbury is also city of music. Gongs mark each important occasion, ringing from the cities many bulbous spires. As you visit the city, a big convention of bards from all over Aventuria is celebrating their art in every street and tavern throughout the city. 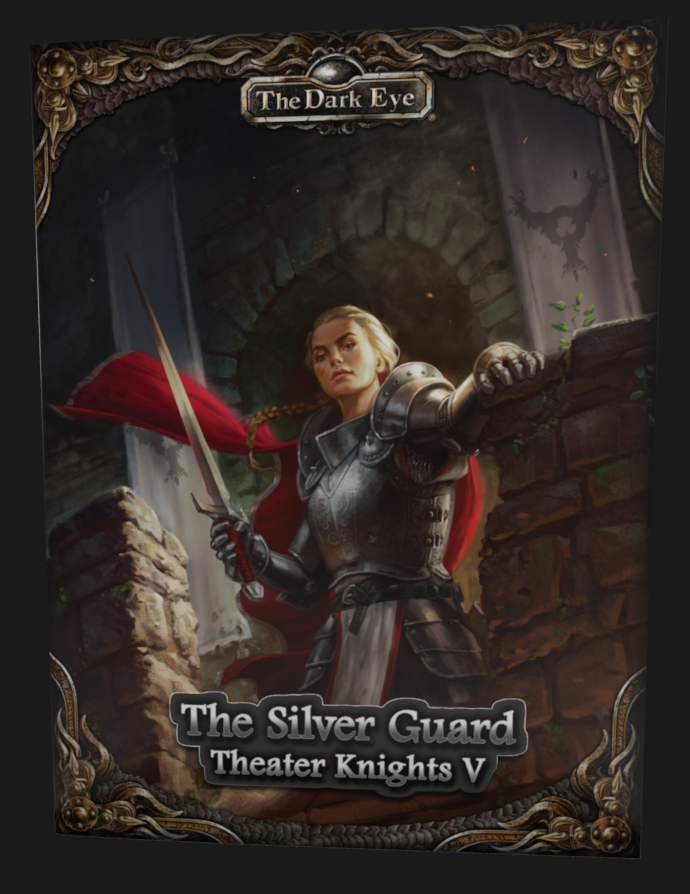 The fifth installment of the Theater Knights campaign will take you along the river Walsach and deep into the valleys of the Iron Edge. You will meet river pirates, and the knightly Order of the Ram tasked with guarding the Transweal, the wild and enchanted land between the river and the Iron Edge. It is said to be the home of talking animals, fairies, witches, and even stranger, more dreadful creatures.

The Walsach is a wild and treacherous river. Where the Born is the benevolent father of the Bornland, the Walsach is a harsh and vicious guardian at its border. Its many tributary streams spring from the heart of the Iron Edge and are said to be enchanted or, in the case of the icy Nagrach, cursed. The Walsach is never easy to navigate, and pirates and other lowlifes lurk along its shore.

No mountain range reaches further into the Heavens than the Iron Edge. It is the border of Aventuria, a border no mortal has crossed and lived to tell the tale. In ancient times Ingerimm, the god of fire and ore, forged the Edge to cut Aventuria away from the Hordes of the Nameless One. Rumor has it, that they are still lurking on the other side of the mountain range. The deep valleys of the Iron Edge are large enough to hide kingdoms, and few of them ever have been touched by a human foot. The mountains are home to dragons and monsters, unafraid of any mortal blade or magic. 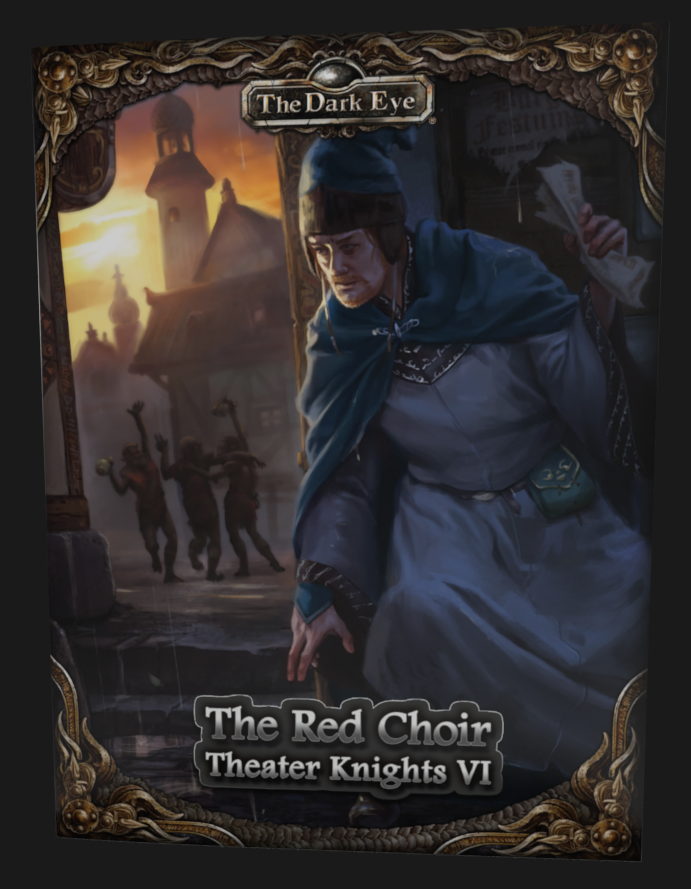 The last part of the Theater Knights campaign brings you back to Festum. Here the Bronnjars convene to elect their new leader, who should guide them through these years full of challenge. You, as heroes of the land, will play your role in the election. But as the rulers are busy with politics, cults, new and old, gather their followers and strange things are happening in the alleys of the city.

This poor and vile-smelling part of town is where the goblins of Festum reside. They live as citizens of Festum and do their work as tanners and rat catchers, but they remain second class citizens, looked down upon by most other citizens. They are keeping their own culture, and they are contributing to Festum, doing work few humans dare to. Still, they share the Tanner’s Quarters with those humans who are down on their luck and find no other place to go.

Festum’s scholars, artists, and free spirits gather around the temple of Hesinde. Here you can find the mages‘ academy, a school of alchemy, and the city theaters. Students develop new ideas inspired by the cosmopolitan atmosphere of Hesinde’s Village and the neighboring harbor. Meeting up in numerous bars and taverns around the quarter. But their thirst for knowledge might bear the seed of rebellion.

Visit the Bornland and these places in your Theater Knights campaign. The first three books are available now, and the last three are released with the Gods of Aventuria crowdfunding, starting on GameOnTabletop.com on July 21st.

4 thoughts on “Vistas of the Theater Knights”