The core books of the new edition of Fading Suns continue the legacy of the 15 major factions. Let’s summarize them briefly, for newcomers: 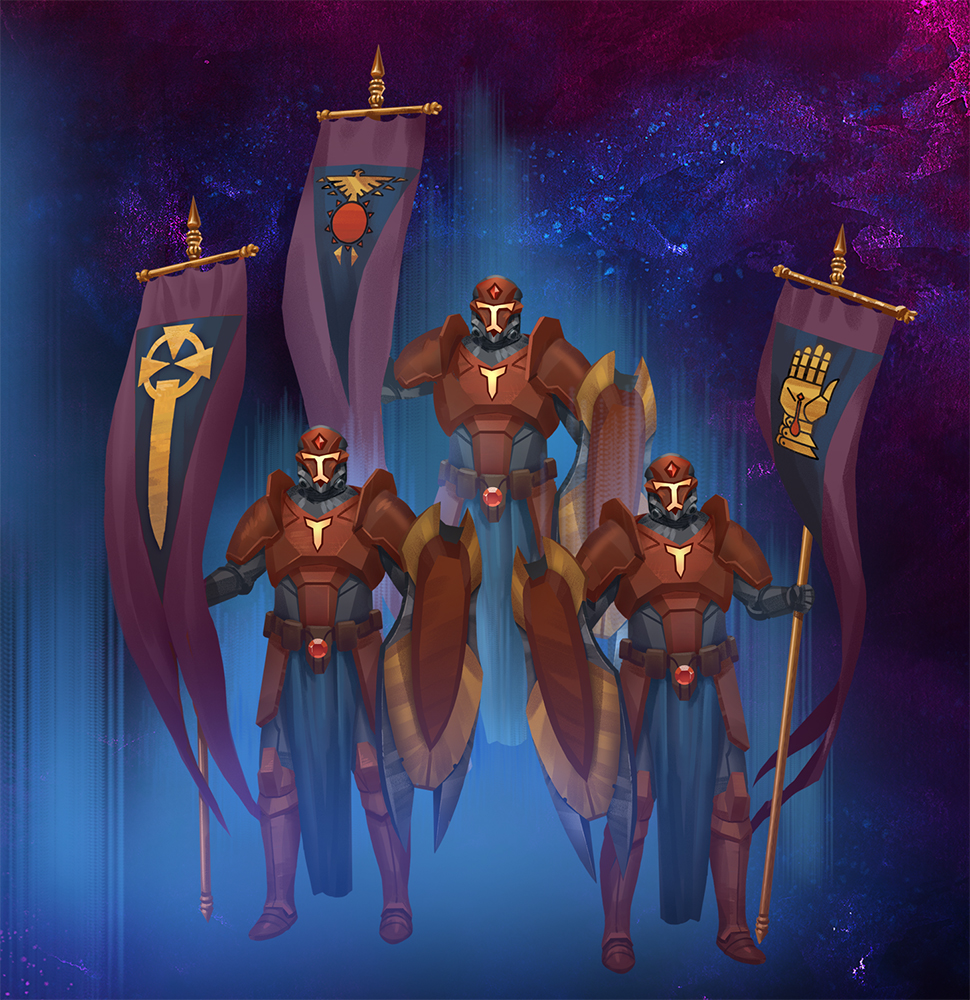 There are many noble houses, but only five Royal Houses, so-called because their Princes (the heads of their houses) hold vote scepters. These rods allow them a say in determining who shall be emperor upon the death of the current emperor. The houses (and the stereotypical lenses through which others view them) are: House a-Malik (the exotic house), House Decados (the scheming house), House Hawkwood (the regal house), the Hazat (the militant house), and House Li Halan (the pious house).

The Universal Church of the Celestial Sun is riven with sectarianism. The Orthodoxy maintains the most power, but it has reluctantly recognized other orders and sects as having a vital place within Church hierarchy. They are: Brother Battle (warrior monks), the Eskatonic Order (esoterics), Sanctuary Aeon (compassionates), Temple Avesti (zealots), and the Urth Orthodoxy (ecclesiasticals).

The Merchant League includes a plethora of guilds, but five among them hold the greatest power: the Charioteers (travelers), the Engineers (techies), the Muster (soldiers/skilled labor), the Reeves (the law/banking), and the Scravers (thieves).

Freepersons don’t hold any institutional power. Those who don’t join the priesthood or a guild must find a society that will have them and succor them in times of need. Some of the more well-known societies of yeomen include: the Dispossessed (mercenaries), the Frontier for Alien Rights (pro-alien activists), the Society of St. Paulus (explorers), the Vagabonds (space hobos), and the Vuldrok (barbarians), those individuals who roam the Known Worlds far from their own star-nations.

Those are the major factions. There are many minor factions, from noble houses who are barely hanging on to their titles and lands, Church sects who are disfavored by the Orthodoxy (as well as pagans who don’t fit into the Church hierarchy at all), and minor guilds, from Brewers to Slayers.

The three core books (Universe Book, Characters Book, and Gamemasters Book) present the major factions, just as in previous editions. A special Factions Book provides the minor factions (as well as many alien species and the Changed mutants). 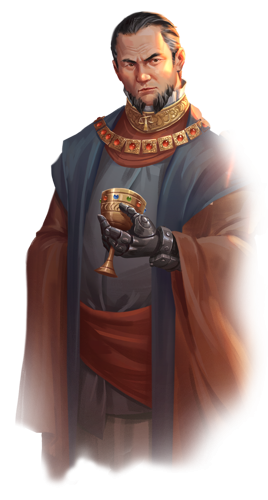 Faction is a vital part of a character’s identity. When you play a noble, you’re not just a generic aristocrat. You come from a bloodline that has a history and a culture of its own. Whether you’re a Hawkwood or a Juandaastas, you are raised to hold specific family values and exhibit behaviors that win honor and recognition among your relations. The same is true of Church sects and guilds, although without the family factor (usually).

From a rules perspective, your faction gives your character a blessing and a curse: a character quirk that can help or harm them in certain situations. It also gives you a material award, an item or tech device that every member of the faction gains upon graduating their apprenticeship.

Each faction also has a favored calling, a profession that gains the most attention from its leaders. Certainly, members pursue many professions, but those that follow their faction’s favored calling have a faster track to riches and rank. The Reeves, for instance, lavish the most attention on their lawyers. A Reeve bounty hunter (debt collector) can still gain promotion and wealth, but they don’t tend to be the rising stars that lawyers are. The Decados love their sybarites; they also honor courtiers and commanders, but those who hold the most outrageous social events get the lion’s share of glory.

In rules terms, those who follow their faction’s favored calling get to choose class perks for their calling perks. (We’ll talk more about these in future diaries.)

Read the most recent designer diaries: